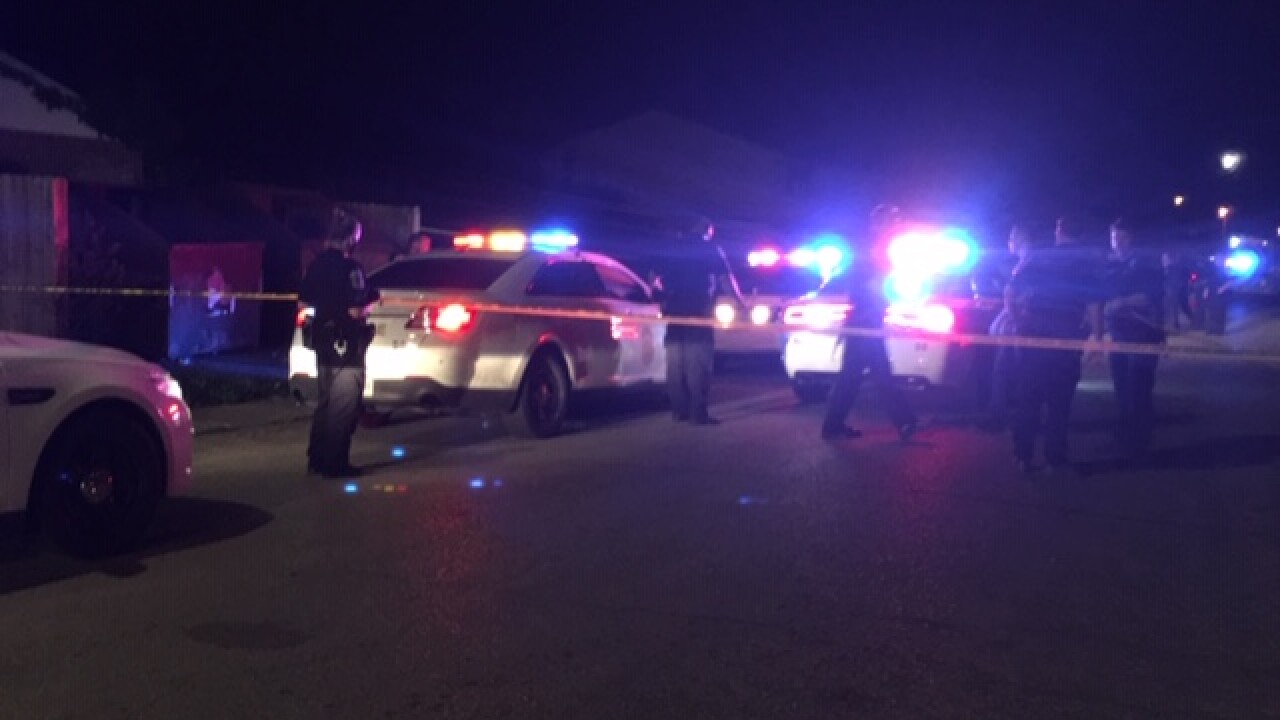 INDIANAPOLIS — It's been a violent 12 hours across Indianapolis.

Four people have died, three of which were the result of gunfire.

The most recent shooting happened on Brentwood Drive, near 42nd Street and Post Road on the city's northeast side.

Indianapolis Metropolitan Police Department officers found a man lying near a guardrail with gunshot wounds just before 2 a.m. on Thursday.

According to police, the victim may have had other injuries, as well. He was pronounced dead at the scene.

Just after 10 p.m. on Wednesday night, IMPD was called to John Marshall Drive, near 38th Street and Mitthoeffer Road. Officers say a fight happened in a parking area of an apartment building.

Then, officers found a man in a wheelchair with a gunshot wound. He was taken to the hospital where he later died.

Police have not released any information on a suspect in this case.

MORE | Person dies after shooting on Indianapolis' northeast side |

The third deadly shooting happened on Indy's west side around 9:45 p.m. Wednesday.

According to IMPD, an altercation happened about four hours before the shooting occurred in the 5400 Block of Scarlet Drive, near West 34th Street and Moller Road. Police were called to the scene to investigate the disturbance.

Officers on the scene said a person of interest had been taken into custody, and there is no threat to the public.

MORE | One killed in shooting on Indianapolis' west side, IMPD says |

IMPD homicide detectives were also called to investigate a dead body found around 9 p.m. in the 600 Block of North Linwood Avenue, near East Michigan Street and Emerson Avenue.

Additional details regarding the investigation have not been released.