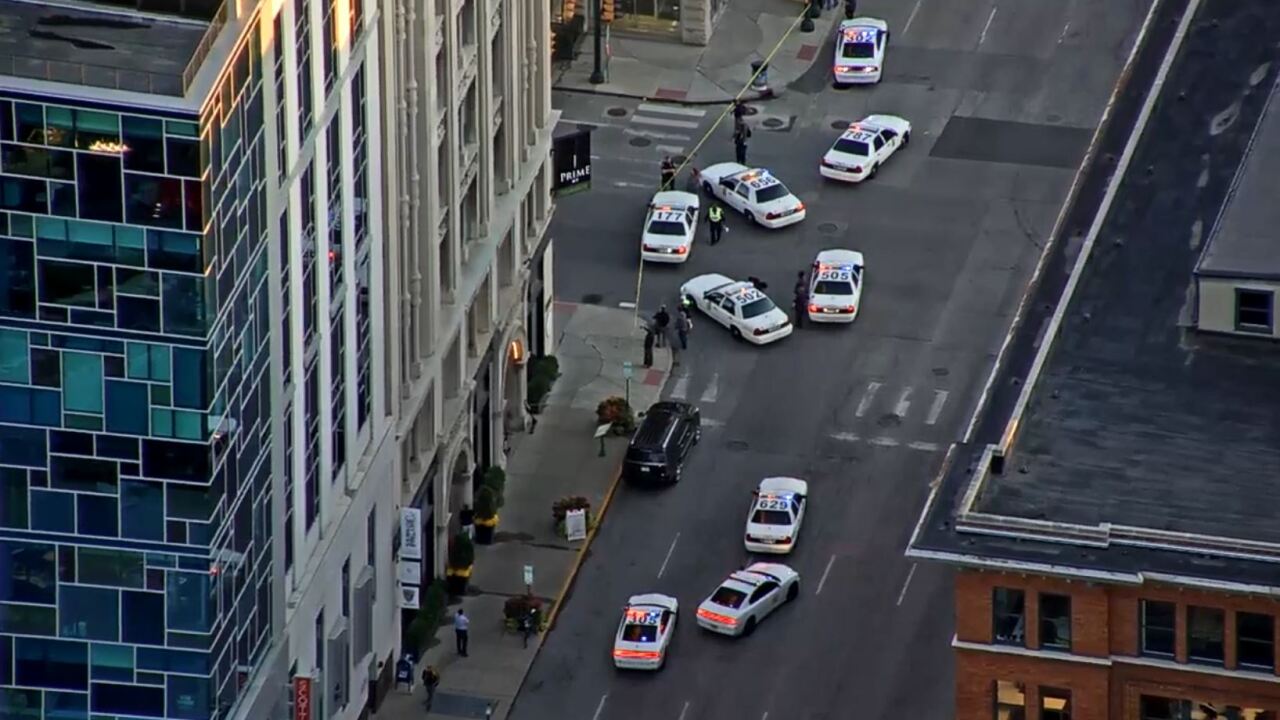 INDIANAPOLIS — Police are investigating after a man accused of fatally stabbing his mother was found suffering from a gunshot wound Monday evening in downtown Indianapolis.

The man, Vinson Edge, 39, was shot in the leg and taken to Eskenazi Hospital in stable condition, Cook said. He is accused of stabbing his mother to death Sunday night in Speedway.

Anyone with information on the incident is asked to call Crime Stoppers of Central Indiana at 317-262-TIPS (8477).