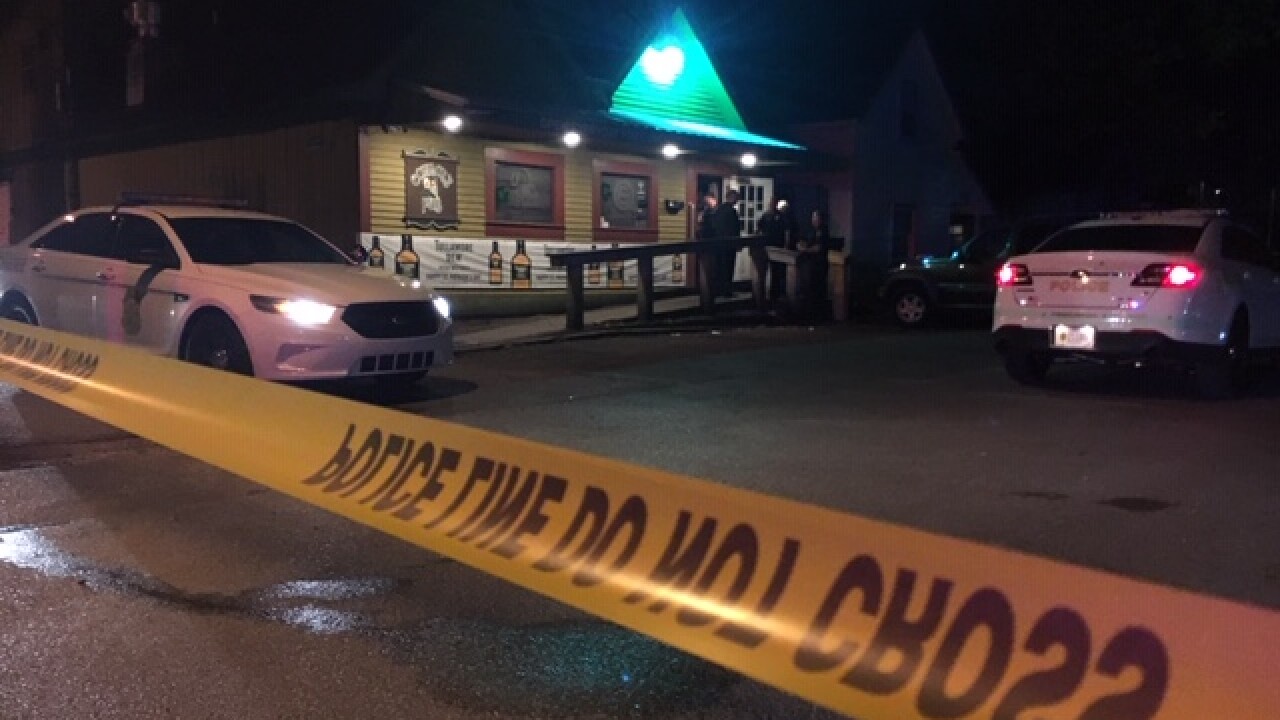 A man is dead after a shooting at a bar in Broad Ripple early Thursday morning on October 3, 2019.

UPDATE: A spokesman with the Indianapolis Metropolitan Police Department on Tuesday said the woman who was sought as a 'person of interest' by police in the deadly Connor's Pub shooting was not arrested or charged with a crime. The woman was released after speaking with detectives.

INDIANAPOLIS — Police have located a woman wanted for questioning in connection with a deadly shooting at a pub in Broad Ripple.

IMPD Homicide Detectives released the following images of a woman they are calling a "person of interest" in the homicide at Connor's Pub on October 3, 2019. On Monday afternoon, police said detectives have located the woman.

Police say Alfred Hayes Jr., 36, was shot and killed for an unknown reason at that location around 3:30 a.m.

Police say the location of the shooting is a popular after-hours area in Broad Ripple and there were likely several people in the area at the time of the shooting.

The shooting remains under investigation, anyone with information or who can identify the woman above should contact IMPD or Crime Stoppers of Central Indiana at 317-262-8477.