IMPD seizes $2.1 million worth of cocaine during traffic stop 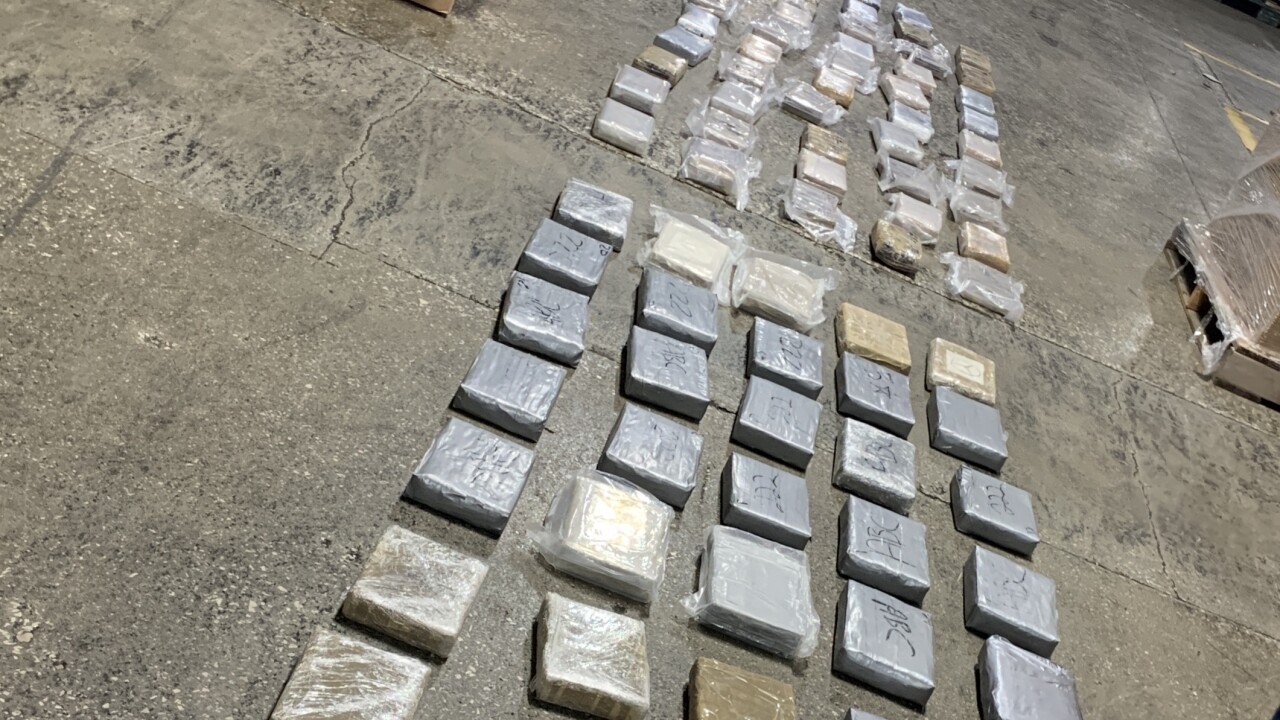 INDIANAPOLIS — Officers with the Indianapolis Metropolitan Police Department seized more than $2.1 million worth of cocaine during a traffic stop late Sunday.

According to a report from IMPD, officers stopped a semi tractor trailer on Interstate 465 at the Kentucky Avenue exit around 9:15 p.m. Sunday. The truck, with Ontario plates, had committed a traffic violation.

Officers interviewed the driver and a passenger and discovered the information they were providing weas inconsistent with the truck driver's log book entries. The driver and passenger consented to a search of the semi truck and contents in the trailer and during the search officers recovered 88 kilos of cocaine valued at $2.1 million.

A 57-year-old man and a 55-year-old man were arrested for their involvement in the incident. RTV6 is not identifying the men pending the filing of formal criminal charges.