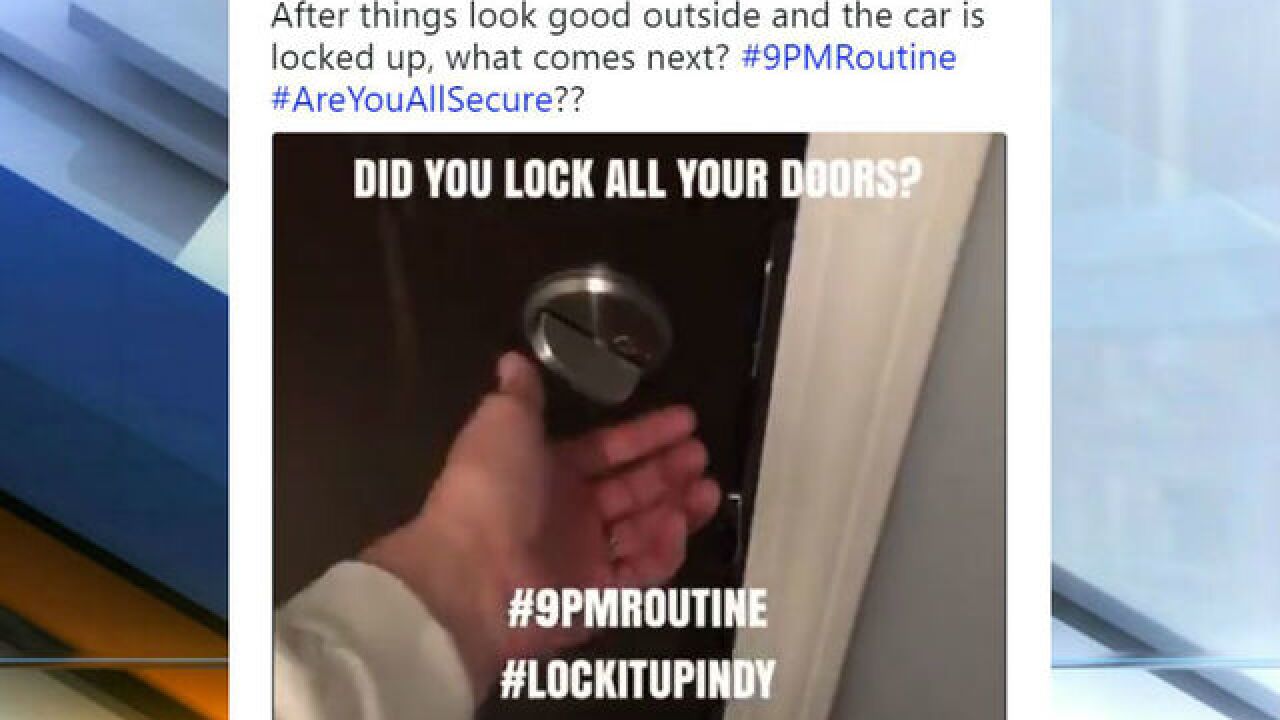 Every night at 9 p.m., the IMPD Twitter account has started tweeting about the #9PMRoutine, where you make sure everything is locked up before you go to bed.

After things look good outside and the car is locked up, what comes next? #9PMRoutine #AreYouAllSecure?? pic.twitter.com/8ZzmTqDQuL

It's time for #9PMRoutine! Lights on inside and out! Vehicle free of all valuables! Guns locked up! #CheckIn w/us when you're done and tell us how you'll be relaxing tonight knowing its all secure! And Don't forget to say #GoodNightIndy! #LockItUpIndy pic.twitter.com/HfWs3petxw

#9PMRoutine will keep you on time in the morning because you won’t have to file a #policereport on a theft from vehicle! #LockItUpIndy pic.twitter.com/uLpKAe5aIO

You know who’s awesome? You’re awesome! Especially when you do your #9PMRoutine! Makes us want to: pic.twitter.com/BmbfbMi4OL

IMPD is encouraging people to check in with them, to let them know when they're all set for the night.

I’m all locked up and even ran my dishwasher!

"It has gone international," a spokesperson for the sheriff's office said, according to Fox 13. "We've had law enforcement agencies from across the country, from around the world, who have borrowed this," said Doll.

So before you head to bed, do the #9PMRoutine, as it may stop you from becoming a victim. And let @IMPDnews know you've done it!