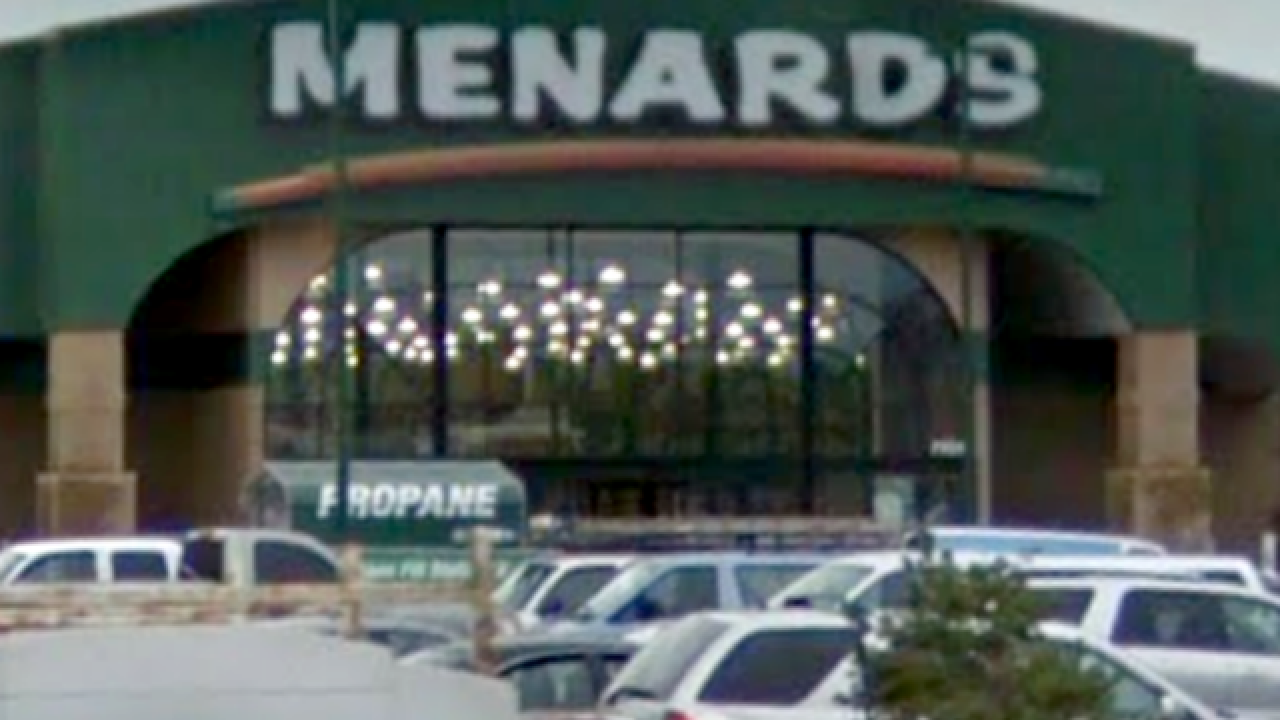 INDIANAPOLIS -- Indianapolis police are looking for a woman accused of shoplifting and throwing her own feces at an employee of an east side Menards.

According to an incident report filed in the case, IMPD officers were dispatched to the Menards location at 7701 E. 42nd Street around noon on Tuesday.

Upon arrival, they spoke with the store’s loss prevention officer, who told them he’d spotted a woman take a video camera out of its box and place it into her open personal bag.

When the loss prevention officer attempted to stop the woman from leaving the store, she “reached behind her and dug into her pants and pulled out a handful of feces and threw it at him, striking him on his chest.”

The loss prevention officer said the woman then ran out of the door.

Police said the stolen camera was eventually recovered, and investigators were able to recover surveillance video. The woman had not yet been identified.