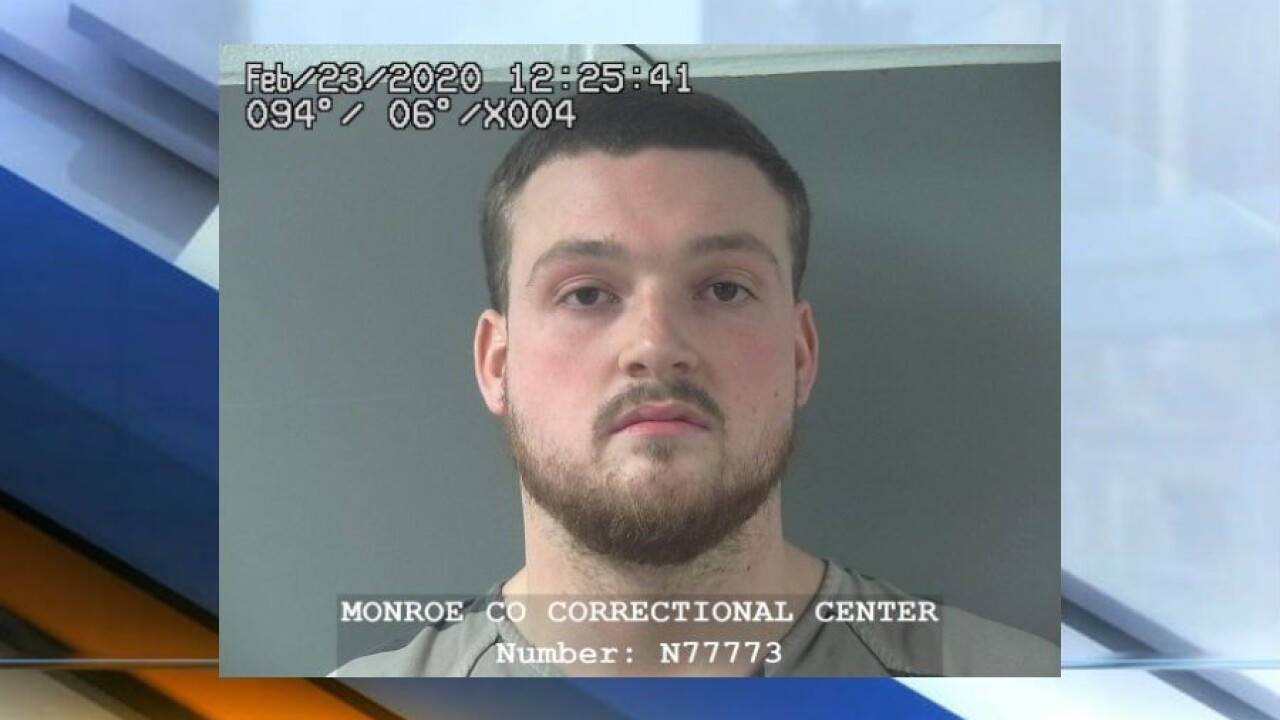 Peyton Hendershot, 20, of Bloomington, a sophomore redshirt tight-end, was arrested around 11:15 p.m. after an alleged incident at an apartment complex on the city's south side, according to a press release from the Bloomington Police Department.

Hendershot was arrested and charged on the suspicion of residential entry, domestic battery, criminal conversion, and criminal mischief, according to the release.

Formal charges have not been filed, according to online court records.

IU Athletics released the following statement on his arrest:

“Indiana University Athletics is aware of the arrest of redshirt sophomore Peyton Hendershot. IU Athletics will continue to gather facts, cooperate with and monitor the legal and administrative processes, and take further action as the evolving situation warrants.”