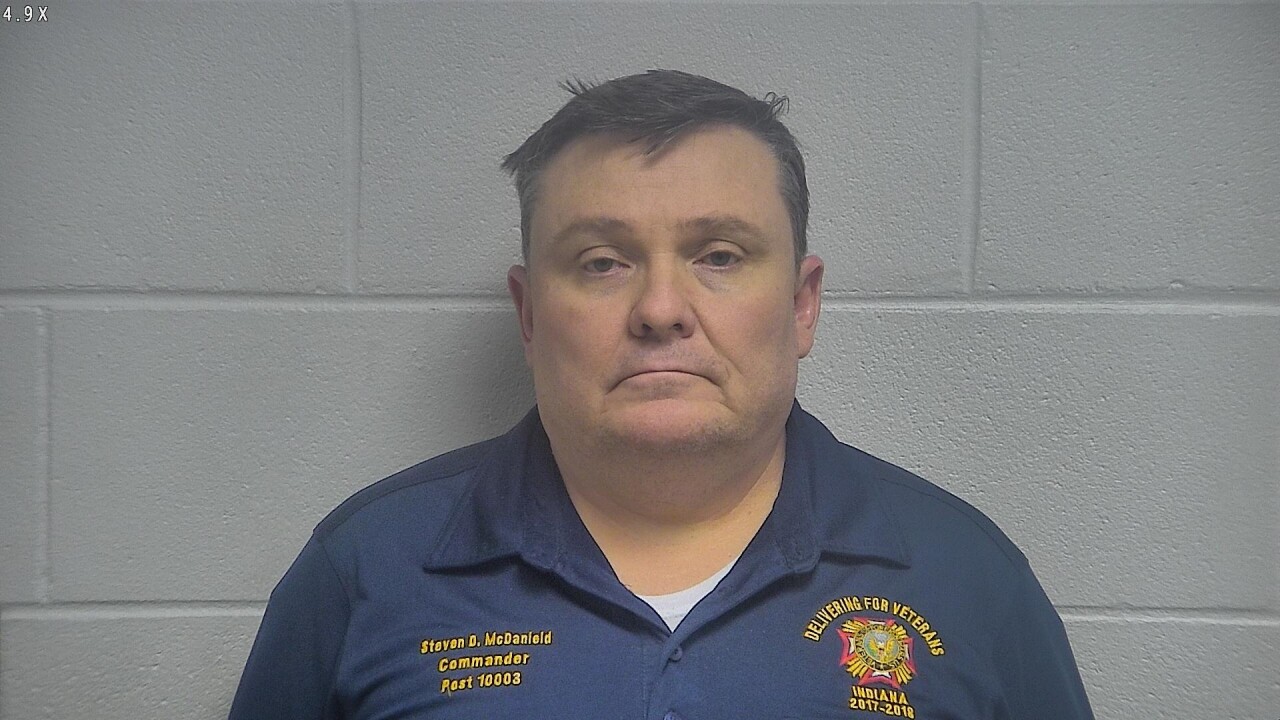 CARMEL — An Indiana Veterans of Foreign Wars leader is facing several child sex crime related-charges after he allegedly recorded a minor in the bathroom, according to federal court documents.

Steven McDanield, is facing seven counts of sexual exploitation of a child and one count of possession of child pornography, according to court documents.

McDanield is listed as an Army Quartermaster for the Indiana VFW, according to its website. RTV6 has reached out to the Indiana VFW by email for a comment and to confirm his status and is awaiting a response.

A person told a Carmel Police Department detective on Jan. 2 they located a device with a camera lens in a bathroom in McDanield's house, according to court documents. The person alleged McDanield had access to the camera.

McDanield allegedly admitted to taking pictures of the minor using the camera in the bathroom when investigators interviewed him on Monday, according to court documents. Investigators found several files related to "sexual exploitation of a child" when they served a search warrant at his house.