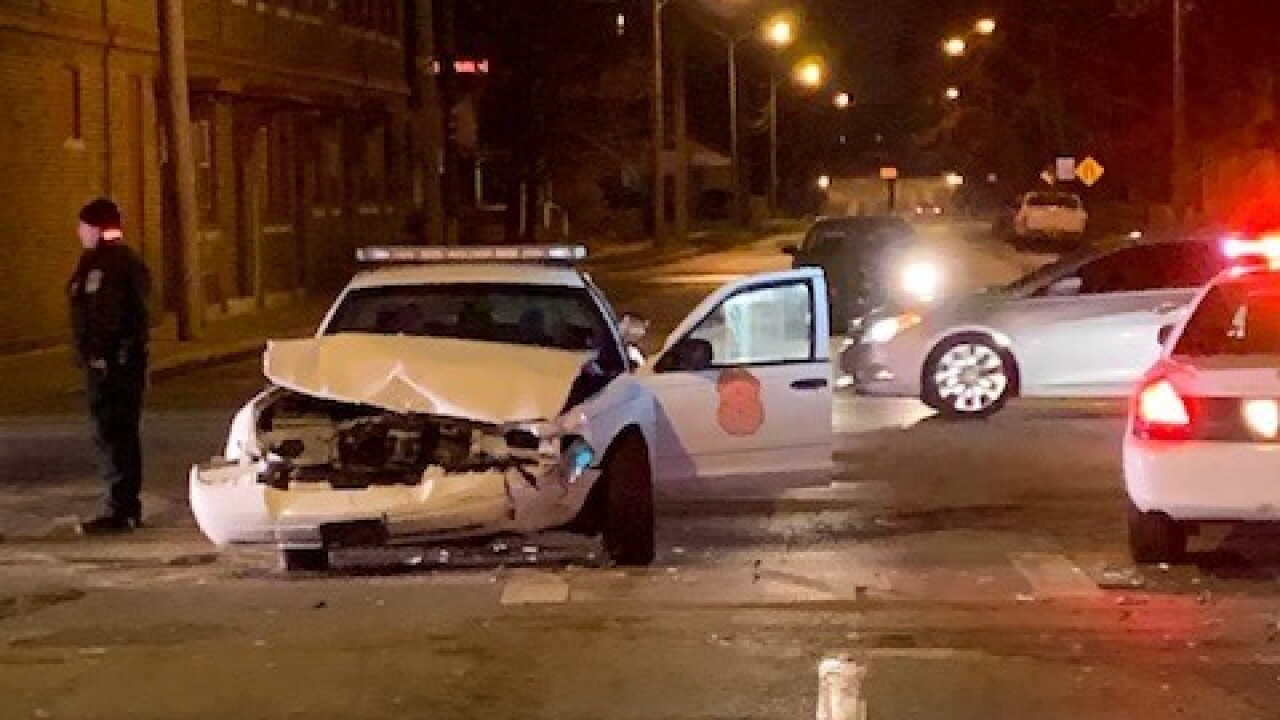 Courtesy of Indianapolis Metropolitan Police Department
An IMPD officer was involved in a crash with a suspected impaired driver late Friday, Dec. 28, 2018 at Rural and East Washington streets.

It happened shortly after 10:30 p.m. Friday at the intersection of Rural and East Washington streets on the city's east side, according to a report from the Indianapolis Metropolitan Police Department.

Police said the east district late shift officer was on routine patrol, traveling west on East Washington Street through a green light at Rural Street when the crash happened. A sedan traveling north on Rural Street disregarded the red light and drove into the path of the officer. The officer was unable to avoid a collision and struck the vehicle.

The officer was taken to the hospital, where he was treated and released, police said. The officer's identity has not been released.

The driver of the other vehicle, a 29-year-old woman, was uninjured, police said. The woman was arrested and is being held in the Marion County Jail on suspicion of operating a vehicle while intoxicated.

A witness who was at the intersection at the time of the crash is cooperating with investigators, police said.

Police said the officer lost consciousness during the crash. The officer is expected to make a full recovery, police said.