INDIANAPOLIS -- Two fatal shootings overnight were the 99th and 100th criminal homicides of the year in Indianapolis – marking the earliest date the city has reached 100 in at least five years.

The two shootings, which occurred six hours apart on opposite sides of the city, were also the eighth and ninth criminal homicides in the past six days.

In 2017, Indianapolis saw its third-consecutive year of record-setting violence, with 155 murders – the 100th of which happened on Sept. 20.

Read on to find a breakdown of the numbers behind city’s first 100 murders.

The shooting in the 7800 block of Darien Court Thursday morning which became the city’s 100th murder was also the 15th murder in the Far Eastside Neighborhood so far this year.

The neighborhood, which saw 11 murders in both of the past two years, has led the rest of the city in 2018. By mid-June it had already surpassed the previous two years’ totals.

Use the map below to see 2016-2018 homicide data for Indianapolis neighborhoods:

City leaders have pointed to a number of abandoned apartment complexes in the area, in particular the Towne & Terrace Apartments near 42nd Street and Post Road, as significant contributors to the neighborhood’s problems. So far this year, IMPD has been called out to Towne & Terrace for bodies three times.

While the ubiquitous 9mm pistol remains the most commonly used weapon in homicides in the city, 2018 has seen a significant increase in stabbings. 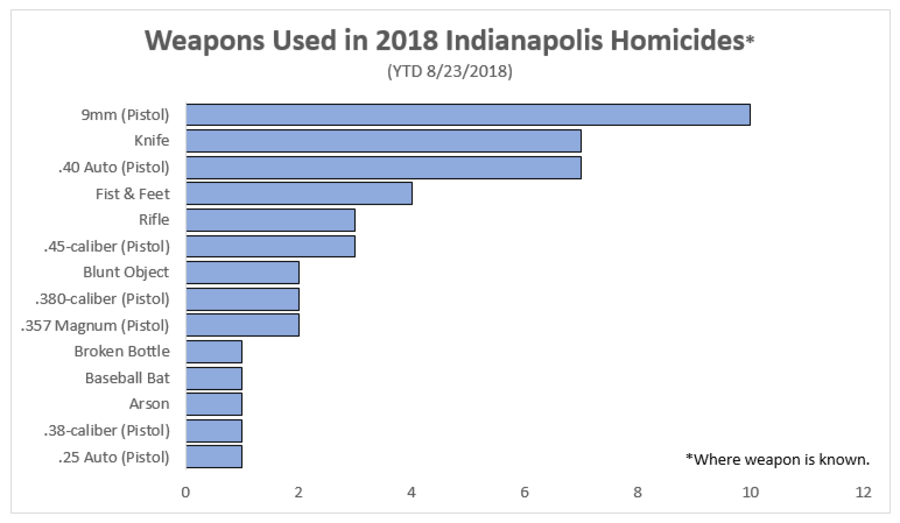 Seven people have been killed with a knife this year, compared to five in all of 2017. An additional stabbing death – the murder of 45-year-old Vickie Jackson on Sunday – was performed with a broken wine bottle.

So far this year, 13 people under the age of 20 have been victims of criminal homicides in Indianapolis. Another 10 have been accused of committing murder. 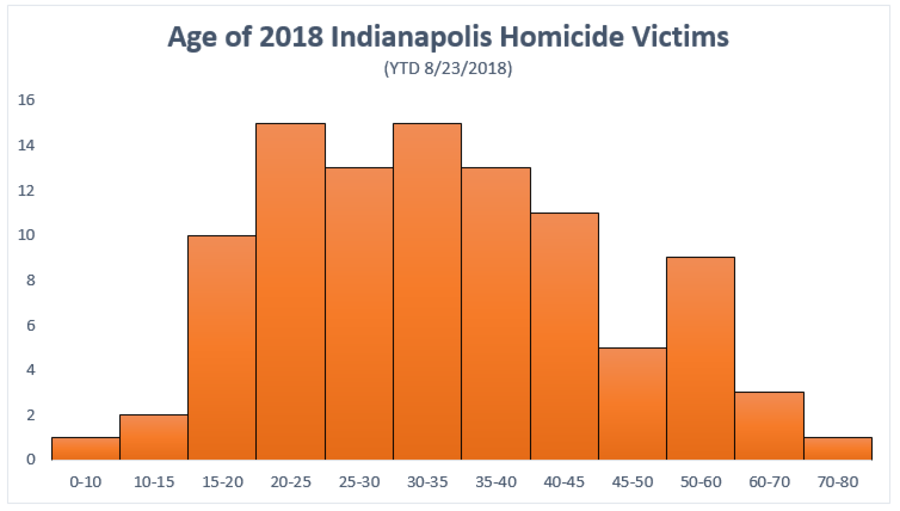 That continues a trend of record-setting violence from 2017 in which 17 people under the age of 20 were murdered, and 18 were charged with murder.

If there is one bright side so far in 2018, it’s that IMPD’s homicide clearance rate is up for the year.

As of this writing, 44 percent of the city’s criminal homicide cases have resulted in an arrest, and another 3 percent have been cleared through other means. While 53 percent remain unsolved, the year-to-date rate is much better than the roughly 35-percent clearance rate IMPD had in mid-December of 2017, when the city set another homicide record. 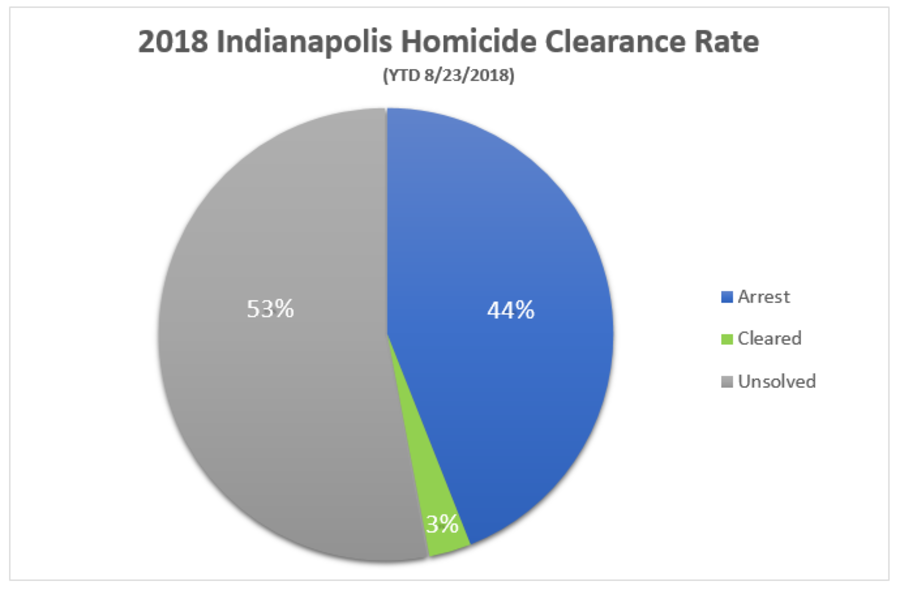 Police have credited the increase in homicide arrests to better cooperation by the community and a willingness of witnesses to come forward. Police ask anyone who has information that could help solve any homicide in the city to contact Crime Stoppers at 317-262-TIPS. Your call may remain anonymous.