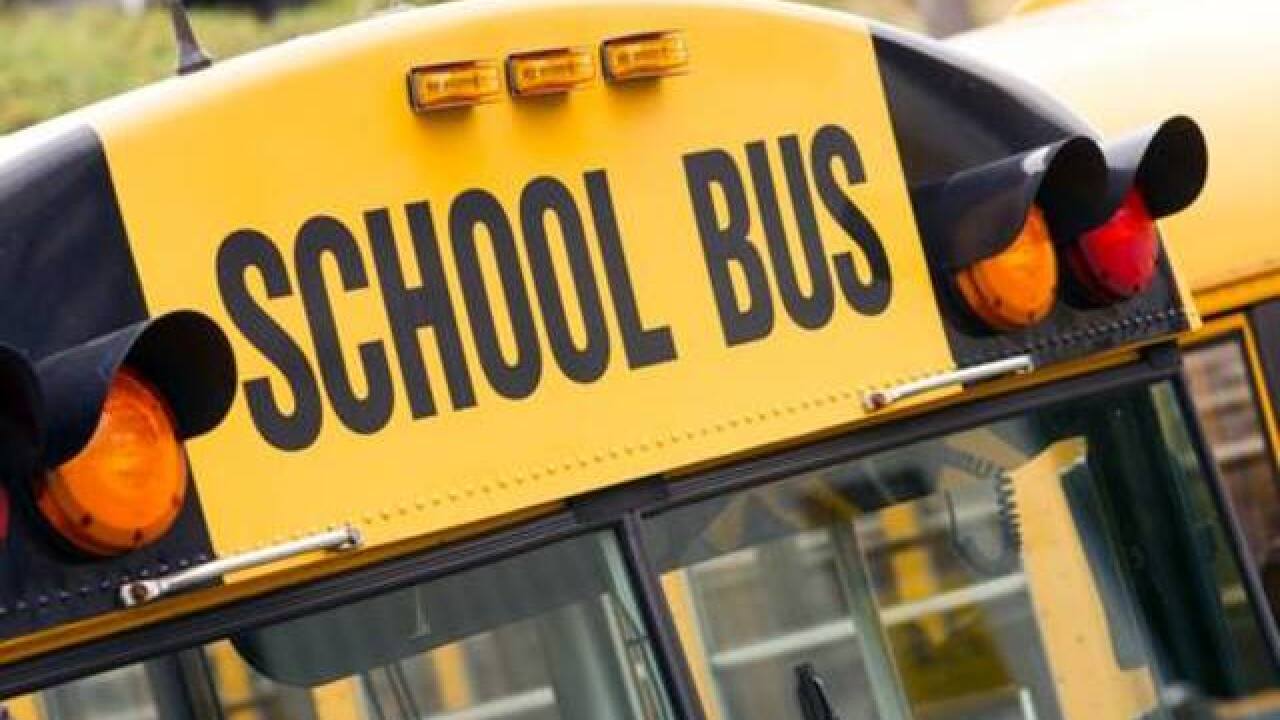 INDIANPOLIS -- A Durham School Services employee is facing discipline for leaving the scene of a hit-and-run while driving an IPS bus this week.

Officers were called to the intersection of Morris and Harding streets just southwest of downtown.

According to the report filed by IMPD, the driver of a Best Way Disposal semi-truck was heading southbound on Harding Street when a school bus attempted to drive around him. In the process, he said the bus struck his driver’s side mirror and front bumper.

The bus driver reportedly got out, looked at the side of the bus that struck the semi and then drove off without exchanging information or waiting for police.

According to the semi-truck driver, the bus would have had front-end damage and white paint transfer from the collision. The crash bent the truck’s front bumper and knocked the cover off the mirror, and also left yellow paint transfer.

Officers went to an IPS bus parking lot, which had been notified at the time by the Best Way Disposal driver about the crash but not by the driver of the bus. The bus had not been located at the time the police report was filed.

IPS contracts its buses through Durham School Services. A spokeswoman for Durham said the company had been made aware of the incident and that the bus driver was being disciplined for violating company protocol.

Durham said no children were on board the bus at the time of the crash, and no injuries were reported.