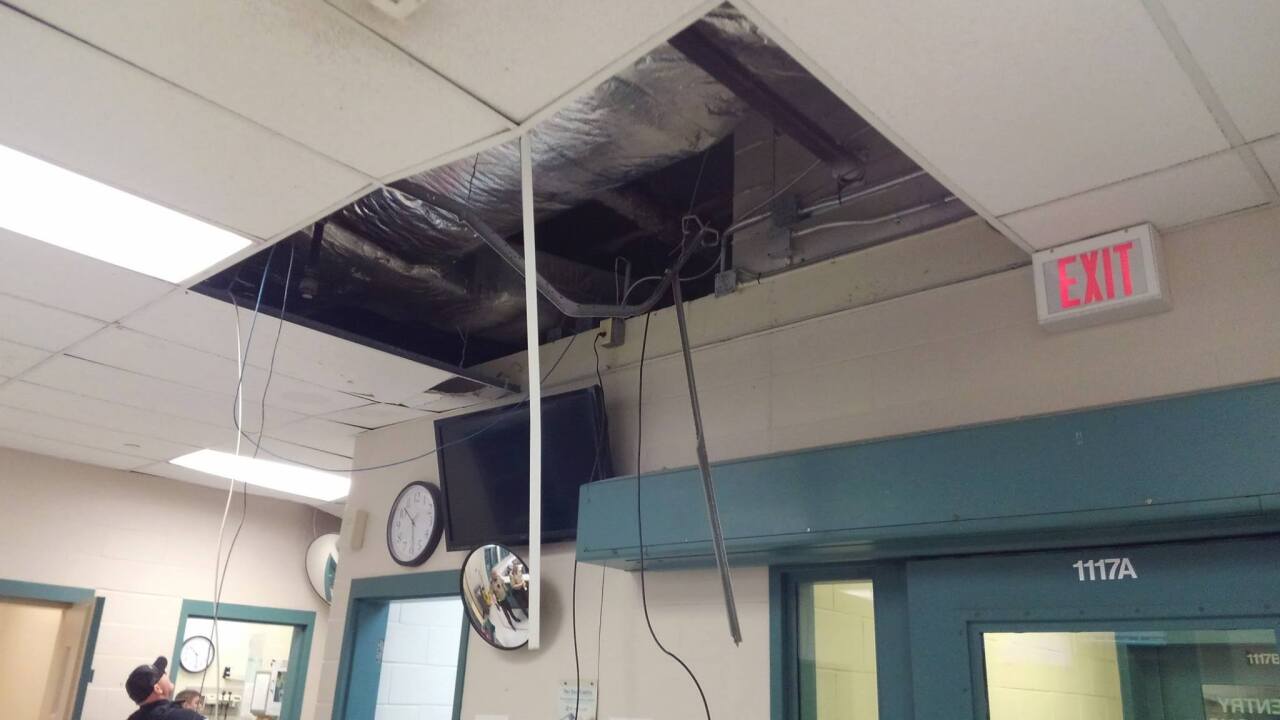 JACKSON COUNTY — An inmate in Jackson County is facing additional charges after he tried to escape and then fell through the ceiling.

Jail officers were taking Blaze Ayers, 28, to his holding cell Monday evening when he ran into a medical room and locked the door behind him.

By the time officers made it through an adjacent room to get to Ayers they say he was already up in the ceiling and refused to come down. The sheriff's office says Ayers tried crawling through the ceiling to escape but eventually fell through and onto the floor of the booking area.

Ayers refused to comply and had to be subdued by a Taser.

Ayers' attempted escape caused extensive damage to the ceiling of the jail. An estimate of that damage is not yet available.

Ayers was treated at the scene for minor injuries. He's now facing additional charges including attempted escape and criminal mischief.

The incident remains under investigation by the Jackson County Sheriff's Office.