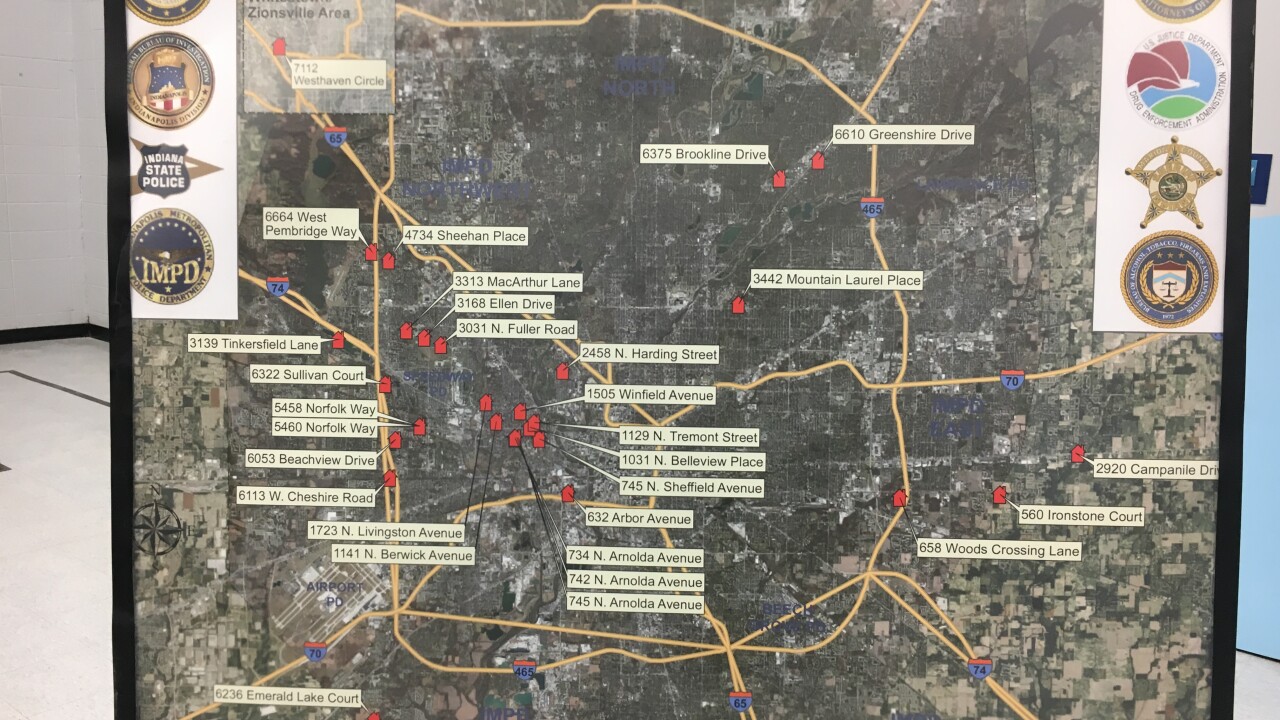 Jason Strong/RTV6
A map provided by the U.S. Attorney&#39;s Office is displayed at a press conference about a major Indianapolis drug raid that took place on Wednesday, Feb. 13, 2019. 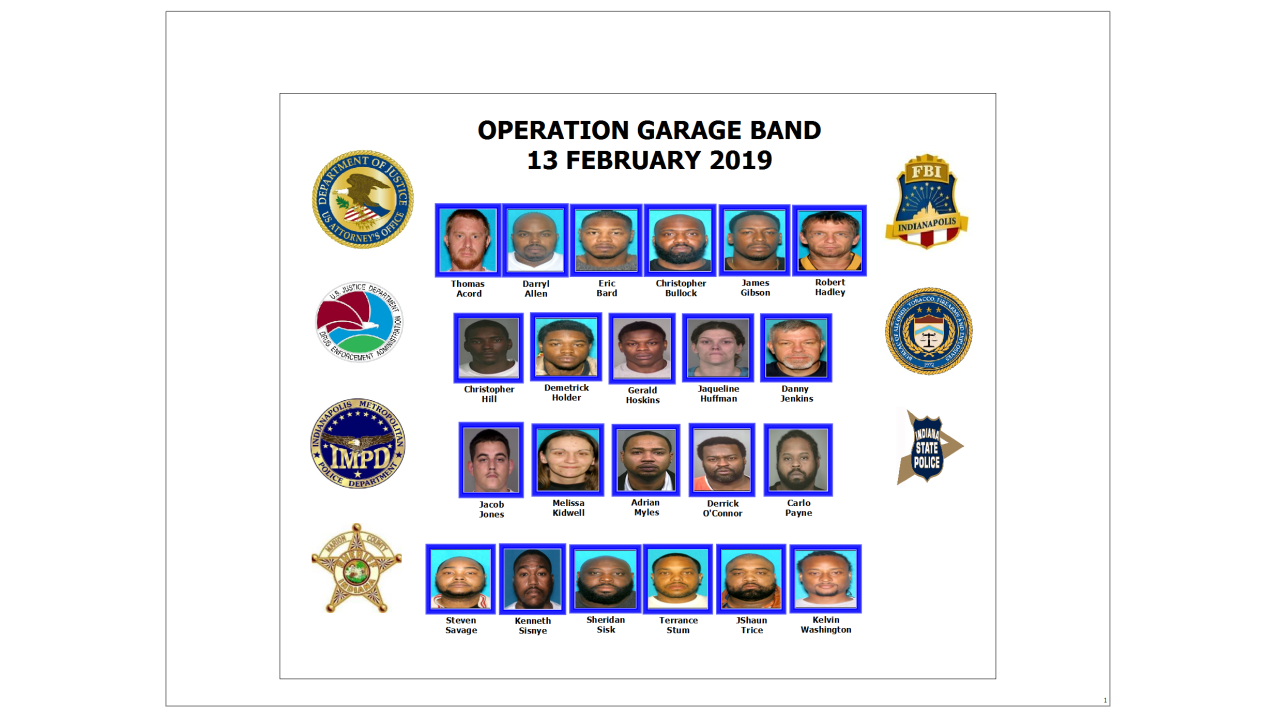 According to a report from U.S. Attorney Josh Minkler's office, agents and officers from various law enforcement agencies executed arrest and search warrants centralized to the Haughville neighborhood in Indianapolis. The operation netted 22 arrests and charges against 24 people for a methamphetamine, heroin and cocaine distribution conspiracy and a federal firearms-related charge.

During the investigation, approximately 40 firearms, $155,000 in cash, three vehicles and quantities of heroin, fentanyl, methamphetamine, cocaine and marijuana were seized.

According to the report, the conspiracy distributed the drugs in the 700 block of Arnolda Avenue in the Haughville neighborhood of Indianapolis, among other locations.

"Utilizing the Organized Crime Drug Enforcement Task Force model, the Justice Department works collaboratively to target, investigate and prosecute organizations engaged in dangerous and harmful drug trafficking activity in our community," Minkler said in a statement. "This year, the United States Attorney's Office created a standalone OCDETF Unit led by Senior Litigation Counsel Bradley A. Blackington to tackle and unearth individuals and organizations operating to the detriment of communities like Haughville."

"Our community and the Haughville neighborhood deserve better than to be re-victimized by the crime and violence they have endured," Indianapolis Mayor Joe Hogsett said in a statement.