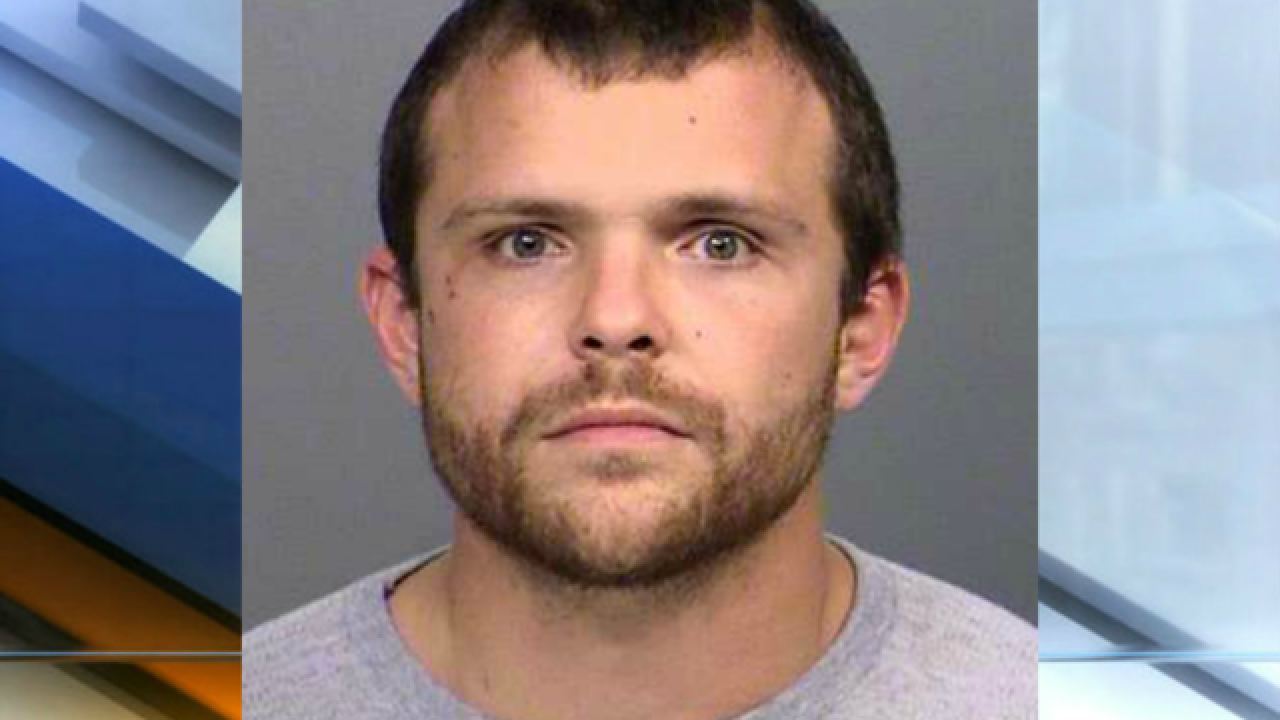 Copyright 2017 Scripps Media, Inc. All rights reserved. This material may not be published, broadcast, rewritten, or redistributed.
<p>Christopher Peacock, 28</p>

Indiana State Police arrested 28-year-old Christopher Peacock on Wednesday on preliminary charges of intimidation. According to police, Peacock is accused of sending threatening messages implying violence toward several people involved with a child welfare case, including a judge.

Court records show Peacock has previously been accused of harassment towards DCS workers involved in his child custody case.

In July, Peacock was charged with misdemeanor harassment toward a female caseworker after a judge ruled that his children be removed from his care.

According to a probable cause affidavit filed in that case, Peacock sent the caseworker dozens of text messages threatening violence and calling her racial epithets, including one in which he threatened to kill the woman’s whole family. In another message, Peacock allegedly claimed he had placed a tracking device on the woman’s car.

The caseworker also told police that Peacock mentioned the city where her family lives in a text where he wrote, “Maybe I take a trip and hang me a [expletive].”

Peacock was arrested on Aug. 23 in that case and released the same day.

Marion County Jail records show Peacock has been arrested at least 17 times in the past 10 years on charges ranging from domestic battery to public intoxication to criminal mischief.

As of Thursday evening, a bond hearing for Peacock had not yet been set.