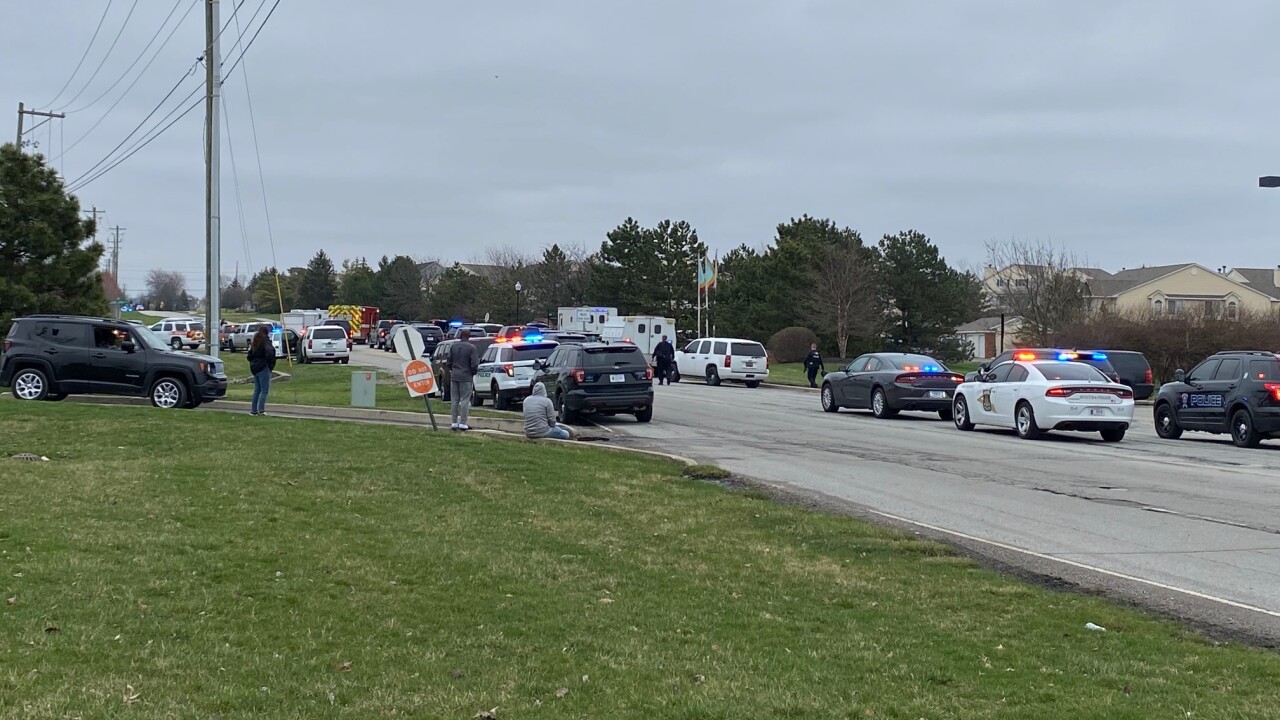 Katie Cox/RTV6
Officers from multiple departments have responded to a man with a gun barricaded inside a Fishers apartment.

FISHERS — A man and a woman were found dead inside an apartment after police say someone fired shots at officers and instigated a more than three-hour stand-off.

Fishers Police Department officers initially responded to the Woods of Britton Apartments near 141st Street and State Road 37 for a welfare check.

When officers arrived, an individual opened fire at officers from a second-floor apartment. Police said no officers returned fire. No officers were hit by gunfire, police said.

Officers from multiple agencies spent more than three hours attempting to make contact with the individual.

After breaching the apartment, officers found a 48-year-old man and a 34-year-old woman suffering from gunshot wounds. Both were pronounced dead at the scene. The Hamilton County Coroner's Office has identified them as Derrick Upshaw 48, and Tiffany Plummer, 34.

The incident remains under investigation. Anyone with information regarding this incident is asked to contact Detective/Sergeant Robbie Ruble at 317-595-3319.