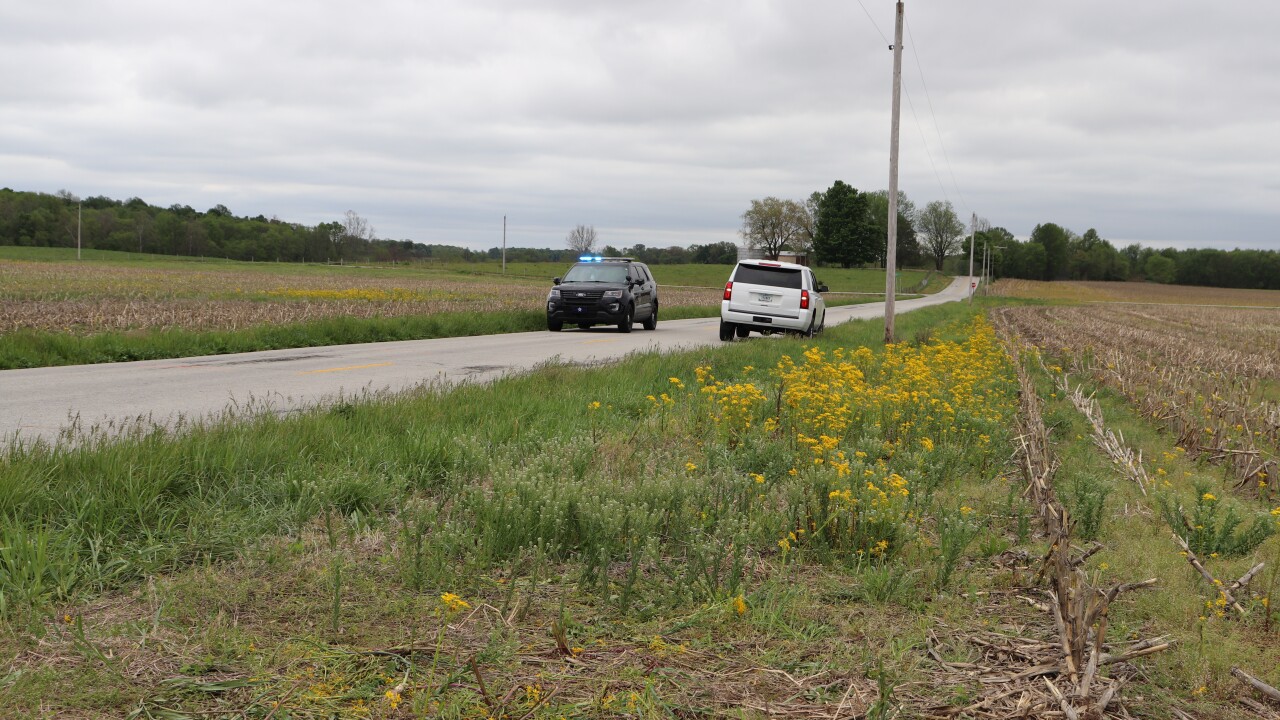 NOBLESVILE — A Tipton man was arrested Wednesday in a hit-and-run accident Tuesday afternoon that left a Hamilton County woman dead.

The sheriff's office announced the arrest of Daniel Sullivan on charges of leaving the scene of a crash causing death.

70-year-old Alice Chamblin of Cicero was struck by a pickup truck while walking on Anthony Road near 226th Street, in a rural area of northern Hamilton County. She died at the scene.

Investigators learned Chamblin had been walking with a family member when she was hit. Witnesses said the vehicle crossed from the northbound travel lane to the southbound side and stuck the victim.

The family member and another witnesses to the crash provided a description of the truck, which did not stay at the scene. Based on witness information and evidence at the scene, investigators were able to determine the suspect vehicle was a silver/gray 1997-2003 Ford F-150 with a tinted rear window.

The sheriff's office asked for help from the public and got it. "Through the generous help from our social media followers, local news and our local communities, tips and leads began to come into our office," said Deputy Ryan McClain. "These tips led investigators to Tipton, where a citizen reported seeing a Ford F-150 that matched the description of the suspect vehicle. Investigators with the Hamilton County Sheriff’s Office went to Tipton, located the truck and concluded the damage to the truck was consistent with evidence collected at the crash scene."

The vehicle was impounded and taken to the Hamilton County Sheriff’s Office crime lab where detectives were able to match evidence found at the scene to the evidence on the suspect's truck. That led to the arrest of Sullivan.