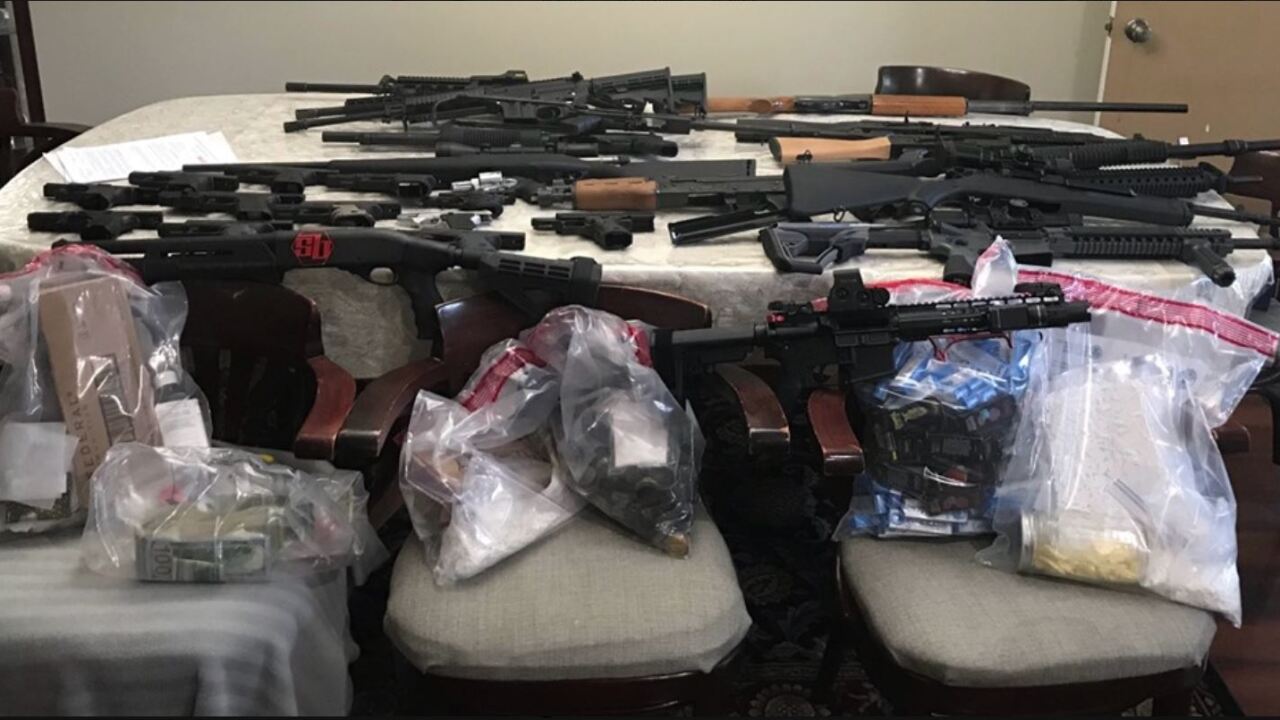 YORKTOWN — A 19-year-old man was arrested after authorities found several weapons, drugs and cash on Thursday at a Yorktown home.

U.S. Department of Homeland Security agents, US Postal Inspection Service agents and Yorktown Police Department officers served a search warrant at home in the 1000 block of North Finnlandia Court in connection with an investigation into Ali El-Ghit, 19, of Yorktown, using Glock pistol parts of illegally modify weapons, according to a Facebook post from YPD.

During the search warrant, authorities located more than 1,000 Alprazolam, known as Xanax, pills, 10 semi-automatic rifles, 10 pistols, 2,000 rounds of ammunition, and a large amount of U.S. cash, according to court documents. A conceal to carry permit was located during the search. He did not have a prescription for Alprazolam.

El-Ghit was taken to Marion County where he was charged with possession with the intent to distribute Alprazolam and possession of a firearm in furtherance of a drug trafficking crime, according to the post.