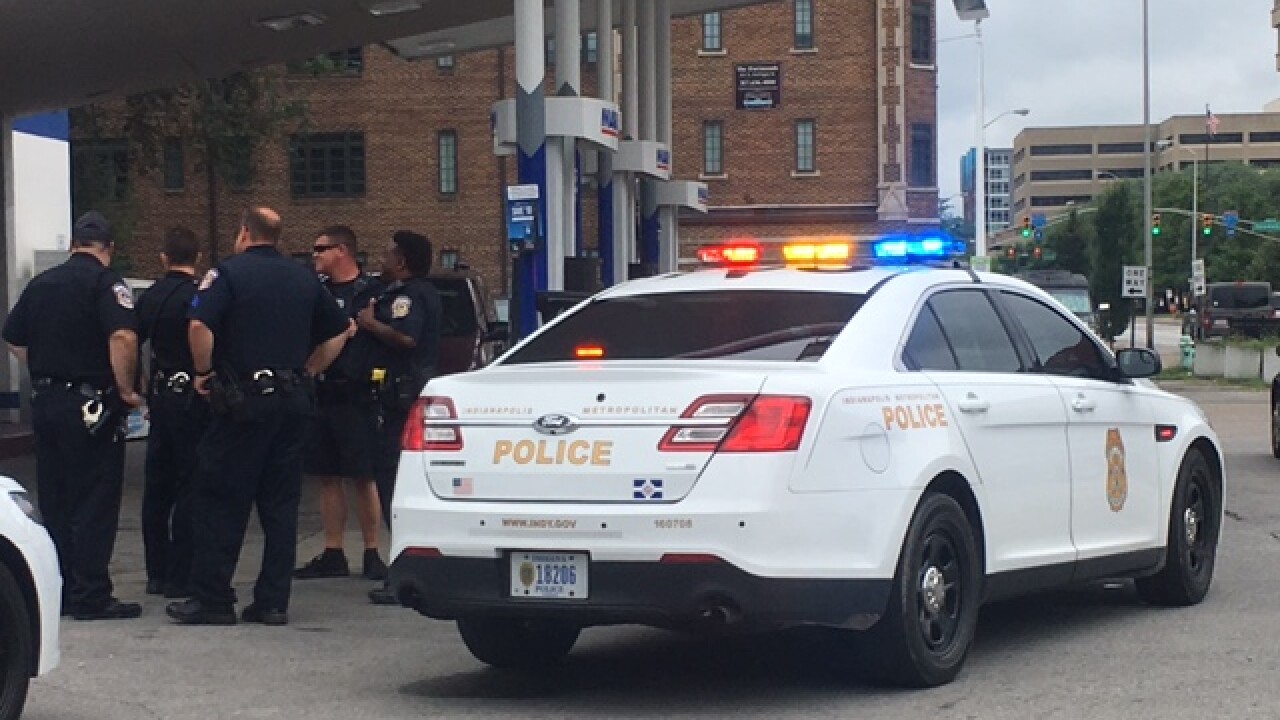 Shea Goodpaster/RTV6
IMPD are investigating after a man was stabbed while panhandling at a downtown Indianapolis gas station on Thursday, Aug. 22, 2019.

INDIANAPOLIS — Police are investigating after a man was stabbed at a downtown Indianapolis gas station while he was panhandling.

According to officers with Indianapolis Metropolitan Police Department, officers were called to the 400 block of Massachusetts Avenue shortly before noon Thursday on report of a stabbing.

When officers arrived they found a man who said he was stabbed. The man reportedly told police he was panhandling at a Marathon gas station at Michigan and Alabama streets when he was stabbed once, police said.

The victim was taken to an area hospital with a non-life-threatening wound.

Police said they have no suspect.