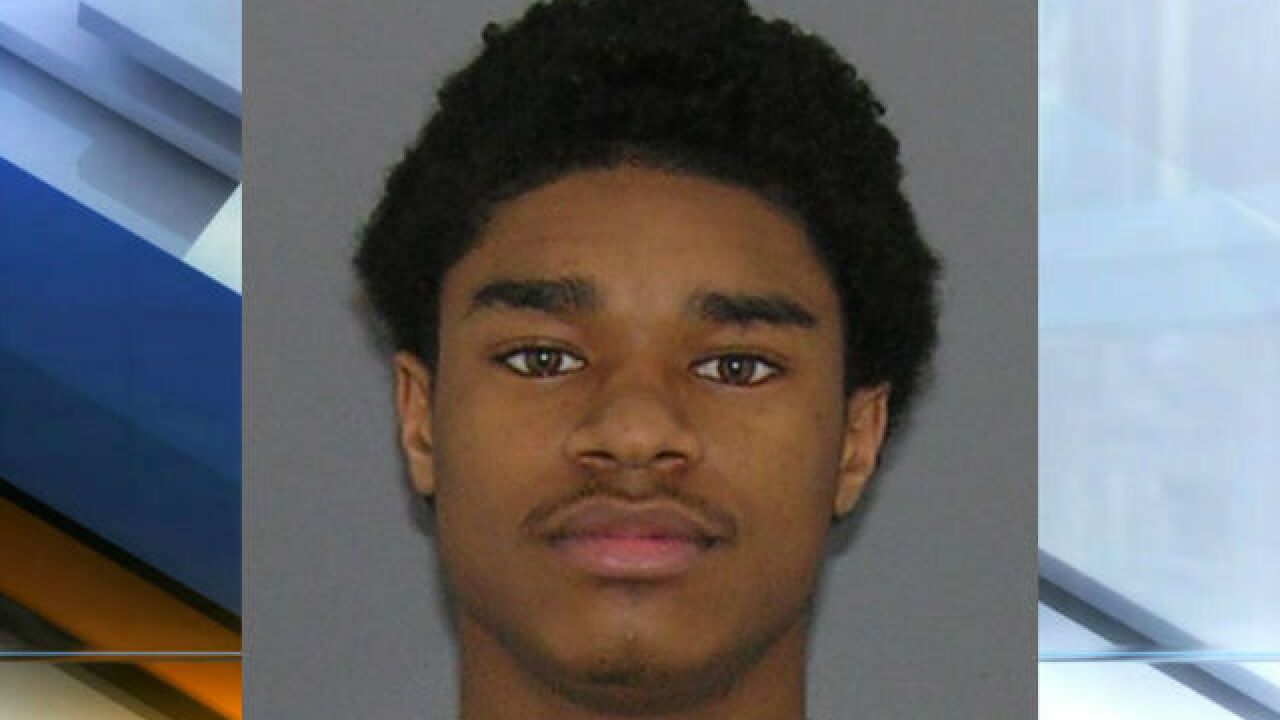 INDIANAPOLIS -- The man who shot at two Indianapolis police headquarters in 2016 was sentenced for his crimes Friday.

Damoine Wilcoxson, 22, was sentenced to 37 years in  Friday morning. Earlier this month, he was found guilty for shooting at two Indianapolis Metropolitan Police Department headquarters in 2016.

His three-day trial ended on Dec. 4, 2017, where he was found guilty of attempted murder and criminal recklessness in connection with shootings.

Around 11 p.m., an unidentified individual fired 30 shots from a rifle into the building. Multiple rounds penetrated the building, but no officers were struck. Investigators found dozens of .223-caliber bullet casings on the ground outside, along with a crumpled collection of handwritten notes. The notes demanded $100,000 and made overt threats to "white kids, white b******" and stated "white must die." The notes also made repeated references to "Yahuah" and "Yeshuah."

On Oct. 13, a little more than a week later, shots were fired at the IMPD North District Headquarters. Police again found several .223-caliber bullet casings and notes outside. Inside the notes were more references to "Yehuah" and "Yeshuah" as well as threats that "whites will drop and gone drop at any time of the day."

Handwriting analysts determined the notes were written by the same person, and an investigation into the casings found that they were identical in both manufacturing brand and lot number.

Wilcoxson was taken into custody on Oct. 31, 2016. As officers approached, somebody opened fire on them. No one was injured in that shooting.

In addition to other evidence found at Wilcoxson's home, investigators found a firearm that matched the bullets fired at both IMPD headquarters. Detectives were also able to connect handwritten notes inside his residence to those that were left at the shooting scenes.

Wilcoxson has also been charged in a homicide in Zionsville, which occurred on Sept. 28. The trial, in that case, is scheduled for May 2018.