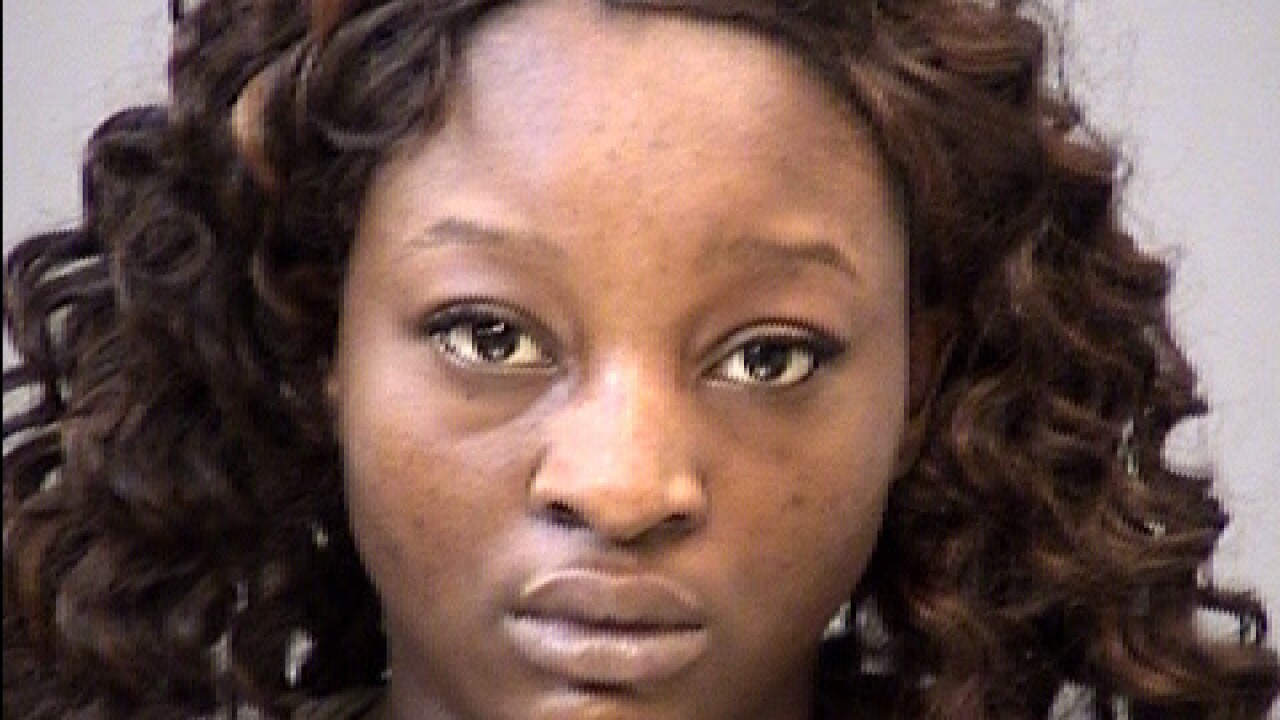 INDIANAPOLIS — A 3-month-old baby is on life support, and his mother is facing felony child neglect charges.

Latia Scott is charged with neglect of a dependent resulting in serious bodily injury.

Indianapolis Metro Police began investigating on February 4 after they were called to Riley Children’s Hospital for a 3-month-old boy, identified in court documents as “LS,” who was having seizures and bleeding of the brain.

Scott told police she had been living at the Julian Center with her kids and went over to a friend’s house on Nelson Place when LS woke up crying like he was in pain.

Scott said she took him to Community East, where they told her that he just had a scratch on his eye and later discharged him.

When they returned to the friend’s house, they noticed LS was seizing, and that’s when she called for an ambulance.

IMPD received information from the Department of Child Services involving previous incidents where Scott had been seen hitting her kids in a car and at the Julian Center.

The child protective team doctor at Riley said that explanations given by Scott could not have caused any of the injuries LS sustained.

According to an interview with one of Scott’s other children, the 4-year old child said he dropped a weight onto the couch, and it landed on LS’s torso area.

When IMPD obtained records from Community East, they discovered LS had been there on Sunday, not Monday, as Scott had originally claimed.

“So I asked her if LS actually started having the seizures on Monday, why she didn’t call for an ambulance until Tuesday,” read court documents. “She started to get really flustered. She told me she wanted to tell me the truth.”

Scott then said she left her kids with a friend for about 15 minutes on Sunday, and that maybe one of her other children “tampered” with LS.

She also told police that “sometimes she doesn’t know her own strength and she could have accidentally done something to LS,” read the report.

IMPD also spoke with a staff member at the Julian Center who said she saw Scott’s baby on Monday and that the baby didn’t make any type of eye contact with her.

“She said she wasn’t sure if he was autistic or maybe even blind, so she didn’t say anything,” read the report.

RTV6 contacted the Julian Center, and a spokeswoman referred questions to IMPD.

When RTV6 asked what policies and procedures the center has in place regarding child abuse prevention and detection, the center declined to provide information.

“In order to protect the privacy and safety of all who use our service, we do not have any comment on our policies and procedures,” said Andrea Cernich, spokeswoman for the Julian Center, in an email to RTV6.

Scott’s trial is scheduled for March 23.

RTV6 left a message for her public defender.