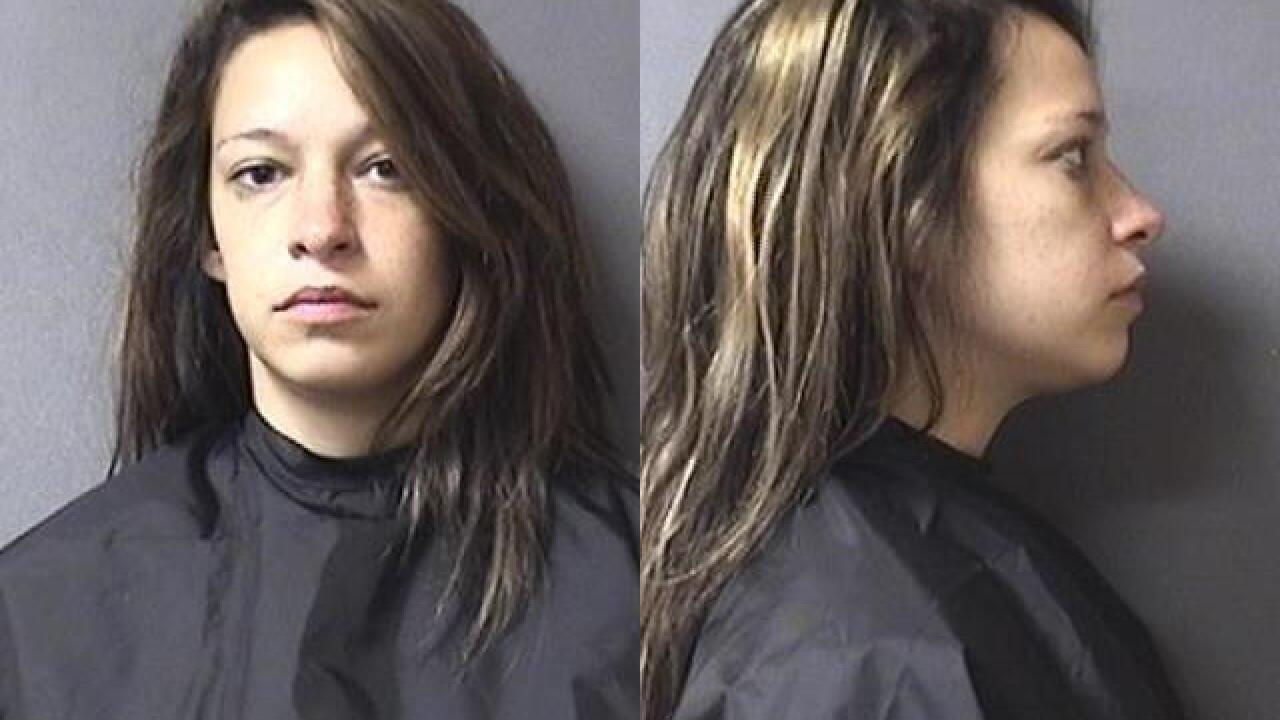 MADISON COUNTY — An Anderson mother is charged with leaving her young child in a hot vehicle for more than two hours while she was being interviewed by the Department of Child Services about her newborn.

Investigators said Jennifer Ost, 27, gave birth to a little boy at Decatur County Memorial Hospital on July 12 and then signed the infant out against medical advice, according to the probable cause affidavit filed in Madison County. The Department of Child Services met Ost at her pediatrician appointment on July 16 at 2:40 p.m. to interview her about why she signed out her son without the doctor's approval.

"During the interview Jennifer was quite evasive," documents state. "And at times was being quite belligerent and was cursing."

Around 4:30 p.m. police received a call about a small child in a vehicle in the parking lot. When officers arrived they found a little boy climbing back and forth in the vehicle and watching a movie on a cell phone. All of the windows in the vehicle were up. The officer opened the door, which was unlocked, after the child refused and asked him what he was doing.

The child told the officer that it was "okay as long as he had his mother's keys," which officers say he didn't have.

At the time of the incident, officers noted that the outside temperature was around 86 degrees and the child was "extremely wet from sweating."

After running the plates on the vehicle, officers took the child into the pediatrician to see if they could find his parents and were able to connect him with Ost.

Ost told the officer she left the little boy in the car because he did not want to go into the appointment with her.

Officers arrested Ost and charged her with neglect.

Madison County DCS took custody of the newborn and the little boy.