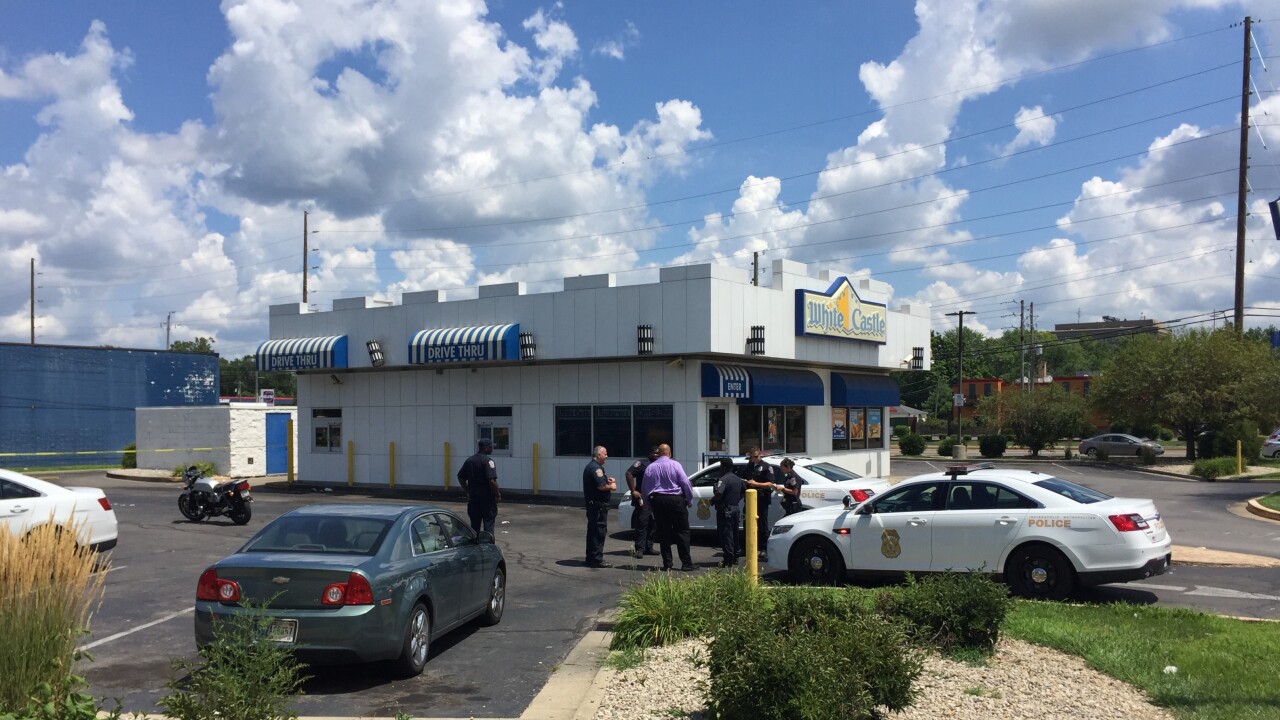 Jake Weller/WRTV
A motorcyclist drove to a White Castle parking lot in the 2300 block of East 38th Street after he was shot in a possible road rage incident on Sunday, July 26, 2020.

INDIANAPOLIS — A motorcyclist was injured in a shooting Sunday afternoon on the north side of Indianapolis that police believe might have stemmed from a road rage incident.

According to information from the Indianapolis Metropolitan Police Department, a man riding a motorcycle was shot at about 1 p.m. near the intersection of East 38th Street and North Keystone Avenue.

He then drove his motorcycle to a White Castle parking lot in the 2300 block of East 38th Street.

Police said the man is in stable condition.

Officers are looking for a person or people in a white Chevrolet Malibu who were believed to be involved in the shooting.