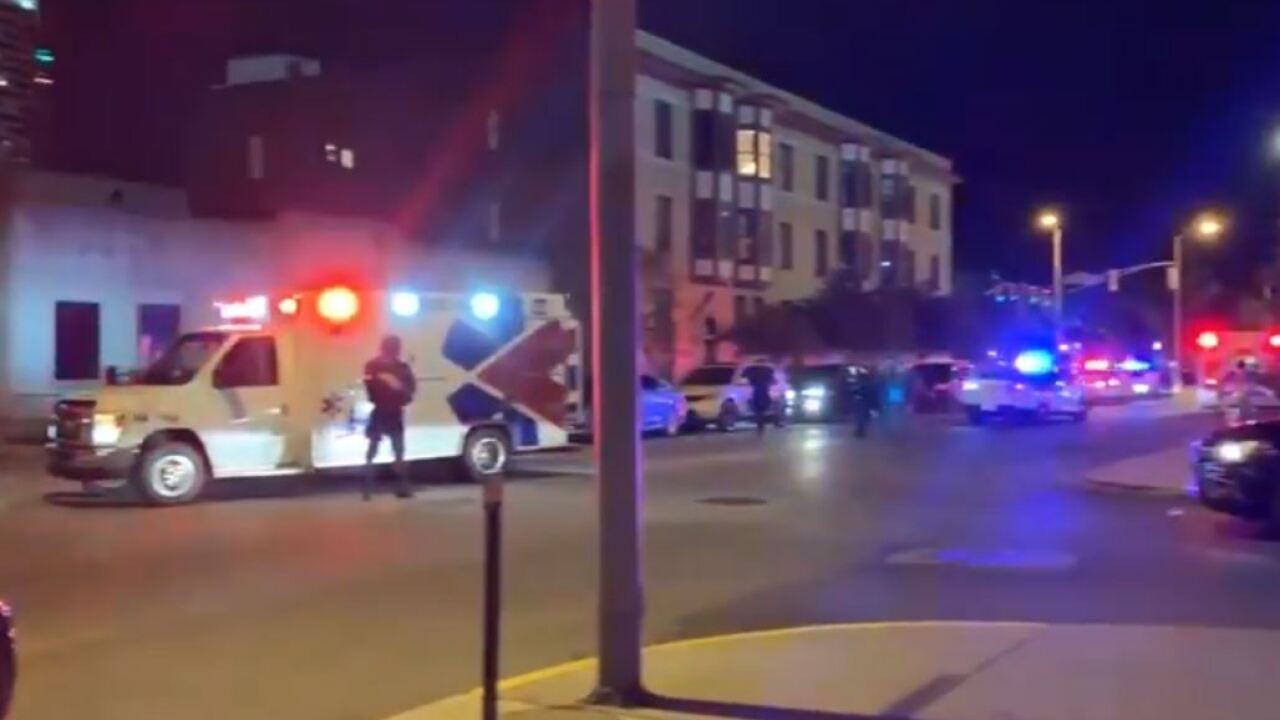 INDIANAPOLIS — Three people were killed and two others were injured as police worked multiple shootings Saturday night and early Sunday morning in the city of Indianapolis.

Officers responded to multiple shooting scenes throughout the night with five people confirmed to be shot.

The first, at Alabama and New York, happened just before midnight. IMPD responded to the area and found one victim suffering from an apparent gunshot wound. That victim was taken to the hospital. Their condition is not known at this time.

A short time later, a second shooting was reported in the area of Talbot and Vermont. Police arrived to find one victim dead at the scene from apparent gunshot wounds.

That victim's identity has not been released.

After 2 a.m., police responded to a report of a person shot in the 10 block of East Market Street. The victim, who has not been identified, died at an area hospital.

About a half-hour later, two people were shot at East 38th Street and Orchard Avenue. One person died at the scene, while the condition is not available on the second.

Taylor said the city saw peaceful protests all afternoon in downtown Indianapolis, and it wasn't until later in the evening when a small group began acting out that the violence erupted.

The group began by throwing things at officers and breaking out windows of government buildings, Taylor said, and escalated to multiple shootings.

"Indianapolis, we are better than this," Chief Taylor said. "Downtown is not safe at this time."

Taylor urged residents who do not live in the downtown area to evacuate, saying officers would be removing them if necessary.

You can watch the full press conference with Chief Randall Taylor below.