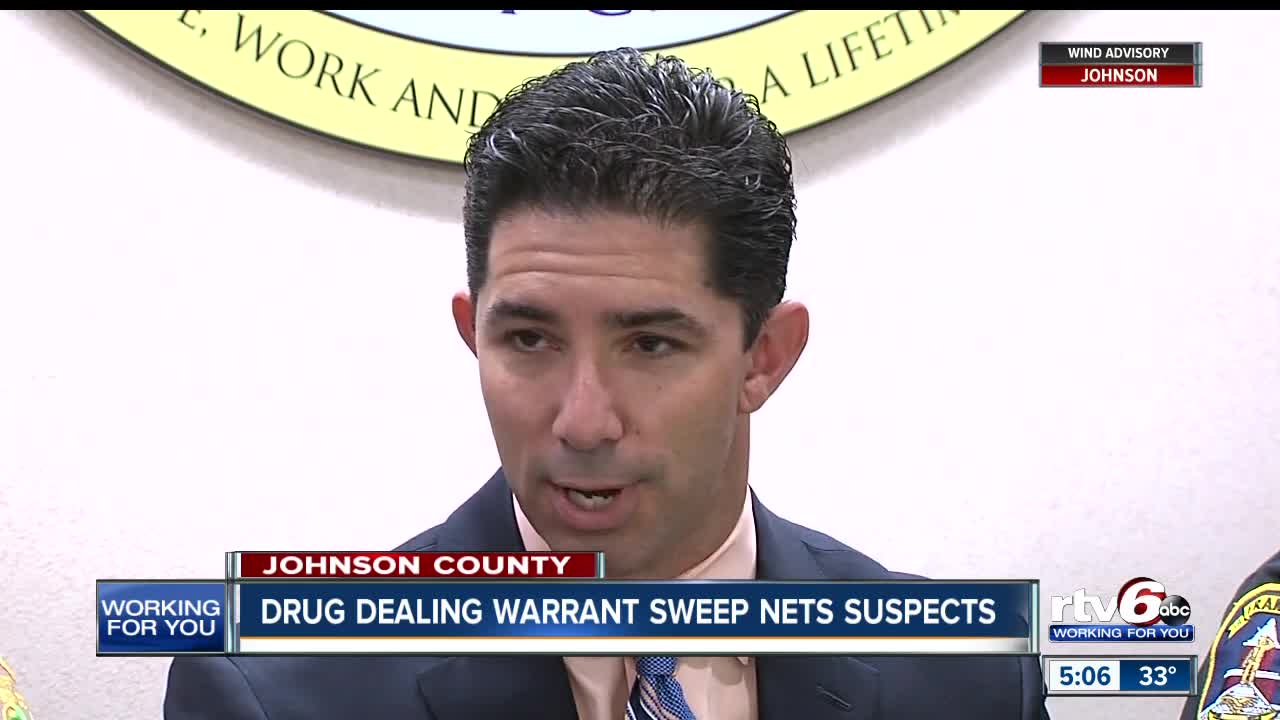 Nearly two dozen people are behind bars in Johnson County after a morning warrant sweep looking for suspected drug dealers.

FRANKLIN — More than two dozen people were arrested Thursday in connection with a drug sweep in Johnson County.

Dubbed "Operation Hocus Pocus," warrants were issued for 33 people and 22 had been arrested as of Thursday afternoon.

The majority of felony charges are for dealing methamphetamine, while there are also eight charges for dealing heroin, Johnson County Prosecutor Joe Villanueva said.

“Methamphetamine is still king here in Johnson County. All these cases, the individuals are charged with dealing in the substance,” Villanueva said. “This is all the hard stuff, and this is the stuff that really hurts the people in our community and we want to do all we can to get it off the street.”

The sweep began at 6 a.m. and involved multiple agencies, including the Johnson County and Marion County Sheriff's Offices, along with the Drug Enforcement Agency.

Thursday's sweep came nearly a year after more than 100 people were charged in Johnson County for dealing methamphetamine and other drugs.