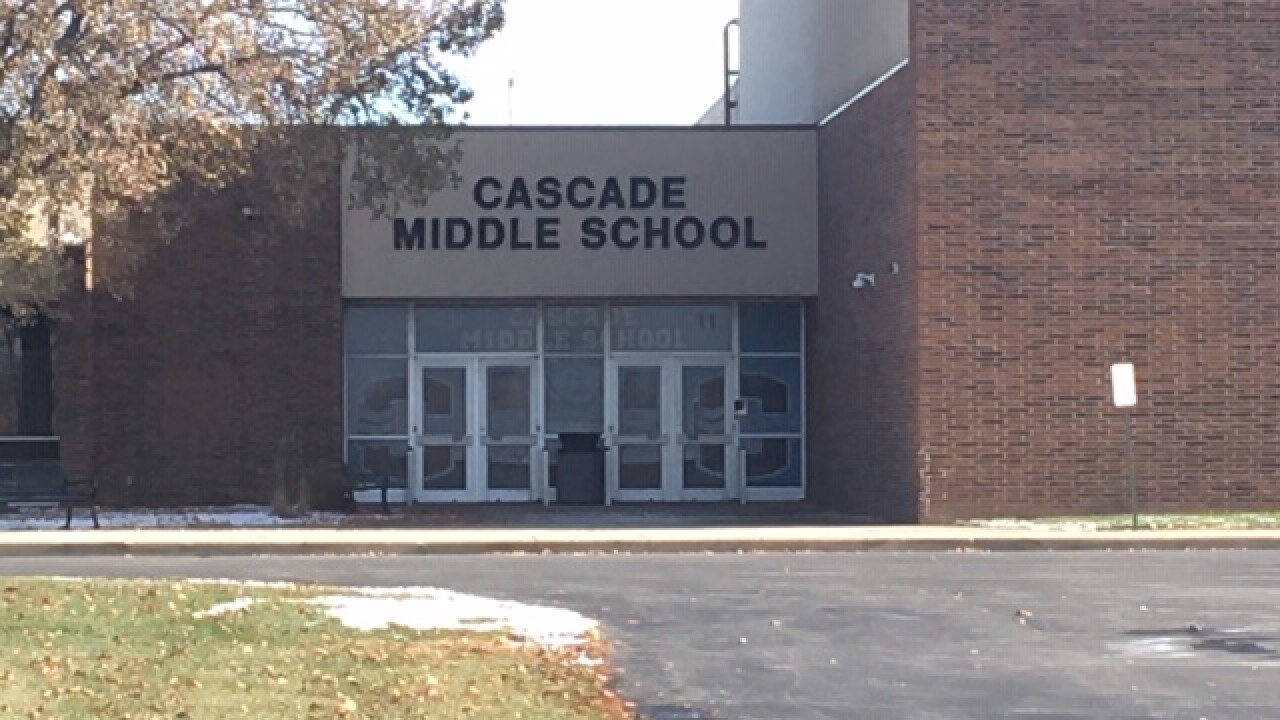 HENDRICKS COUNTY — A student was injured in an incident involving a knife at Cascade Middle School in Hendricks County Thursday morning.

Yetter says the incident was isolated and involved one of the students pulling a knife and cutting a second student. It is unclear what led to the altercation or what classroom the incident occurred in. The student who was cut received minor injuries and has been treated and released.

Cascade Middle School was placed on lock-down while deputies and school officials worked to secure the scene. That lock-down was lifted as soon as the classroom where the incident took place was secured.

The student with the knife has been detained, according to Yetter. It is unclear what discipline or charges he will face at this time.

Deputies interviewed students inside the classroom to get more details, but they say there is not and was not any threat to the school at any point in time.

"The reason I am writing is to inform you of a situation today at Cascade Middle School. Our school was placed on a soft lock down this morning due to an incident involving two male students. The soft lock down was temporary and the school resumed regular operations. The two students involved are being addressed accordingly.

All students at CMS are safe and secure. Again, two students were involved in the incident and their parents have been notified. Student safety is our #1 priority.

Thanks for all you do to provide support, insistence and high expectations."