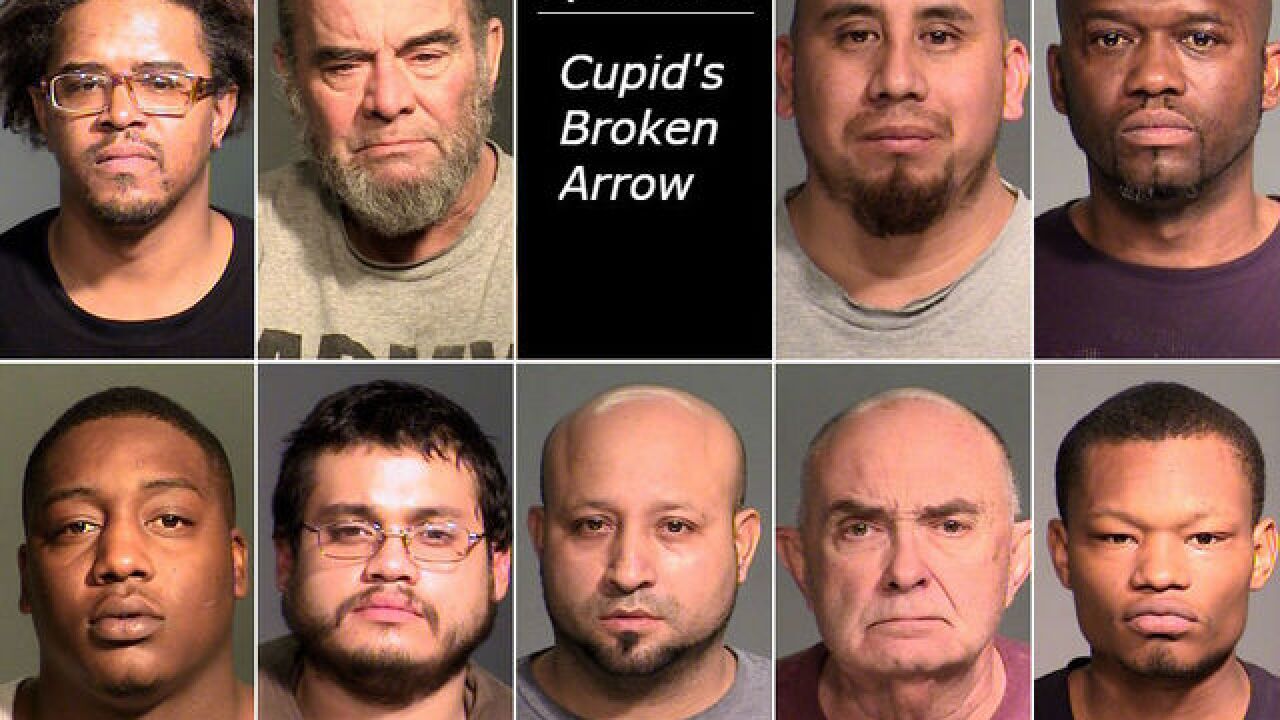 INDIANAPOLIS -- Southeast district narcotics and flex officers arrested 10 men on charges of patronizing a prostitute during a two-day sting this week – nearly a quarter as many “johns” who were arrested in all of 2017.

Dubbed “Operation: Cupid’s Broken Arrow,” IMPD officers conducted reverse stings along the Washington Street corridor on the Near Eastside on Tuesday and Wednesday.

During a four-hour detail on Tuesday, officers arrested five men. Another five were arrested in three hours on Wednesday.

The suspects arrested in the sting are as follows:

An RTV6 analysis of IMPD’s 2017 arrest records showed 44 men were arrested on charges of patronizing a prostitute last year. Even though his unit arrested nearly a quarter that number in just two days, IMPD Sgt. Christopher Kibbey says officers easily could have arrested more.

“Honestly, if it had been a little bit warmer and we’d had a little bit more manpower, we probably would have doubled what we did,” Kibbey said. “There’s no shortage of johns and prostitutes in that corridor.”

Kibbey said the Southeast District has made it a priority to do reverse stings because of how large the prostitution problem is along the East Washington Street corridor.

“It’s important,” Kibbey said. “A lot of times where’s there’s prostitutes there’s also drugs. With the drugs you also have the guns coming into play. It’s just a very bad circle of how things lead from prostitution to drugs. It’s definitely something we need to put our resources into.”

Kibbey says the stings never fail to turn up suspects willing to buy or sell sex. And, he said, police don’t have to wait long.

“Within 5 minutes we’ve got somebody who’s circling,” Kibbey said. “It doesn’t matter what time of day or night it is. It’s 24/7.”