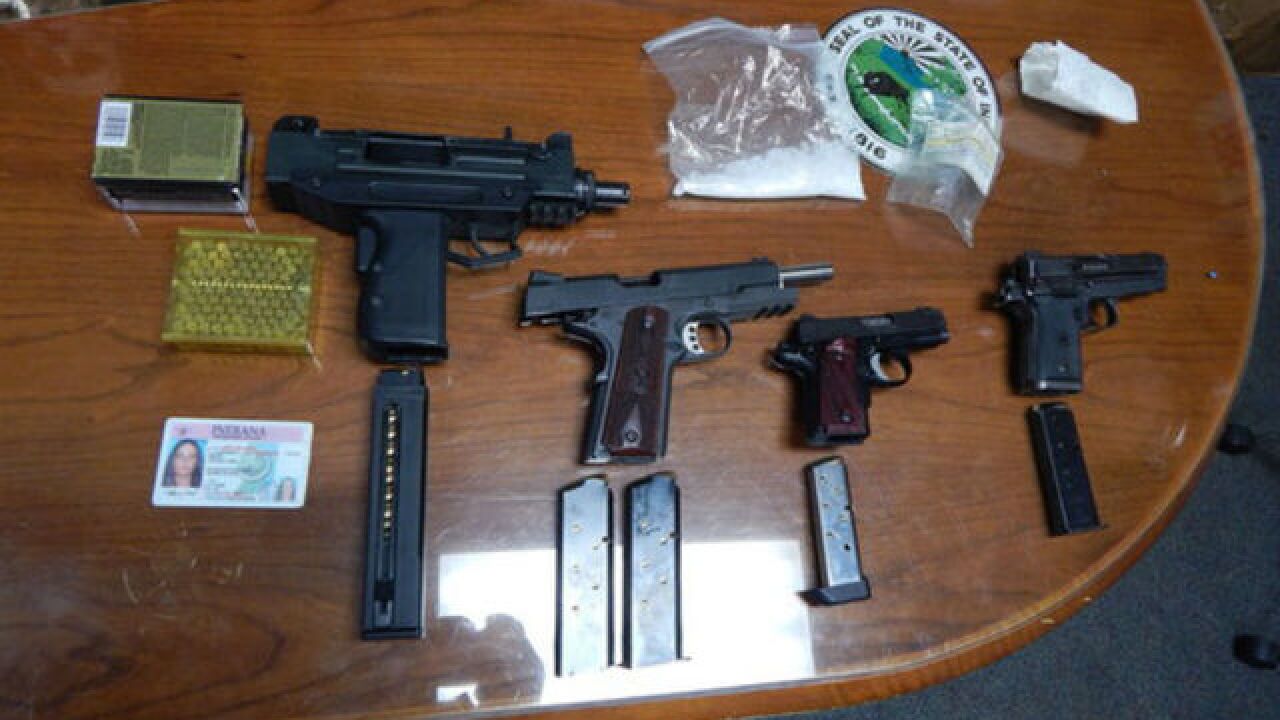 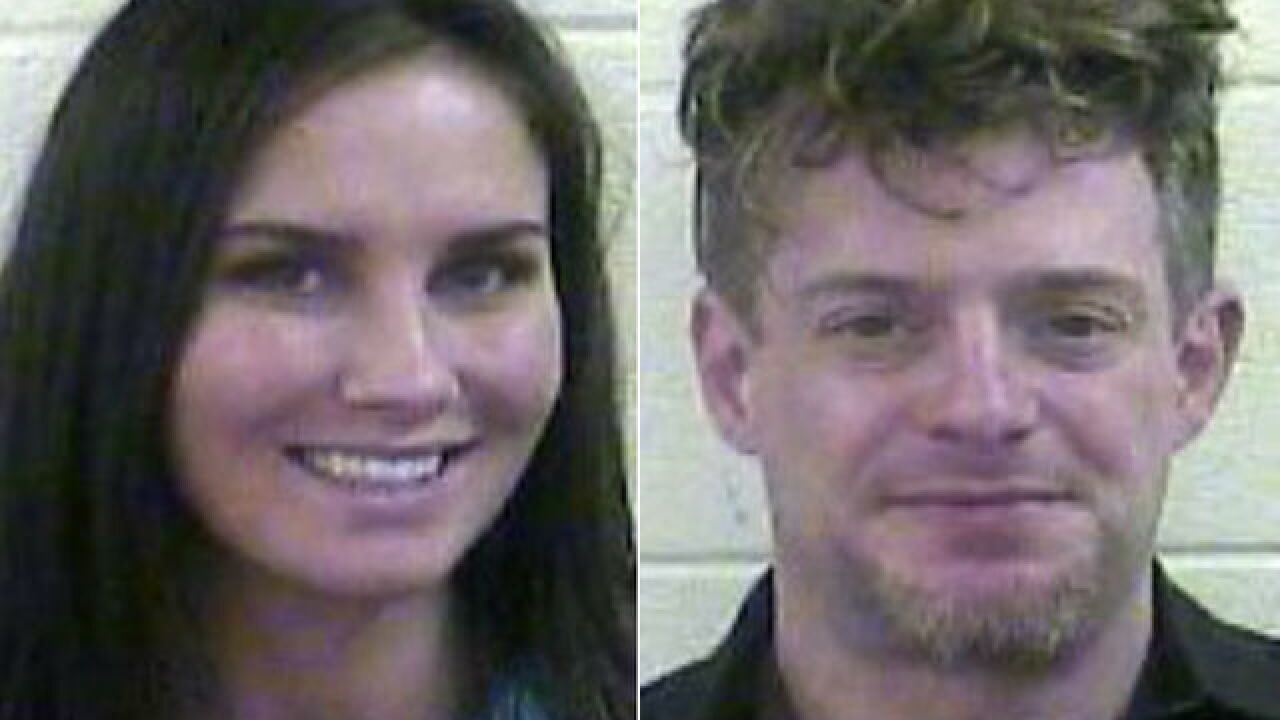 An Indiana state trooper was patrolling near Holland, Indiana, around 8 p.m. Wednesday when he reported seeing a 1998 Mercedes disregard a stop sign.

Inside the vehicle the trooper found 29-year-old Tiffany Reed, of Jasper, and 42-year-old Michael Gross, of Santa Claus.

The trooper reported suspicious circumstances, which caused him to request a K-9 unit. The K-9 alerted officers to the presence of suspected narcotics inside the vehicle.

As a result of the alert, troopers searched the vehicle and found 27 grams of methamphetamine, a small amount of heroin and four firearms, including a .22-caliber Uzi and a Kimber .380-caliber reported stolen out of Vanderburgh County.

Neither Reed nor Gross had a license to carry a handgun.