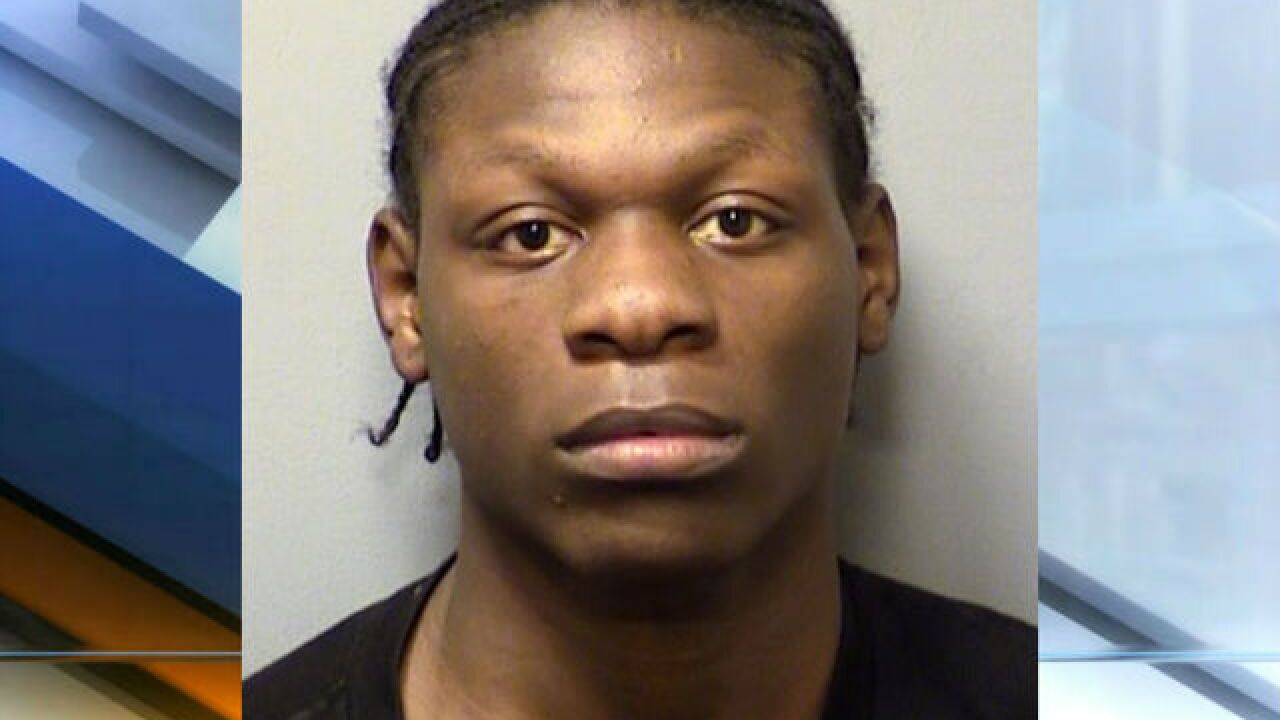 John Beasley, 28, was found shot and killed inside a vehicle in the 3500 block of Star Magnolia Place on the afternoon of Oct. 16.

Through information from witnesses and call records recovered from Beasley’s cellphones, investigators identified their primary suspect in the case as Toney Lamont Hodges, 17.

On Monday, IMPD announced it had arrested two teens in connection with Beasley’s murder. One of those teens, Hodges, was charged Tuesday as an adult with murder, robbery, conspiracy to commit armed robbery, carrying a handgun without a license and dangerous possession of a firearm.

The Marion County Prosecutor’s Office said the second teen, a 15-year-old, will be tried as a juvenile.

According to a probable cause affidavit filed in the case, Hodges told police he and the second teen arranged to meet Beasley through the “Offer Up” app (police later determined it was actually the “Letgo” app) to sell him a pair of Nike Air Jordan sneakers in exchange for marijuana.

Hodges reportedly told police the plan was for him to take the marijuana and the shoes while the other teen held Beasley at gunpoint with a firearm belonging to Hodges’ brother.

During the attempted robbery, though, Hodges said the other teen shot Beasley.

Police eventually located the 15-year-old who, after initially denying it, allegedly admitted to shooting Beasley after the latter grabbed him. The teen reportedly told police he then shot Beasley three more times before leaving the scene.

According to the affidavit, a search of Hodges’ home turned up a backpack containing homework with Hodges’ name on it and a Ruger .380 auto handgun. Police also found a pair of black-and-white Nike Air Jordan sneakers.

As of Tuesday afternoon, the teens were being held at the Marion County Juvenile Detention Center without bond.

Court records show Hodges was also charged as an adult Monday with armed robbery and auto theft in an unrelated case.