PC: Women held, beaten for days in basement of east side drug house 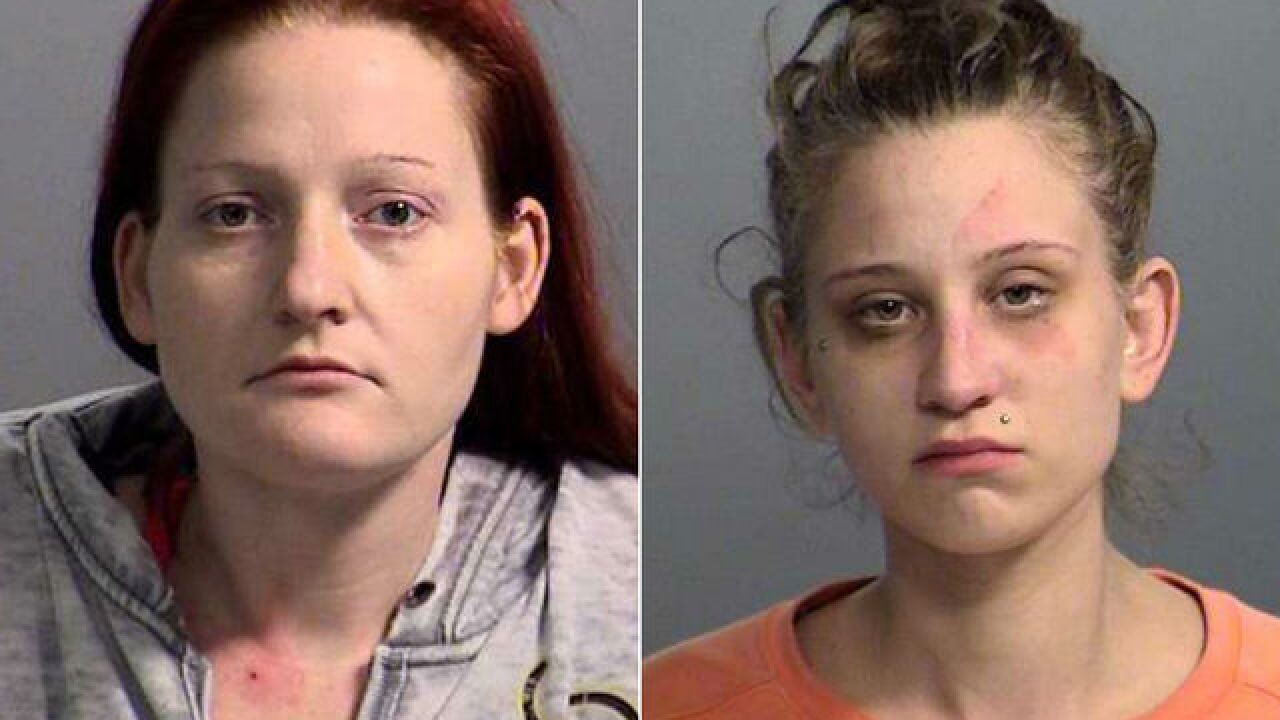 Copyright 2017 Scripps Media, Inc. All rights reserved. This material may not be published, broadcast, rewritten, or redistributed.
<p>Melissa Richards, left, and Ashley George</p> 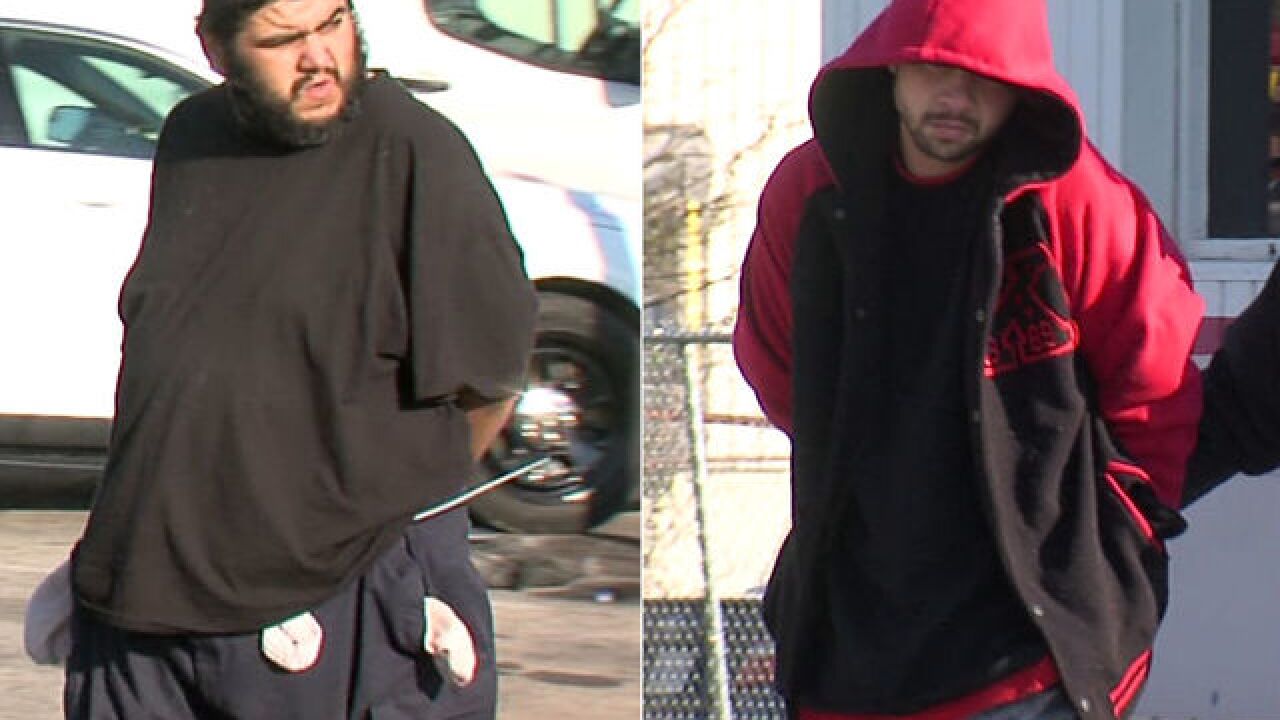 INDIANAPOLIS -- Two women say they were beaten, raped and held prisoner for days at an alleged drug house on the Near Eastside.

Their ordeal is documented in a probable cause affidavit filed Monday against three men Kenneth A. Braswell, 32; Thomas James Bell, 26; and Jose Nieves, 35. Two women, 29-year-old Melissa Richards and 30-year-old Ashley George, were also charged in the case.

According to the affidavit, the women told police they were able to contact them after days of confinement because the men had decided to take them to Bargersville. There, they were allegedly told to kill them with a “hot shot” – a lethal dose of heroin.

Instead, the women and two of the men – Bell and Nieves – ended up at the Circle K gas station at 4221 South Emerson Avenue in Beech Grove due to a flat tire.

While there, the women were able to contact police. Officers arrested Nieves and Bell, who gave a fake name of Jamie Smith, and took the women to St. Francis Hospital for medical treatment.

The women told police they’d gone to a house in the 1400 block of North Grant Avenue on Nov. 14 to do heroin with Richards. While there, one of the victims asked to borrow the Richards’ car.

The victims told police that Richards became irate when the car wasn’t returned in a timely fashion. They said Richards then decided to hold one of the victims, who had stayed behind while the other borrowed the car, as a hostage, allegedly telling the other woman: “I’m keeping your wife until I get my car back.”

Victim 1 told police that Richards and two other people inside the house then pistol-whipped her before binding her hands and feet with duct tape.

She said she was repeatedly beaten before being forced into a room her captors referred to as the "big closet.” During this time she was going in and out of consciousness.

At some point while in the "big closet,” Victim 1 told police that Braswell raped her, telling her, “If you scream, I’ll hurt you.”

Victim 2 told police that some of the people from the house eventually came and got the car and forced her to return with them at gunpoint.

Victim 2 said when she arrived back at the house she was beaten on her head, face and body and then bound with duct tape. She was taken to the basement, where Victim 1 had been moved to.

According to the affidavit, one of the men strangled Victim 2 until she lost consciousness. The men they proceeded to beat the women over the next several days -- breaking Victim 2’s clavicle in the process.

After days in the basement, the women were moved to a Mustang so they could be transported to Bargersville. It was then, when the car got a flat tire, that they were able to tell the gas station clerk to call the police and lock themselves in the gas station bathroom until officers arrived.

After officers placed Nieves and Bell under arrest they obtained a search warrant for the Grant Avenue house. There, they reportedly finding a bloody towel in the dining room area and a bloody pair of pants in the "big closet,” along with a large blood puddle in the basement. Police also located duct tape and a black handgun.

A search of the Mustang turned up two more handguns, duct tape, a machete and two cellphones.

Braswell, Nieves and Bell appeared in court on Nov. 20 for their initial hearing. Bond for each was set at $200,000. A warrant for Richards' arrest was issued the following day, and George was taken into custody the day after that.

As of Nov. 28, all five suspects remained in custody at the Marion County Jail.