Person found dead at home on Indy's east side 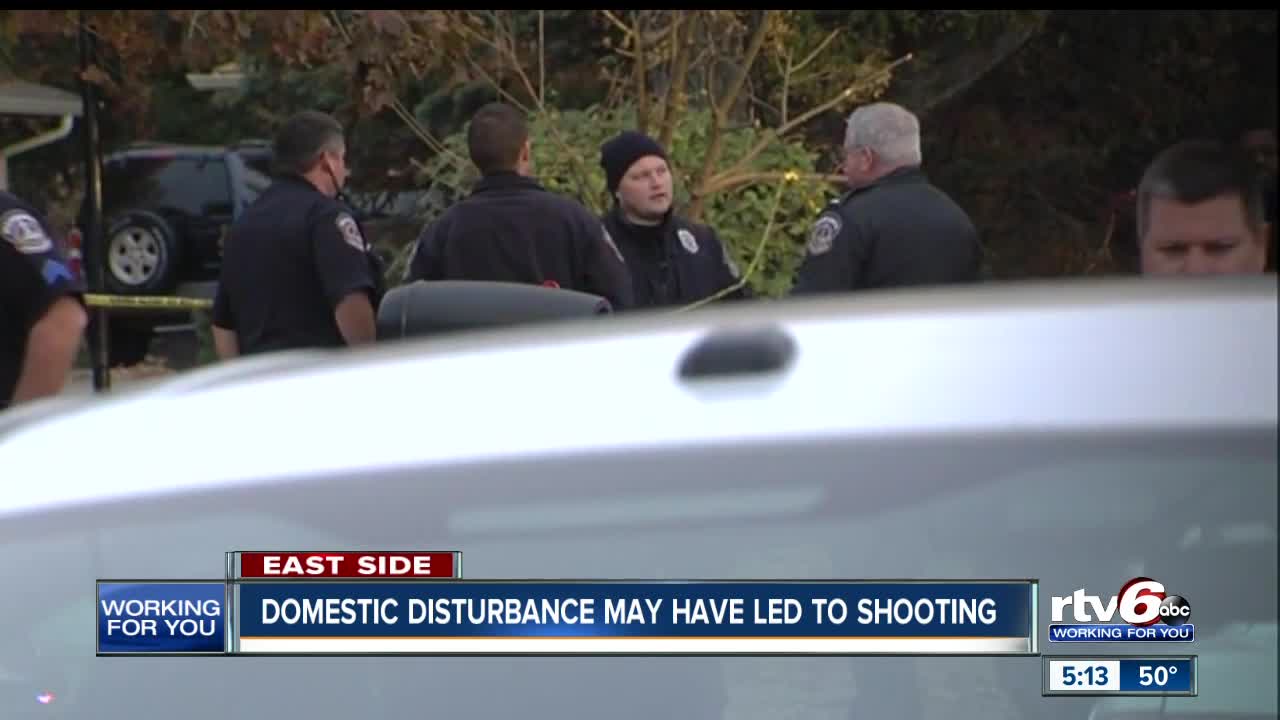 Police are investigating after a person was found dead at a home on Indianapolis' east side early Monday morning.

INDIANAPOLIS — Police are investigating after a person was found dead at a home on Indianapolis' east side early Monday morning.

Indianapolis Metropolitan Police Department PIO Aaron Hamer says officers were called to the 2600 block of Kay Ellen Drive just after 7 a.m. for a report of a person suffering from a gunshot wound.

Arriving officers found one person dead at the scene. Hamer say the victim is believed to be an adult male and the shooting may have stemmed from a domestic situation.

Multiple witnesses were inside the home at the time of hte shooting, according to Hamer, and detectives are still interviewing witnesses to determine what happened.

So far no arrests have been made.

The incident remains under investigation. If you have any information contact IMPD or Crime Stoppers of Central Indiana at 317-262-8477.2