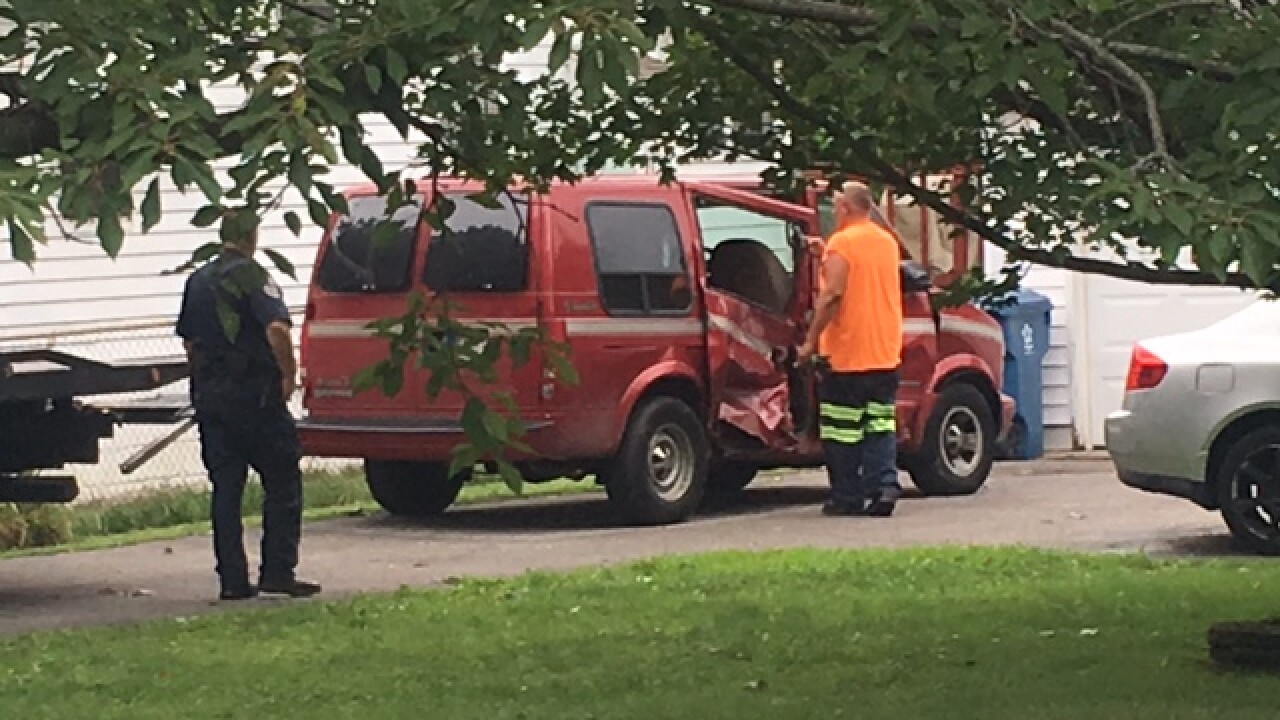 Shea Goodpaster/RTV6
A heavily damaged van is impounded by police from a residence on Taft Street on Thursday, Aug. 22, 2019.

INDIANAPOLIS — Police have impounded a vehicle and have a suspect following a hit-and-run crash that seriously injured two people late Tuesday in Indianapolis.

A spokesman for the Indianapolis Metropolitan Police Department confirmed a maroon minivan was impounded from a residence on Taft Street near McCarty Street on Thursday in connection with the ongoing investigation into a hit-and-run at West Washington and Denison streets late Tuesday. The spokesman also said police have a suspect, however, no arrests have been made.

Police initially did not have details on the vehicle involved in the crash but were reviewing video that could be related to the crash.

According to a report from the Indianapolis Metropolitan Police Department, southwest district officers were called to the area of West Washington and Denison streets at 11:52 p.m. Tuesday on report of a hit-and-run crash involving a motorcycle.

When officers arrived they found two people were on a motorcycle when they were involved in a crash. The driver of the other vehicle left the scene. The two people on the motorcycle were taken to an area hospital — one person in serious condition while the other was listed in critical condition.

Family members told RTV6 that Bobbi Jo Cardwell, 41, and Elisha Johnson, 31, were the two people seriously hurt in the crash. Relatives told RTV6 the driver of the other vehicle briefly stopped before leaving the scene without getting any help.

"He ended up throwing my brother's leg away from the scene so they could move his car and drive off," Sandy Johnson, whose brother was injured in the hit-and-run, said. "And the whole time my brother was asking, 'please call for help. Please don't just leave us here.' But he did. He left."

"How could you not get somebody [to] help," Tracy Gillette said. "You're out looking at them knowing they need help. I don't care if you don't have a phone. Go run somewhere, find somebody that has a phone."