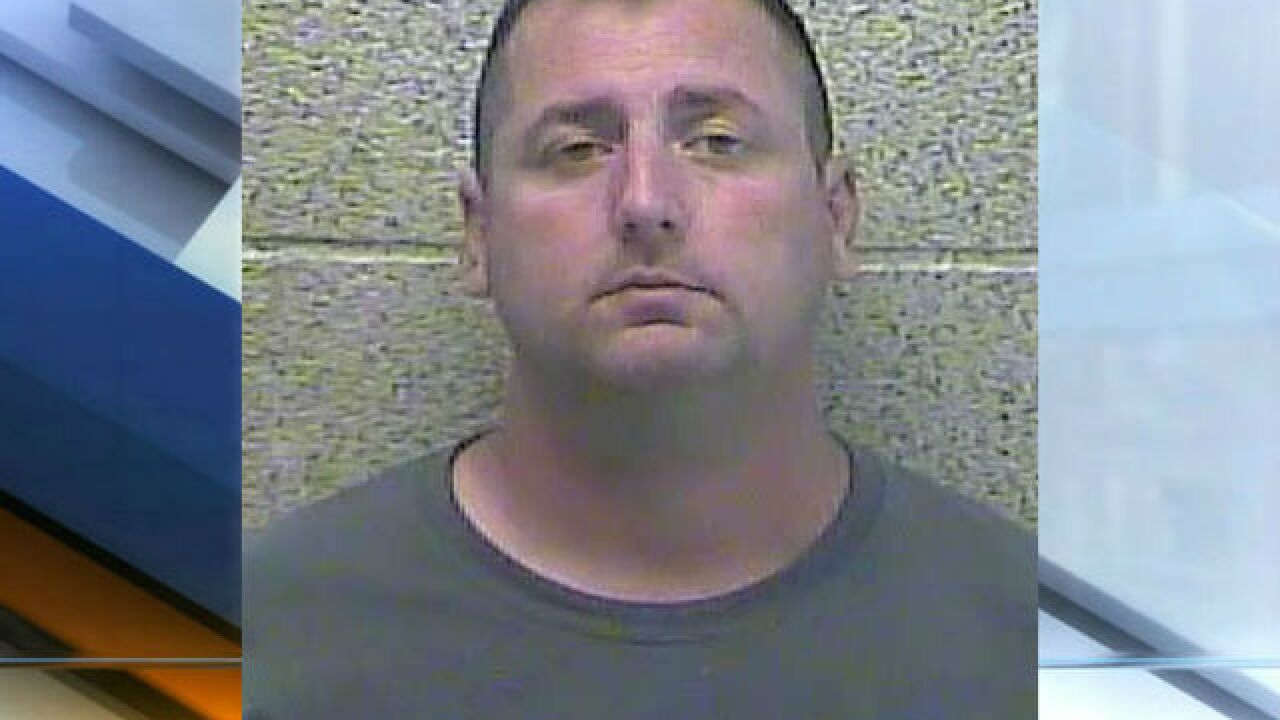 INDIANAPOLIS -- An officer with the Indianapolis Metropolitan Police Department was arrested on preliminary assault charges Friday evening in Kentucky.

IMPD officer Jeremy E. Fuesler, 39, of Danville, Indiana, was arrested after a fight in the parking lot of a Burger King in Henderson, Kentucky.

According to a news release, officers with the Henderson Police Department were called to the Burger King at 2230 of US 41 North for a fight. Fuesler told police he began arguing with a family member in the parking lot when it became physical. When the family member tried to get in his vehicle, Fuesler pushed him away, pulled out a pistol and pointed it at the family member.

Fuesler told police he feared for his life.

Fuesler was arrested at the scene and preliminarily charged with wanton endangerment and assault - domestic.

A spokesperson with the Indianapolis Metropolitan Police Department said Fuesler is on administrative leave without police powers.