Suspect is shot, but alive. 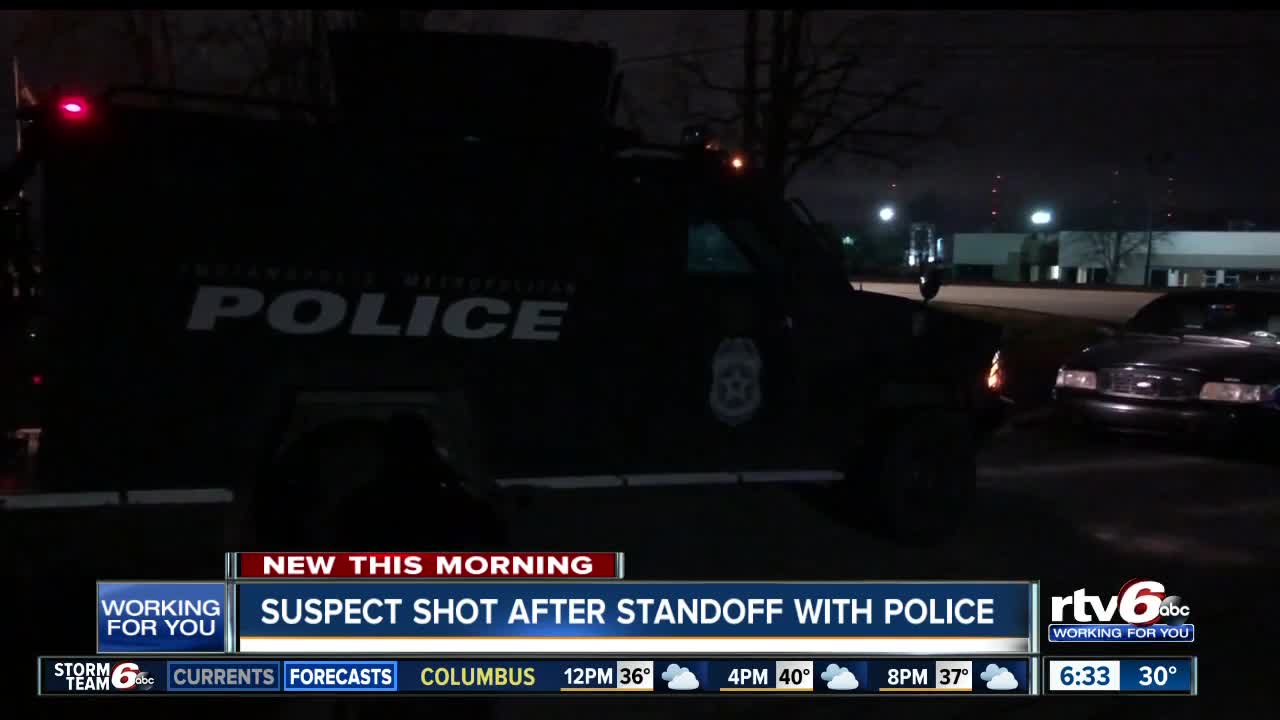 A standoff between Indianapolis police and a man who refused to give up, ended in gunshots, late-Monday. The suspect was wounded and was rushed to St. Vincent Hospital in serious condition, but he is expected to survive, IMPD Sgt. Grace Sibley said. The police officers at the scene were not hurt. 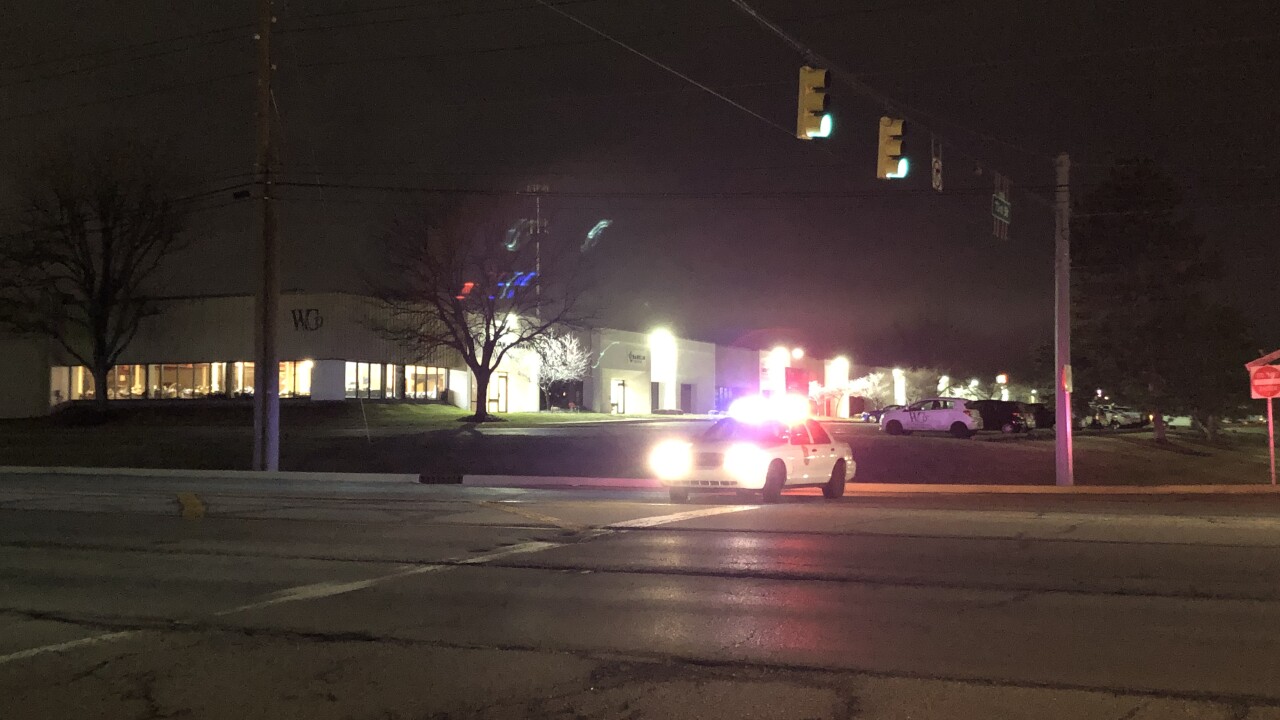 INDIANAPOLIS — Police have identified the man shot by police after a long standoff Monday night at an office park on the northwest side of Indianapolis.

Indianapolis Metropolitan Police Department officers were initially called to the 7100 block of Lakeview Parkway West Drive around 5 p.m. for a report of a burglary-in-progress, IMPD Sgt. Grace Sibley said.

When officers arrived, they saw a man, Anthony Statzer, 37, running from the location and into a business in the 7100 block of Zionsville Road, Sibley said. The people inside the business were able to get out before he barricaded himself inside.

Sibley said Statzer had tried to burglarize the first business, but fled after realizing that there were still employees inside.

IMPD crisis negotiators and S.W.A.T. team members secured the area and after an hours-long standoff, Statzer became agitated and pointed a firearm at the officers outside, Sibley said. Officers on scene responded by firing shots at the suspect, striking him.

He was taken into custody and rushed to St. Vincent Hospital in serious condition. No officers were injured in the shooting.

As of Tuesday evening, police said he is in critical condition, but is expected to survive.

Officers located a firearm, allegedly in his possession, when he was detained, Sibley said.

Statzer was charged on the suspicion of attempted burglary, confinement, intimidation, criminal recklessness, pointing a firearm, and serious violent felony in possession of a firearm, Sibley said. Formal charges have not been filed, according to online court records.

The photo below, of Statzer, is a jail booking photo, provided by IMPD, from a recent, unrelated arrest.

IMPD has released the following preliminary timeline of the incident. The information is from the computer aided dispatch system.

Roads in the area were closed during the standoff, which lasted several hours.

Anyone with information is asked to call Crime Stoppers of Central Indiana at 317-262-TIPS (8477).