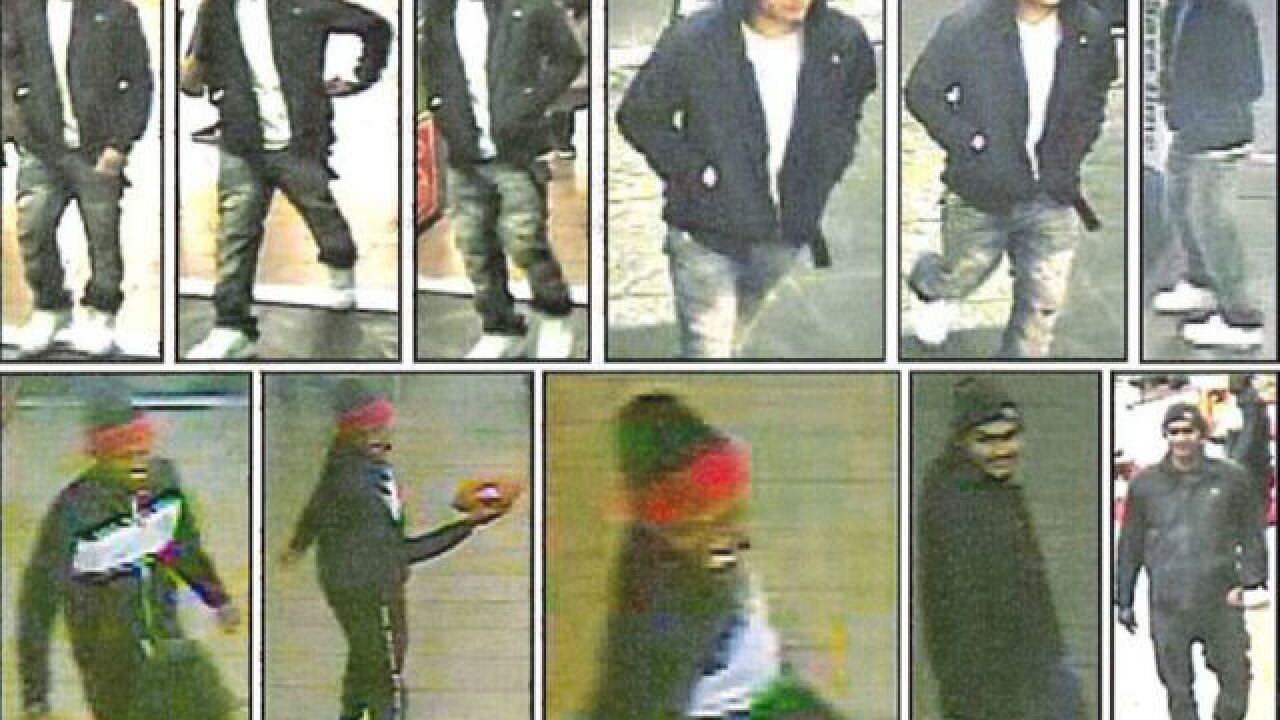 INDIANAPOLIS — Police in Indianapolis are trying to find three men wanted in connection with the shooting of a juvenile Sunday evening on Indianapolis' northwest side.

Just after 10 p.m. on Nov. 14, an off-duty officer with the Indianapolis Metropolitan Police Department came upon a person shot. The officer requested Indianapolis Medical Emergency Services, who transported the victim to the hospital in serious condition. Three men fled the scene before the officer’s arrival, police say.

One man was described as a 5-foot-5-inch Hispanic male in his early 20s, wearing a ball cap and dark hooded jacket, white T-shirt, blue jeans and white shoes.

Another was described as a skinny 6-foot-2 to 6-foot-3 black man in his mid-20s wearing a red and black stocking cap, dark jacket with white on the front, dark pants with a white stripe, white shoes and was carrying a football.

The third person was described as a 6-foot-2 Hispanic man in his mid-20s. He was wearing all dark clothing.