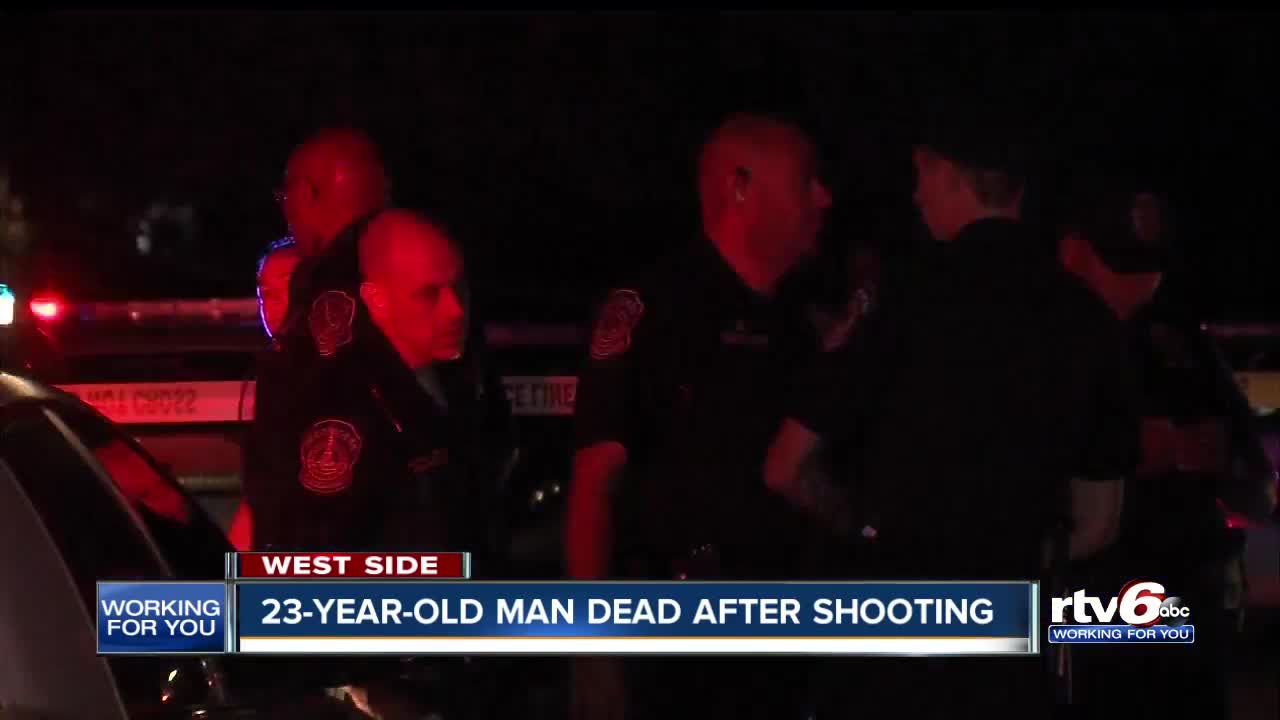 INDIANAPOLIS — Police are looking for three people of interest after a man was shot and killed Saturday night on the west side of Indianapolis.

Indianapolis Metropolitan Police Department officers and emergency personnel were called around 8 p.m. to the 3200 block of Lupine Drive, near West 34th Street and North High School Road, on the report of a person shot, IMPD Officer Aaron Hamer said in a press release.

When they arrived, they located a 23-year-old man who had been shot, according to officers on scene. The man later died.

The Marion County Coroner has identified the victim as Jimmy Warren. His cause of death was determined to be "multiple gunshot wounds."

IMPD homicide detectives are looking for three people of interest who left the scene after the shooting, according to the officers.