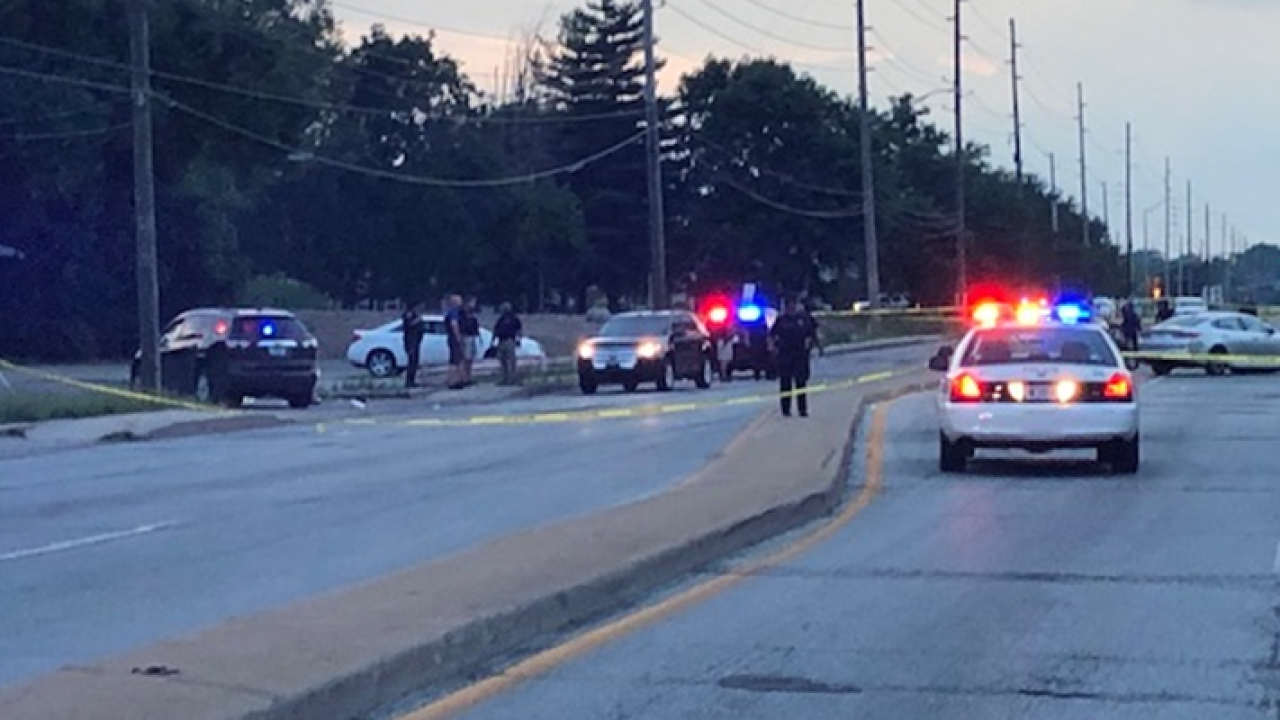 INDIANAPOLIS — Indianapolis police have made a quick arrest following one of the city's most recent murders.

Green, who may have been caught up in a road-rage incident, was rushed to a local hospital but later died.

Police closed off busy East 30th to traffic between Arlington and North Ritter Avenue as a large crowd gathered at the scene.

The city's northeast side has been hit very hard by violent crime in a year that may be the worst yet for murders in Indianapolis.

A few hours after Green's death, a 27-year-old man was murdered on the city's east side, early-Thursday. The victim was identified as Xavier Grant.

The Indianapolis Metropolitan Police Department reports 109 homicides in its service area this year. That is well ahead of last year's pace.