Police: Man disappeared on test drive and led officers on an hour-long chase 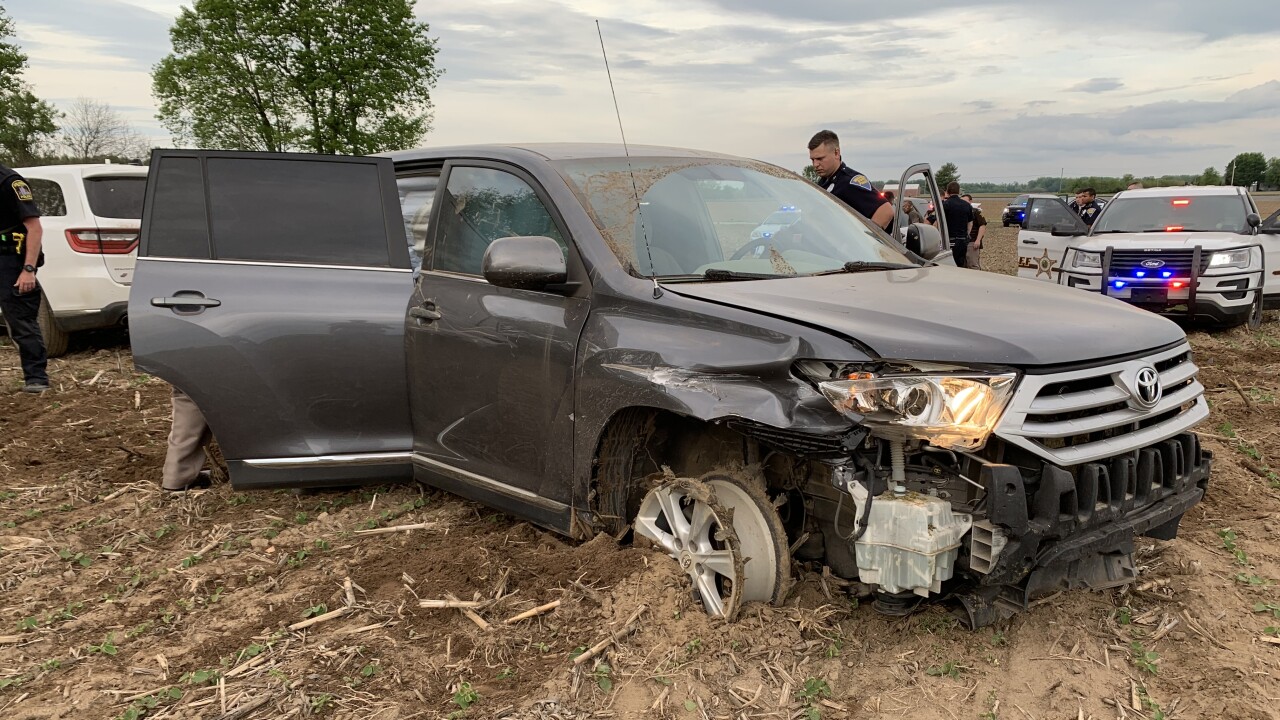 JONESVILLE — A 28-year-old Bartholomew County man faces multiple charges after he allegedly disappeared while test driving a sport utility vehicle and led police on an hour-long chase Sunday before he was arrested in a farm field.

According to information from the Columbus Police Department, at 6:20 a.m. Sunday, officers responded to the 4000 block of 25th Street in Columbus after a tow truck driver's assistant was struck by a driver who sped away while they were attempting to recover a 2011 Toyota Highlander that had not been returned from a test drive in Indianapolis.

The assistant was not seriously injured, police said.

Shortly after, a Columbus police officer saw the suspect and attempted to stop him, but he refused to pull over and the pursuit began.

During the pursuit, police said the man, who lives in Hope, Indiana, struck multiple tire deflation devises as he traveled into Jackson County and back into Bartholomew County.

The pursuit ended when the man drove into a farm field near County Road 850 South in Jonesville, police said. He was arrested and is in custody at the Bartholomew County Jail.

WRTV does not identify suspects until official charges are announced.