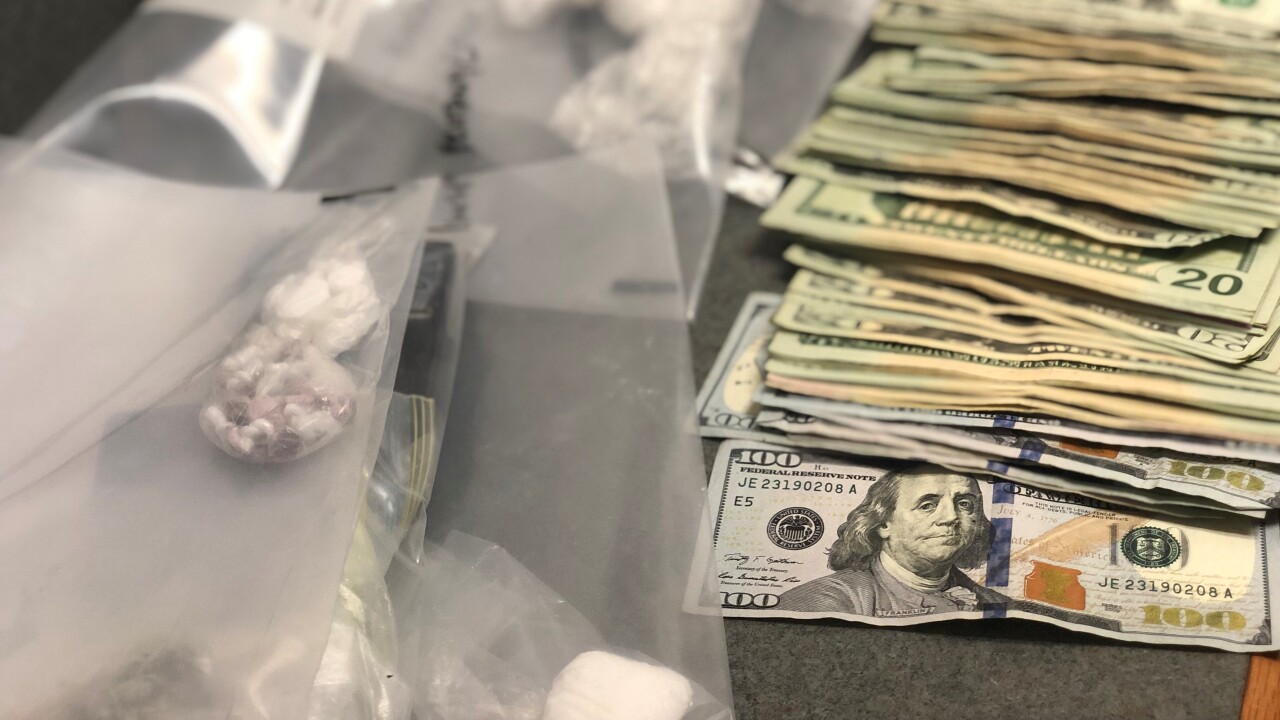 INDIANAPOLIS — Police seized Fentanyl, heroin and a large amount of cash following a drug investigation on the south side of Indianapolis on Wednesday.

According to a report from the Indianapolis Metropolitan Police Department, on Wednesday around 7 p.m. Southeast District Narcotics detectives were conducting surveillance on a house in the 2100 block of Redfern Drive where narcotics activity had been observed.

Detectives alleged a 44-year-old man was dealing narcotics from the house and obtained a search warrant for the house. When the man returned home, a traffic stop was initiated and the search warrant was served.

Police said during the search officers found four ounces of Fentanyl, heroin, more than $5,000 in cash and narcotics paraphernalia. The man and a 35-year-old woman were arrested on suspicion of dealing and possession of narcotics, possession of marijuana and maintaining a common nuisance.

RTV6 is not identifying the two suspects because formal charges have not been filed.

Anyone with information about illegal activity in their neighborhood should call Crime Stoppers of Central Indiana at 317-262-TIPS (8477).