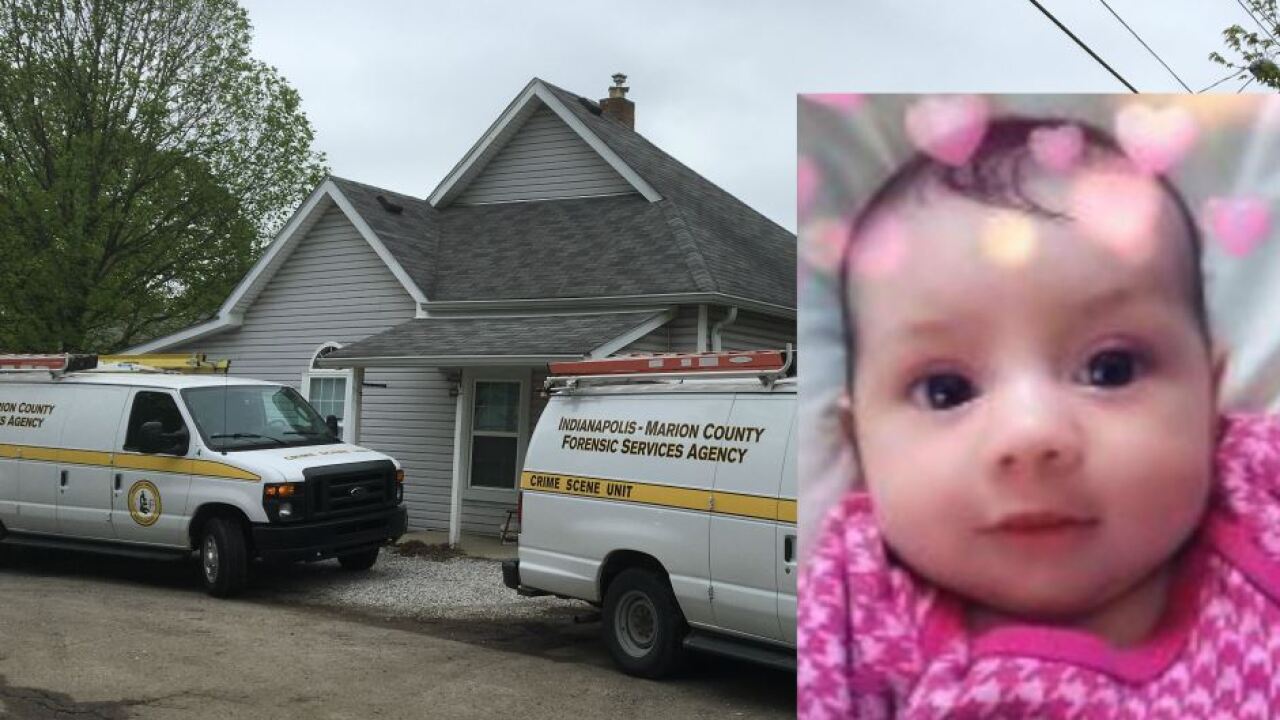 INDIANAPOLIS — Police are wrapping up their search at the home where Amiah Robertson was last seen alive.

The search was done at a home on Holmes Avenue where Amiah Robertson's babysitter lived. Police say the babysitter claims the child never showed up the day she is believed to have gone missing.

Indianapolis Metropolitan Police Department forensics team was searching the home and property on Monday. They returned Tuesday morning, along with a team from the University of Indianapolis where they are expected to dig and collect more evidence.

In a press conference just before noon Tuesday, IMPD Deputy Chief Chris Bailey said they were wrapping up their search after two days and they have no new information or news about Amiah's disappearance.

Amiah Robertson was reported missing on March 16, but investigators say Amiah was last seen alive on March 9 when her mother's boyfriend, Robert Lyons, says he took Amiah to the babysitter.

Bailey said they had received information that there may be something in the backyard at the home on Holmes Avenue. IMPD forensics, cadavar dogs and a team from the University of Indianapolis searched the yard and were unable to find anything to help with their investigation, Bailey said. He could not give specifics about what that information they received was.

Investigators are asking for anyone who saw Robert Lyons, the boyfriend of Robertson's mother, and or Amiah Robertson on March 9, or any day after, in the area of Rockville Road and South Mickley Avenue to contact investigators. Lyons is believed to have traveled in a 1996 maroon Isuzu Rodeo in poor condition.

IMPD have said Robertson's mother is not a suspect and has been cooperating with detectives.

You can watch the full IMPD press conference with Deputy Chief Chris Bailey below.