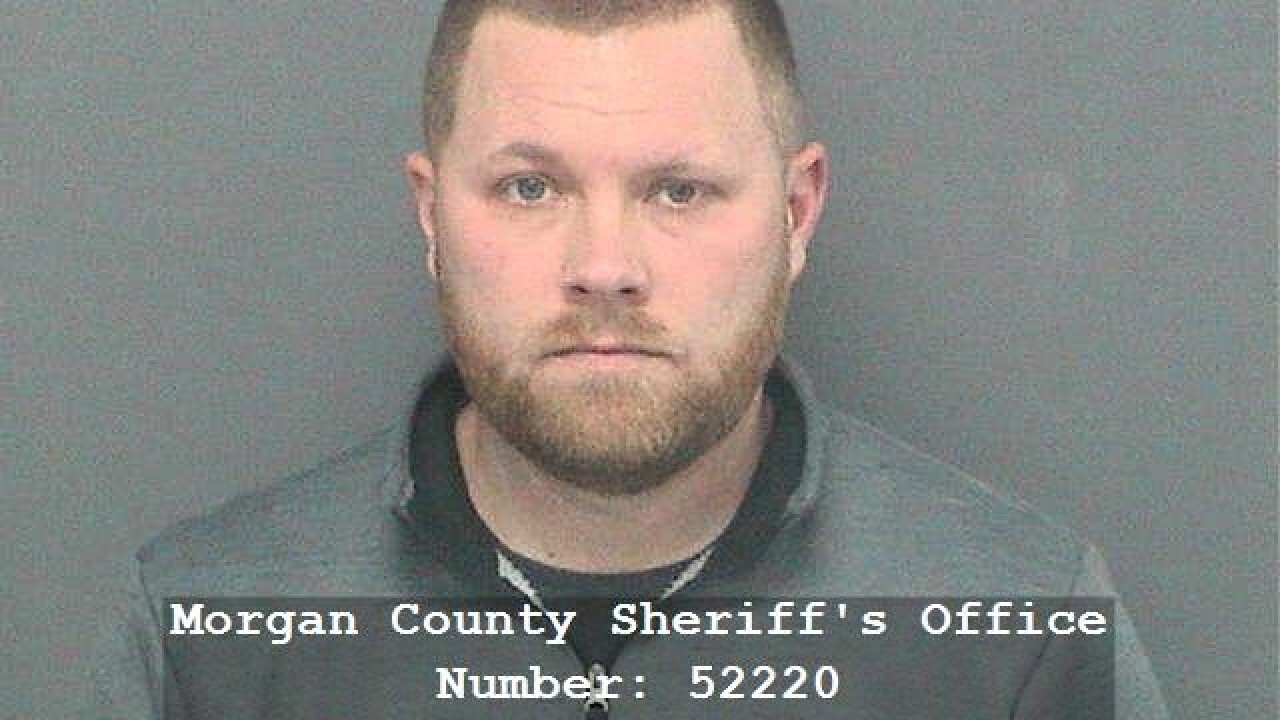 Chief Matthew Long received $8,316.20 in excess overtime and sick time to which he was not entitled, according to an audit released Wednesday by the Indiana State Board of Accounts.

According to court documents, at the end of 2016, Long submitted a pay voucher to pay himself for the 9 sick days allegedly accrued during 2016.

The City of Martinsville has a policy which allows police officers to accrue up to 110 days (880 hours) of sick leave time.

Long also submitted a pay voucher at the end of 2017 to be paid for sick days allegedly accrued during 2017.

The payouts resulted in Long receiving $1,530 in sick pay to which he was not entitled, prosecutors allege in a probable cause affidavit unsealed Thursday.

An audit just released Thursday by the Indiana State Board of Accounts says Long also received $6,786 in excess overtime pay he didn’t earn.

City of Martinsville policy says officers are entitled to time and a half pay for any hours worked over the 171 hours in a 28-day period.

“Based on this policy, Long was recording accrued time when none was earned,” read the audit. “Periodically, Long requested payout of the accrued time in the form of a signed letter to the clerk-treasurer, which stated the number of hours to be paid and the total amount. The total amount was calculated at an hourly rate that was also one and a half times the police chief’s regular hourly rate.”

Auditors said this resulted in an “improper double multiplier for all accrued time.”

Auditors also found Long claimed 176.73 hours for Special Weapons and Tactics (SWAT) at “time and a half” rather than his regular hourly rate.

The State Board of Accounts criticized the city’s internal control system, including the lack of oversight of the police chief.

SBOA sent the case to the Indiana Attorney General’s office which could file a civil suit to try to recoup the money for taxpayers.

Long is due in court on the criminal case on March 15 at 8:30 a.m. for an initial hearing in Morgan County Superior Court 1.

"My client denies these allegations," John Kautzman, Long's attorney, said in an emailed statement. "At no time did Chief Long intentionally engage in any criminal or knowingly improper conduct. We look forward to a thorough review of the true facts of this case."

Long turned himself in and was booked and released around 3 p.m. Wednesday.

“I recently learned that Chief Matt Long turned himself in to authorities because of pending charges for theft and official misconduct. We believe in strong leadership in Martinsville and expect our leaders to lead by example. If these allegations prove true, this is a failure of leadership and trust. While I am deeply saddened to learn of these charges against someone I initially believed to be a great leader for our police department, my administration will fully cooperate with prosecutors as this matter unfolds and will support making the people of Martinsville whole. Further, this matter has brought to light the ways we can improve our internal processes, which is the action we are currently taking. We can only move forward to continue to strive for a better Martinsville.”

In late-January, RTV6 reported Indiana State Police had launched a criminal investigation on a City of Martinsville employee, without naming the person.

The investigation began at the request of the Morgan County Prosecutor.

In the fall of 2018, I was given information of possible misuse of time and overtime compensation by a city employee. I reported the information to the Indiana State Board of Accounts and an investigation was initiated. While the investigation by the SBOA is still ongoing, I have been informed that there is merit to the information. My office and I have cooperated fully with the investigation and plan to continue to do so. At this time, I am unable to provide further details as the investigation is still pending. Please be assured that my office and those who work in my office are dedicated to ensuring the proper application of state statutes and city policies in the allocation of funds. It is our goal to provide the best possible plan of action to correct the immediate problem and aid in the prevention of future misuse of funds.

In early February, Mayor Shannon Kohl announced she would not seek re-election.

Kohl has expressed concern about the city’s financial system that handles payroll and invoices.

“If unaddressed, the consequences of allowing the current system to continue in place will have dire consequences for the City of Martinsville in the form of a lower bond rating and greater expense to our citizens through higher interest rates,” Kohl said in a statement on Jan. 26. “It is unfortunate that this has become clear just as we are turning a corner with the new downtown redevelopment and the opportunities from I-69.”