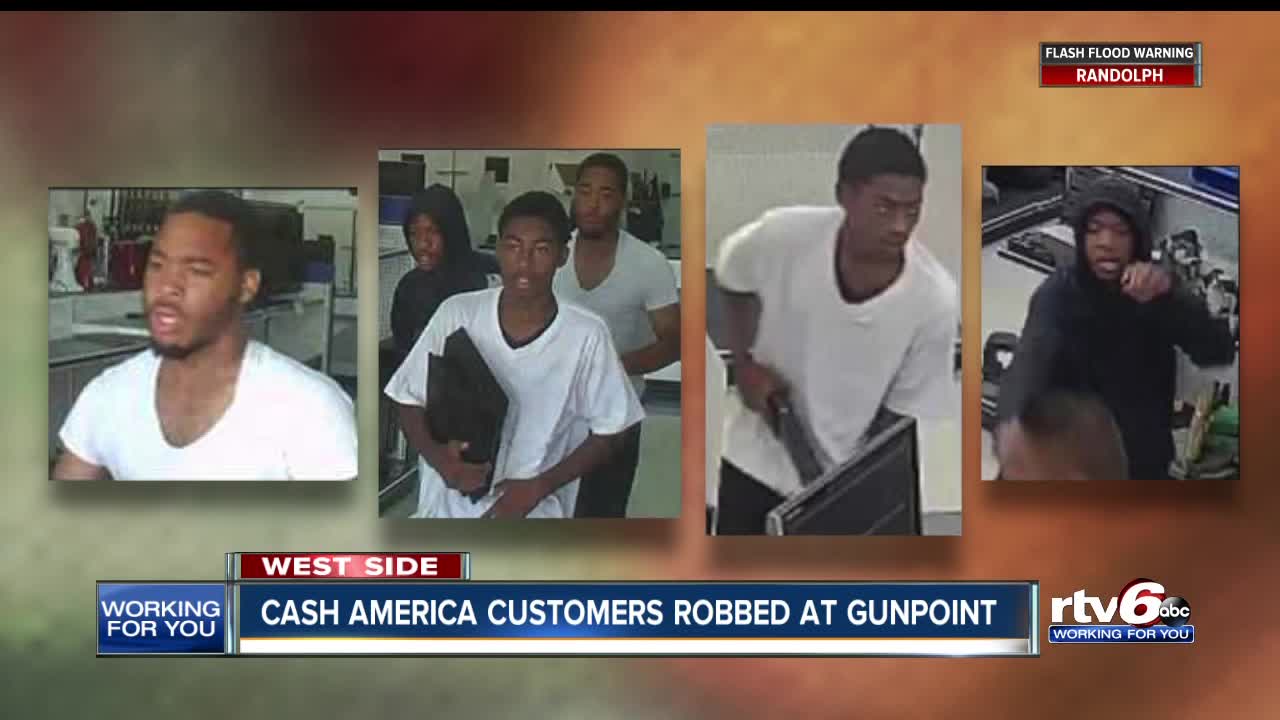 A $10,000 reward is being offered for information that leads to the arrest and conviction of four people who robbed a local store.

Up to $10,000 in reward money is being offered for information that leads to the arrest and conviction of four suspects who police say robbed a west side store last week.

Investigators say four people, three with guns, robbed the Cash America on Lafayette Road near 38th Street on the west side of Indianapolis. It happened around 1 p.m. on July 2.

Police say the suspects held people in the store at gunpoint and stole seven handguns, jewelry, cash, a video game console and personal items from customers.