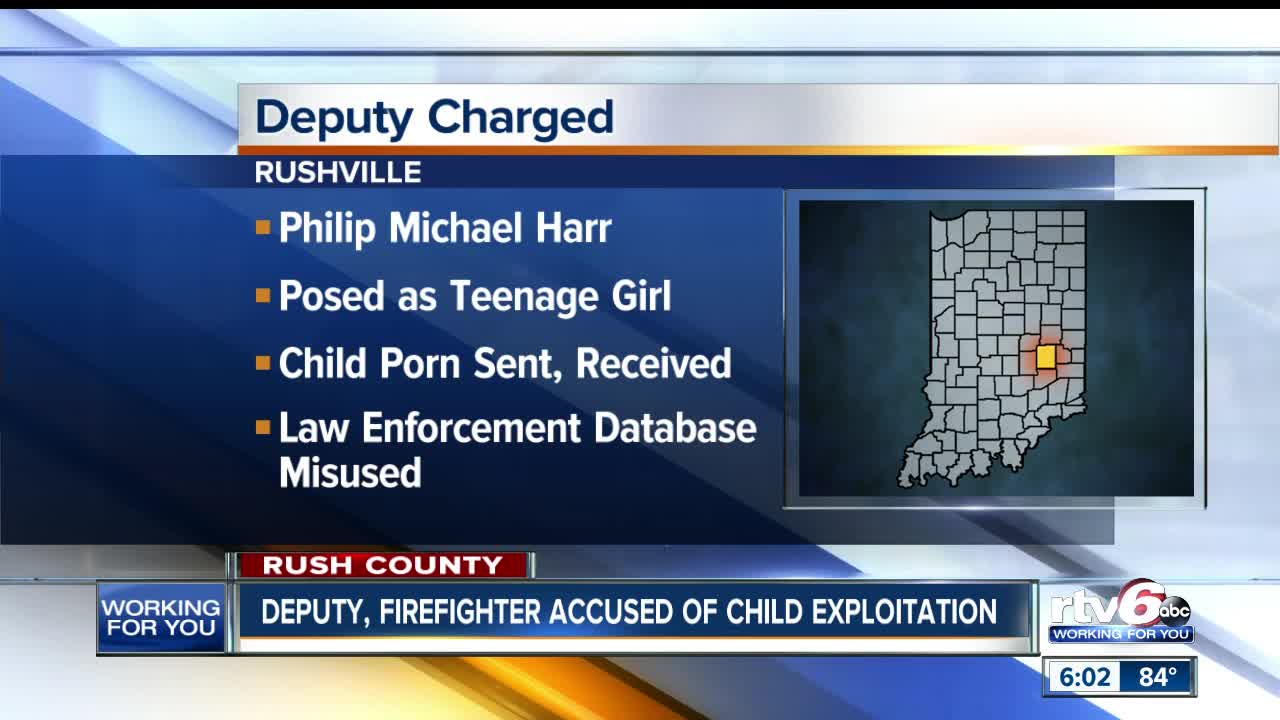 INDIANAPOLIS — A Rush County sheriff's deputy and firefighter who was charged with sexual exploitation of a child and possession of child pornography faces at least 15 years in prison.

Philip Michael Harr, 29, Rushville, allegedly used a social media app to pose as a teenage girl and solicit photos and videos of at least two children engaged in sexually explicit conduct, according to a release from U.S. Attorney Josh. J. Minkler of the Southern District of Indiana. The alleged victims were from Indiana and Mississippi.

Harr is also accused of using the same app to "distribute, receive and possess images and videos of children engaged in sexually explicit conduct" and of using a law enforcement database to conduct searches for one of his victims.

If convicted, Harr will spend between 15 and 30 years in prison.

“Public officials are entrusted to perform their work duties and to serve the community without committing criminal conduct on the job,” Minkler said. “The U.S. Attorney’s Office is committed to identifying and prosecuting individuals who utilize social media and other vehicles to exploit innocent children.”

Harr allegedly committed the crimes while on duty as a Rush County special sheriff's deputy and a Rushville firefighter. He also worked as a courtroom security officer and dispatcher in Rush County.

The FBI and Rush County Sheriff's Department conducted the investigation. Anyone who might be a victim is asked to contact the Indianapolis FBI Office at 317-595-4000.