Second victim from shooting on Indy's south side dies, police are still searching for a suspect 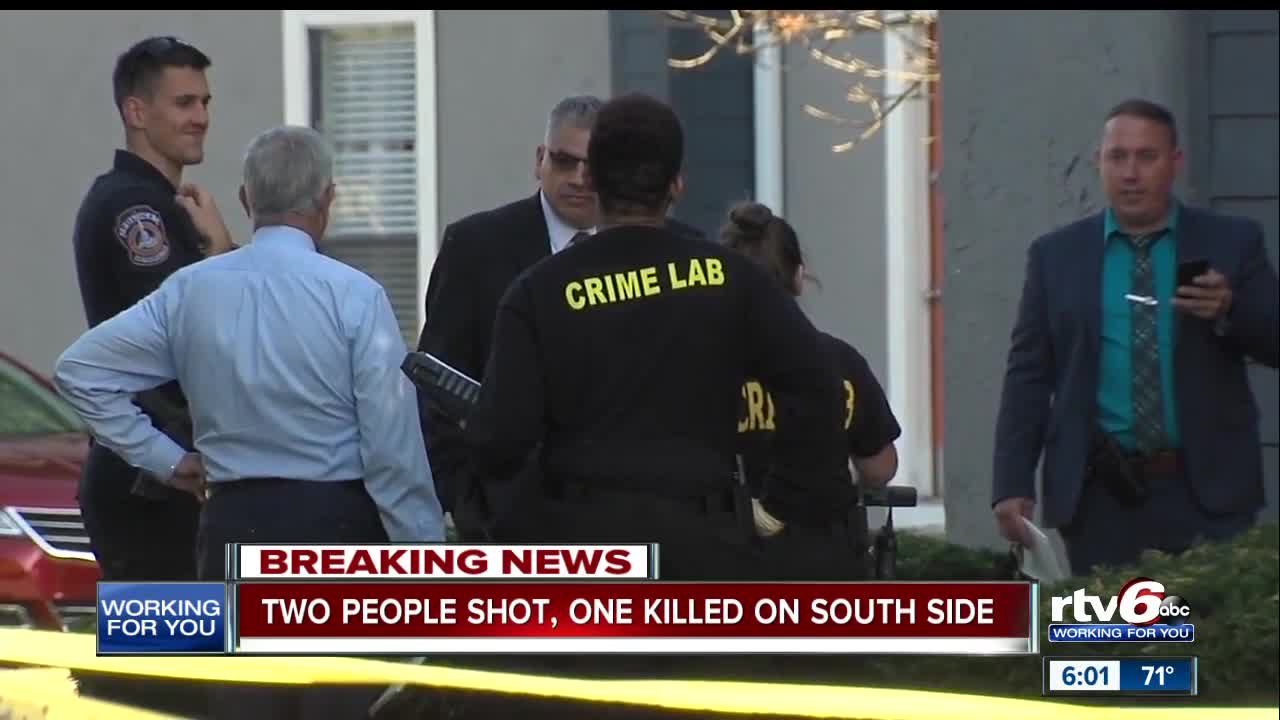 One person is dead and one person was injured in a double shooting Monday on the south side of Indianapolis.

UPDATE: The victims have been identified as Gary Miller II, 24, and Lamont Day Jr., 22, according to the Marion County Coroner's Office.

INDIANAPOLIS — One person is dead and one person was injured in a double shooting Monday on the south side of Indianapolis.

Indianapolis Metropolitan Police Department officers and emergency personnel were called around 4:30 p.m. to the Southport Crossing Apartments in the 7300 block of Orinoco Avenue, near East Southport Road and US 31, on the report of a person shot, IMPD Office Michael Hewitt said.

One person was found dead in a vehicle, Hewitt said. Another person was taken to a local hospital in critical condition.

That person later died at the hospital.

Additional details surrounding the motive are under investigation by detectives and have not been released.

Anyone with information is asked to call Crime Stoppers of Central Indiana at 317-262-8477(TIPS).