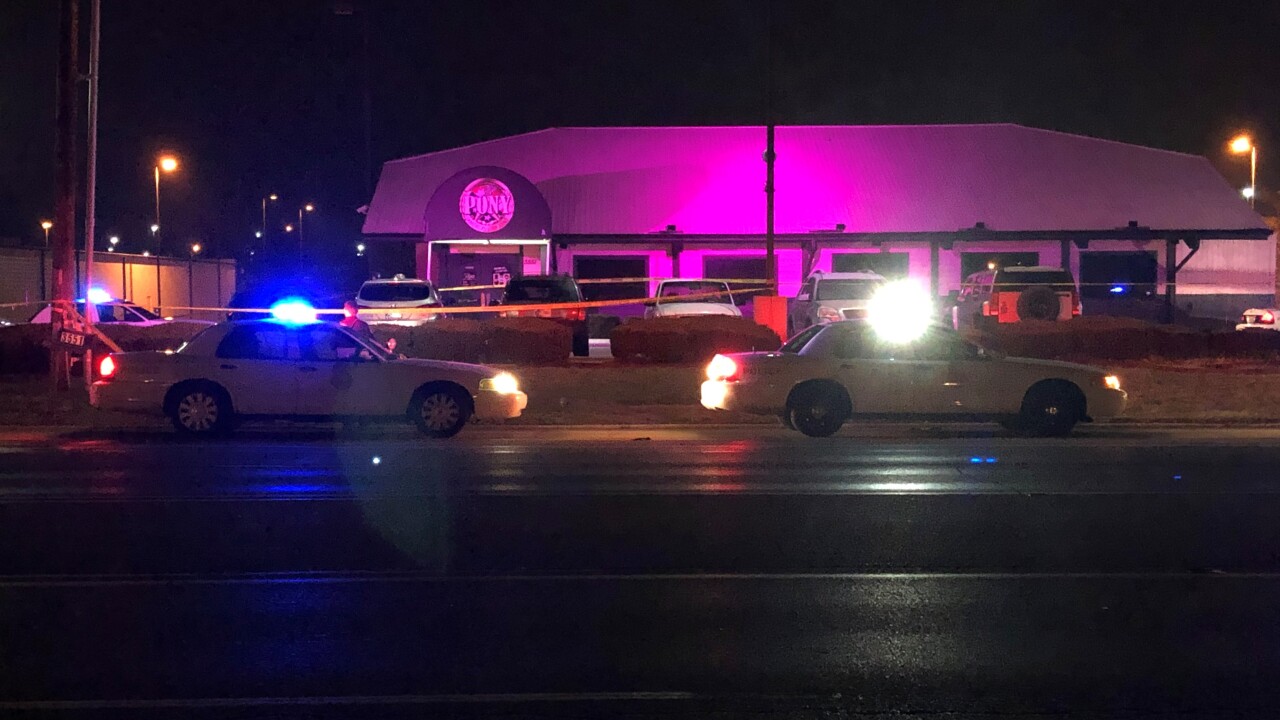 Jonathon Christians/RTV6
A man is dead and a security guard was critically injured after they exchanged gunfire at The Pony, an Indianapolis strip club, on Monday, Jan. 27, 2020.

INDIANAPOLIS — A security guard and a man are both dead after police say they exchanged gunfire early Monday morning at a strip club on the northwest side of Indianapolis.

Indianapolis Metropolitan Police Department officers responded to the scene outside "The Pony Indy" in the 3500 bock of Lafayette Road around 2:30 a.m. for a report of two people shot.

The man was pronounced dead at the scene.

READ | One Night at The Pony: Stormy Daniels comes to Indy

The security guard was rushed to the hospital in critical condition where he later died.

Homicide detectives are still interviewing witnesses and piecing together the details from the scene.

Anyone with additional information is asked to contact IMPD or Crime Stoppers of Central Indiana at 317-262-8477.