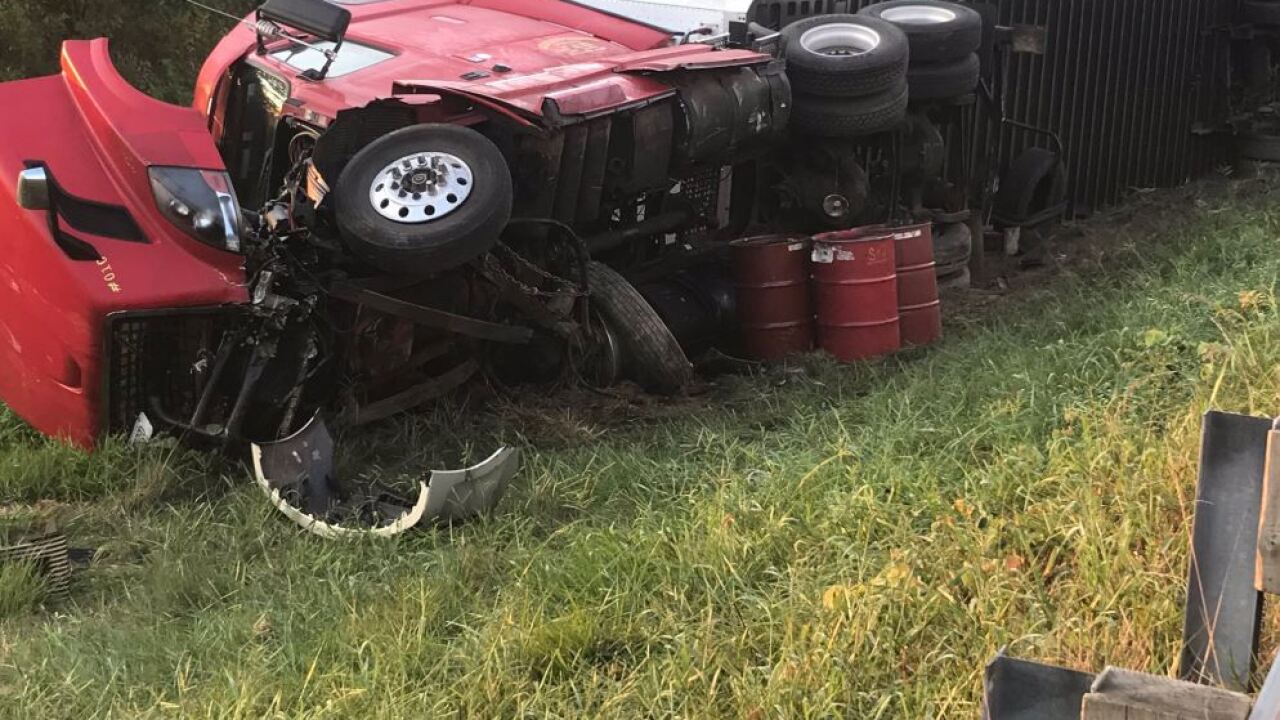 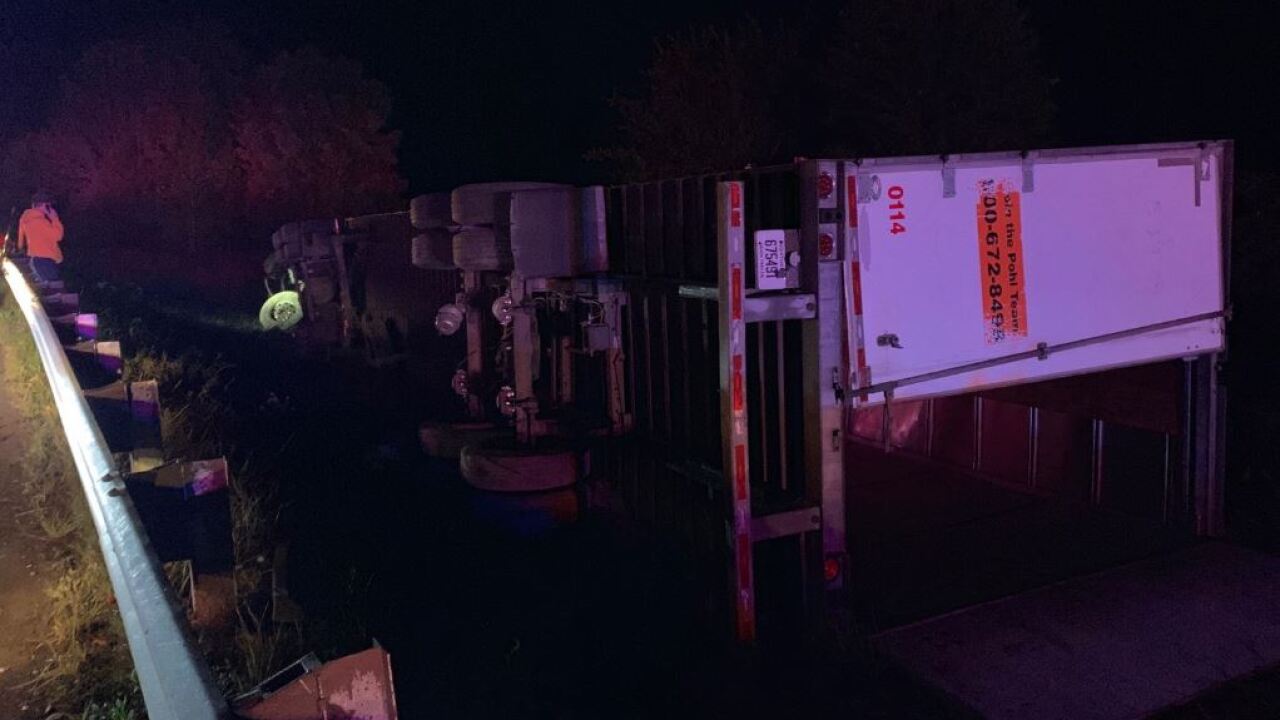 JACKSON COUNTY — A semi driver is accused of being intoxicated when they overturned their truck on I-65 in Jackson County early Monday morning.

Indiana State Police say the truck overturned around 6 a.m. in the northbound lanes of I-65 near Seymour. Traffic is being diverted onto US 50 at Seymour to US 31.

State police say the driver was arrested for operating while intoxicated.
The crash remains under investigation by ISP.

Driver of the semi was arrested for operating while intoxicated.

I-65 NB may remain closed for two more hours. pic.twitter.com/voa0uqMv5F

The overturned semi is located on I-65 NB near 52 mm in Jackson County. I-65 NB is closed at exit 50. It is open from exit 55 to the north. The NB stretch between US 50 and SR 11 will remain closed for at least two more hours. No injuries reported. pic.twitter.com/yqtcnibej7