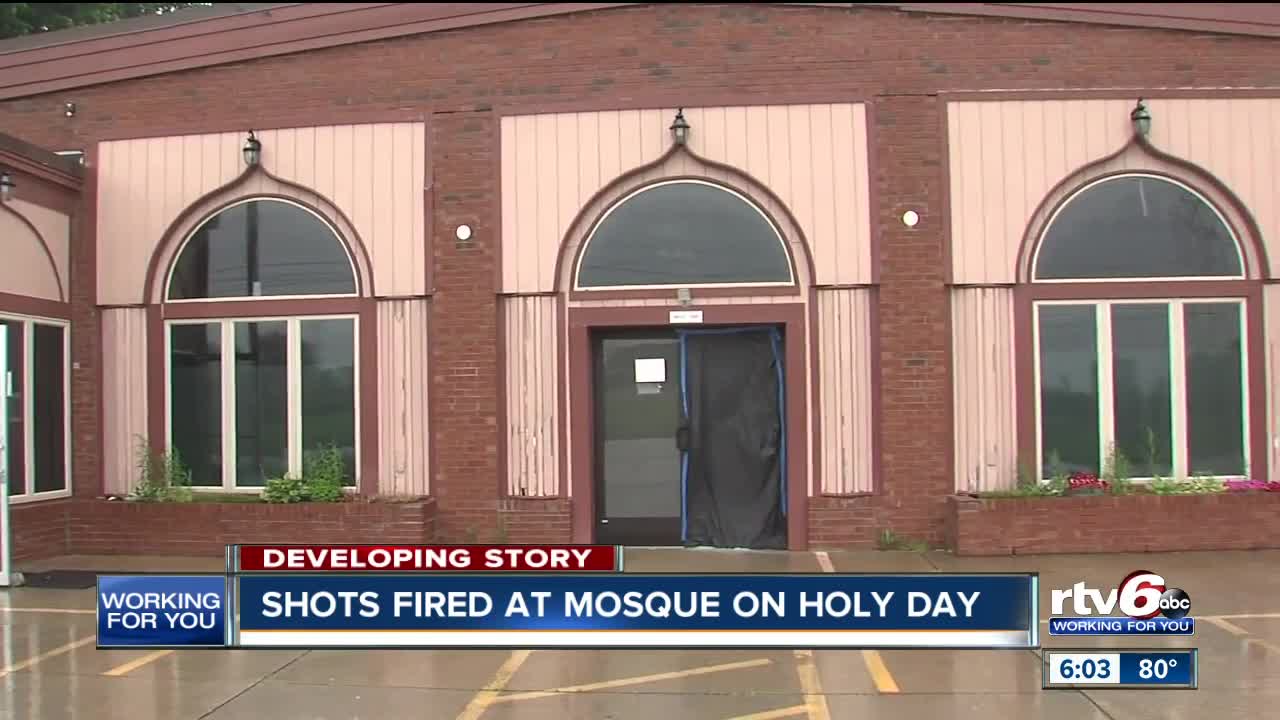 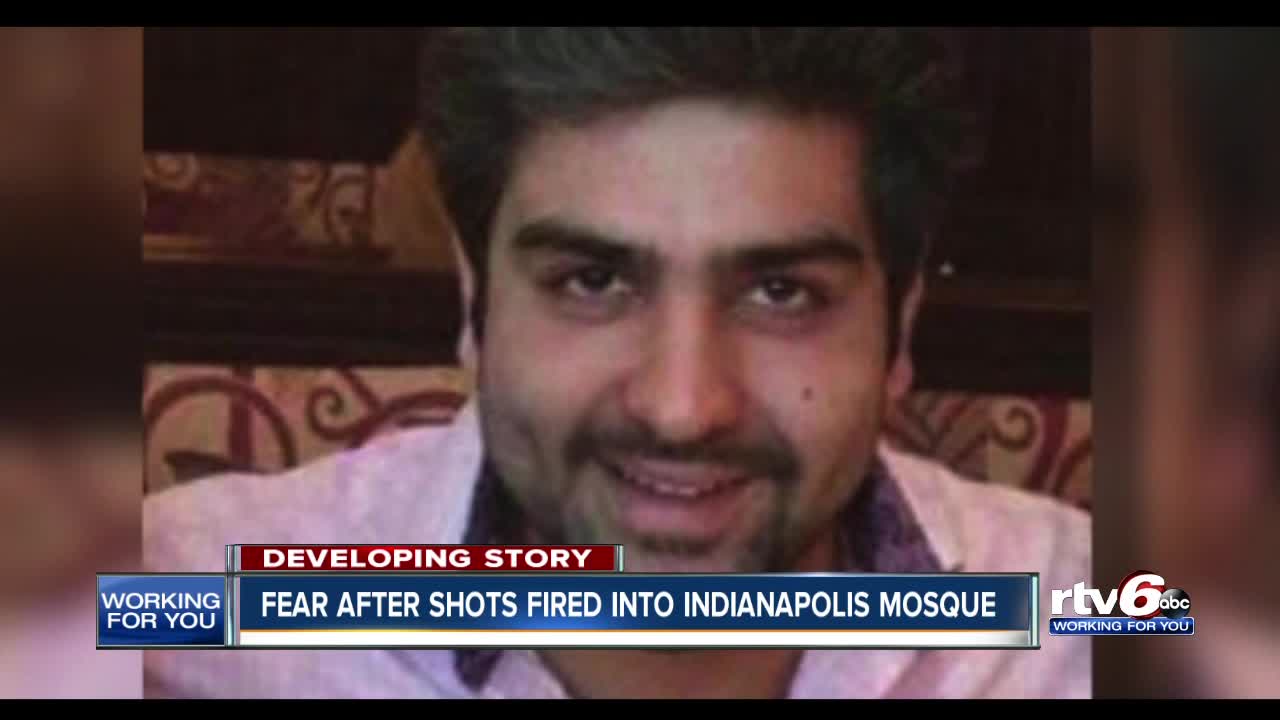 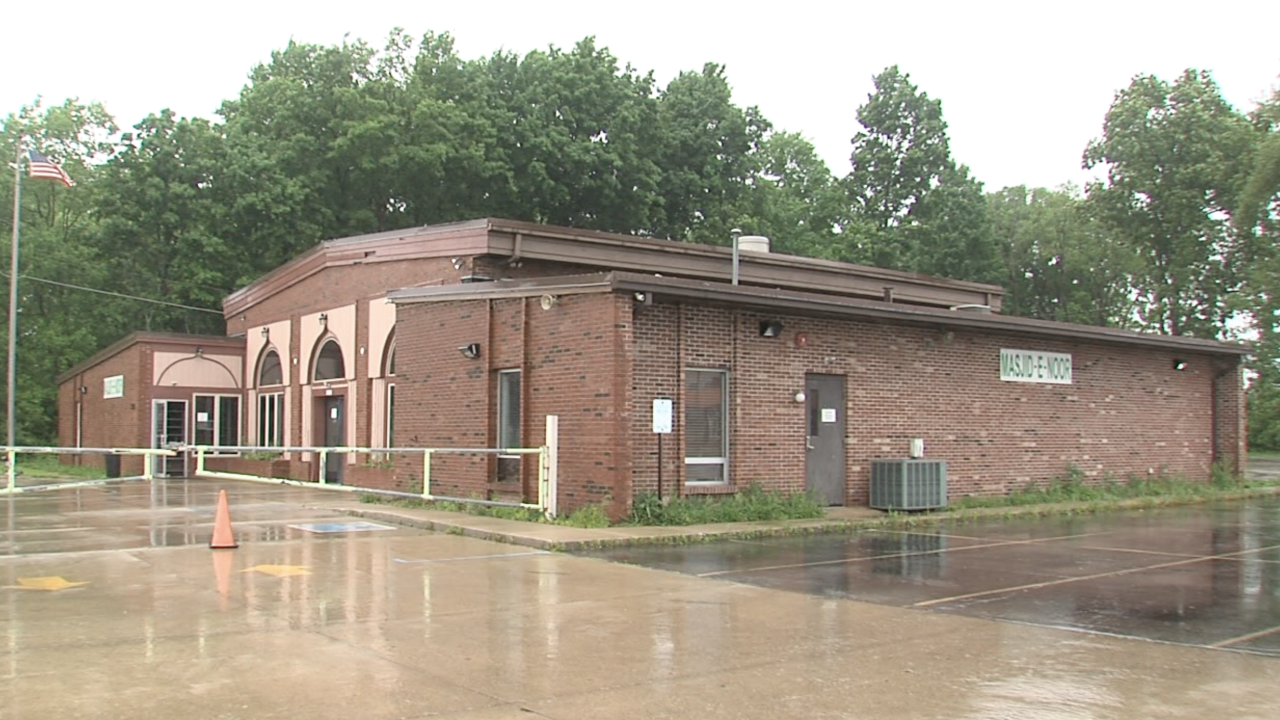 INDIANAPOLIS — The Muslim community in Indianapolis is calling for a hate crime investigation after they say someone fired several shots into a mosque on the city's northwest side while members were inside.

The shooting happened Saturday around 9:30 p.m. at the Masjid E Noor on Lafayette Road. According to a police report, someone fired shots into the building and vehicles that were parked outside.

"When we stepped outside, we saw that my car was struck," Mohammed Momair Chughgai said during a press conference held Thursday morning. "The windshield was struck and the glass door was struck and one bullet in through the wall."

The Indiana Muslim Advocacy Network says the shots fired into the mosque came on Eid Al-Fitr, one of the holiest days of the Muslim calendar marking the end of Ramadan. It's a day the mosque would have typically been packed with families, although because of COVID-19 restrictions only a handful of members were actually there at the time of the shooting.

Members inside the building took cover and no one was injured but they are now calling on police to investigate the shooting as a hate crime.

"Shootings like the one at Masjid E. Noor have increased recently, with mosques and synagogues being the primary subjects of these hateful crimes," Syed Ali Saeed, President of IMAN said in a statement. "While the Muslim community does not currently have the benefit of any investigation results, we strongly suspect that the violence was motivated by hate and bigotry and urge the IMPD to run a transparent and thorough investigation. We will not tolerate bigotry in our Hoosier state and will continue to work with our allies to ensure that worshippers in Indiana can practice their faiths safely and peacefully."

We have reached out to the Indianapolis Metropolitan Police Department for more information but they are not releasing any additional details at this time.

"We are aware of the incident and are assisting IMPD as needed," Chris Bavender, public affairs specialist for the FBI Indianapolis office, said in an email.

You can read the full press release from the Indiana Muslim Advocacy Network below.

On May 24, 2020, Muslim Hoosier families gathered across the state to celebrate Eid-ul-Fitr, one of the holiest days in the Muslim calendar. That Sunday evening, Masjid-E-Noor was closed due to coronavirus precautions. However, a few members of the mosque were gathered in prayer to mark the end of Ramadan, the Muslim holy month, when bullets penetrated the windows and nearly struck some of the congregants, in an apparent hate crime against the mosque and an act of attempted murder against those inside. Fortunately, there were no casualties, primarily because an overwhelming majority of the mosques’ attendees had stayed home due to the pandemic.

Hoosier Muslim community leaders are calling on local law enforcement to vigorously investigate a possible hate crime motive for the shooting, to increase patrols directly in front of Masjid-E-Noor and other local mosques, and are calling on elected officials to publicly condemn such an overt act of violence.

The JCRC's statement on the Shooting at Masjid E Noor. We stand in solidarity with members of the Masjid E Noor congregation and the entire greater Indianapolis Muslim community.