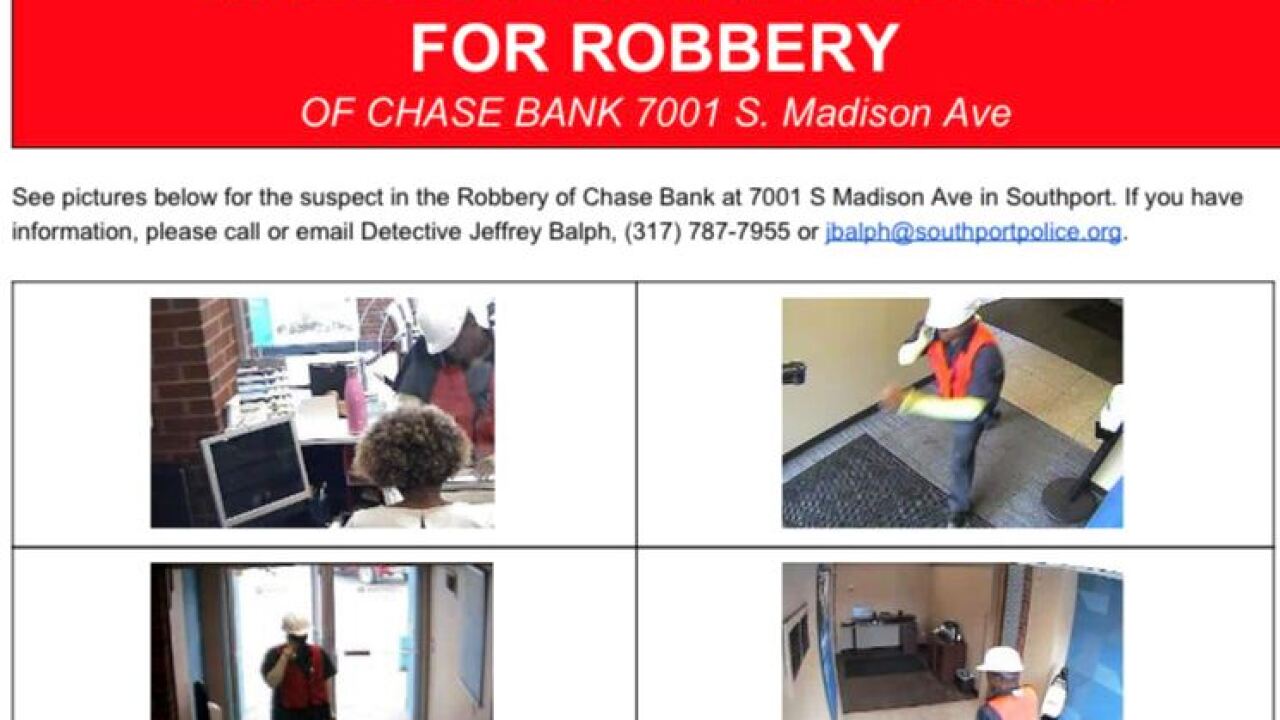 SOUTHPORT — Police in Southport are looking for a man wanted for questioning in connection with a bank robbery on Thursday.

Southport Police Department officers were called to the Chase Bank, at 7001 Madison Ave., on the report of a bank robbery, according to a press release from the department.

The man seen in security camera photos is wanted for questioning.

He allegedly claimed to have a weapon, but one was never seen, according to the release.

Anyone with information on the incident is asked to call or email Det. Jeffrey Balph at 317-787-7955 or jbalph@southportpolice.org.