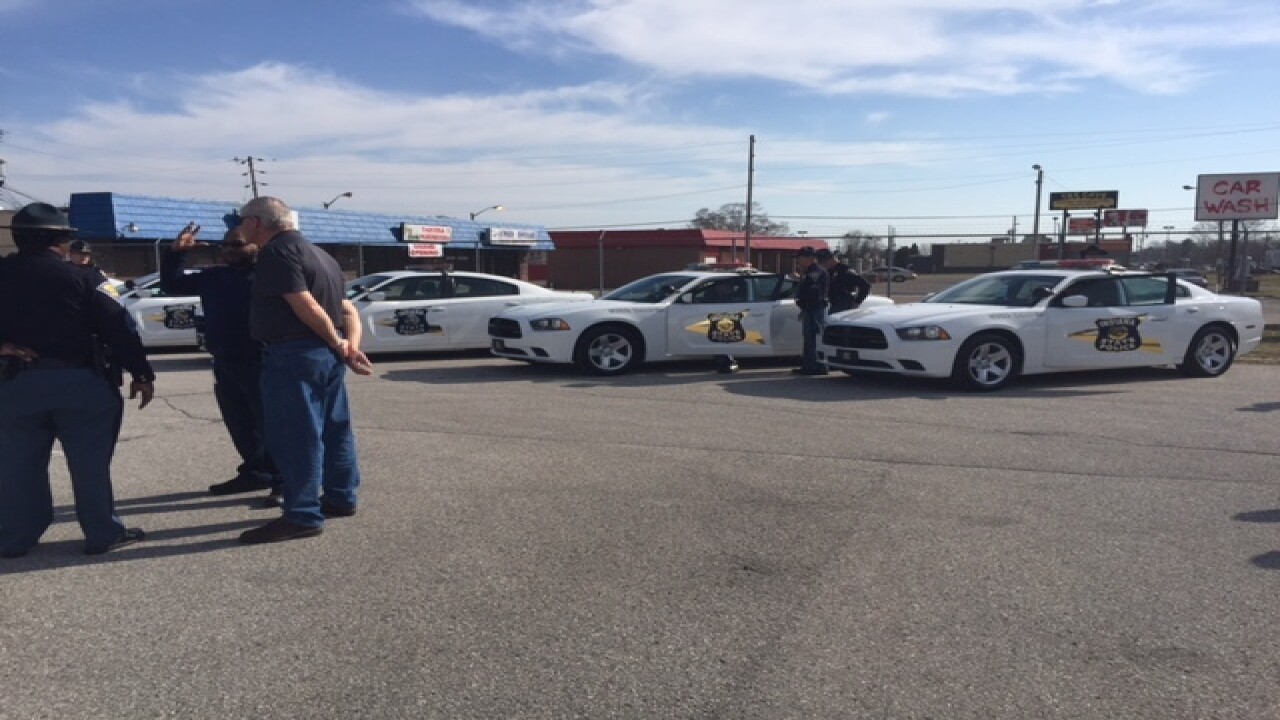 CRAWFORDSVILLE — Indiana State Police on Saturday said the man shot and killed by a state trooper on Friday allegedly grabbed a gun on his waist in the moments before the trooper opened fire.

It started around 3:48 p.m. Friday on U.S. 231 near County Road 550 North in Montgomery County, north of Crawfordsville. According to an Indiana State Police report, a trooper stopped and checked a 2007 Chevrolet Tahoe that appeared to be abandoned on the side of the road. After checking for occupants, the trooper tagged the vehicle to let other law enforcement officers know it had been checked, and continued to patrol.

State police said around 6:35 p.m. Friday, the same trooper was driving by the Tahoe and saw a second car, a white 2018 Dodge had pulled in front of the Tahoe. A man, later identified as Glenn A. Rightsell, 56, of Linden, was at the front of the vehicle with the hood up, troopers said.

According to the state police report, the trooper noticed a handgun on Rightsell's waist as he pulled around behind the Tahoe and parked with his emergency lights and spotlight on to investigate why the second vehicle was there.

State police said as the trooper approached, he identified himself as a law enforcement officer and gave verbal commands to Rightsell. According to the report, Rightsell failed to comply with the orders and allegedly grabbed the gun on his waist. The trooper drew his firearm and fired on Rightsell, striking him at least once.

The trooper retreated to his police vehicle, reported shots fired and requested assistance. Montgomery County sheriff's deputies arrived and first aid was administered to Rightsell, who was transported to Franciscan Hospital in Crawfordsville, where he was pronounced dead.

The shooting will be investigated by the Indiana State Police and the findings will be forwarded to the Montgomery County Prosecutor's Office for review.

State police said the trooper's name will be released at a later date.