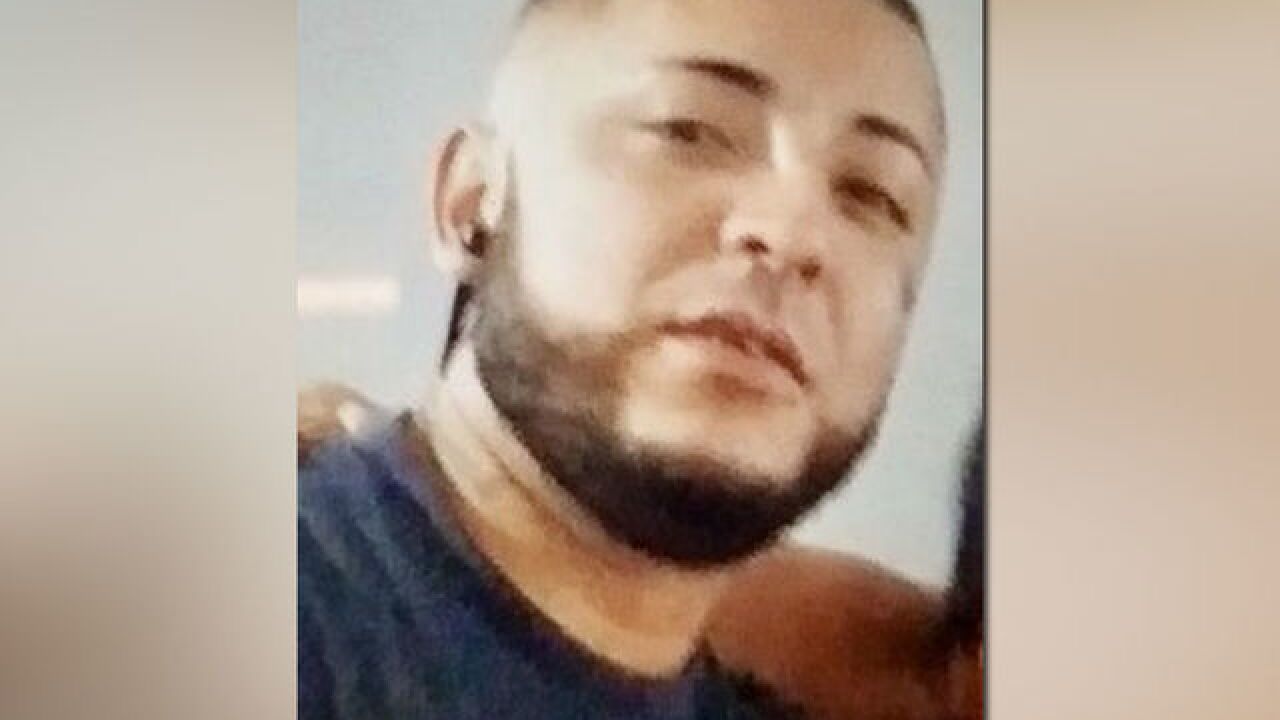 Copyright 2018 Scripps Media, Inc. All rights reserved. This material may not be published, broadcast, rewritten, or redistributed.
<p>Narkeen Altamirano, 29</p>

INDIANAPOLIS -- A suspected member of the Syndicato de Nuevo Mexico criminal organization is wanted on murder charges in connection with a fatal shooting at a party earlier this month.

Narkeen Ahmed Altamirano Ubeda, 29, was charged Wednesday with murder and carrying a handgun without a license in connection with the death of 31-year-old Pedro Membreno at a party on the west side Aug. 18.

According to a probable cause affidavit filed in the case, police believe the two men got into an argument when Membreno confronted Altamirano about being disrespectful to people at the party.

Police eventually found Membreno dead in the back of a truck in the 1500 block of Indiana Avenue after the vehicle sustained a flat tire while attempting to transport him to the hospital.

Witnesses described Altamirano as a Hispanic male with a buzz cut and multiple tattoos – among them a large tear drop under his right eye, a triangle on one of his hands and the numbers “505” on an arm.

On Friday, IMPD put out an alert asking for information about Altamirano’s whereabouts. Anyone with information in the case is asked to contact Crime Stoppers at 317-262-TIPS. Your call may remain anonymous.