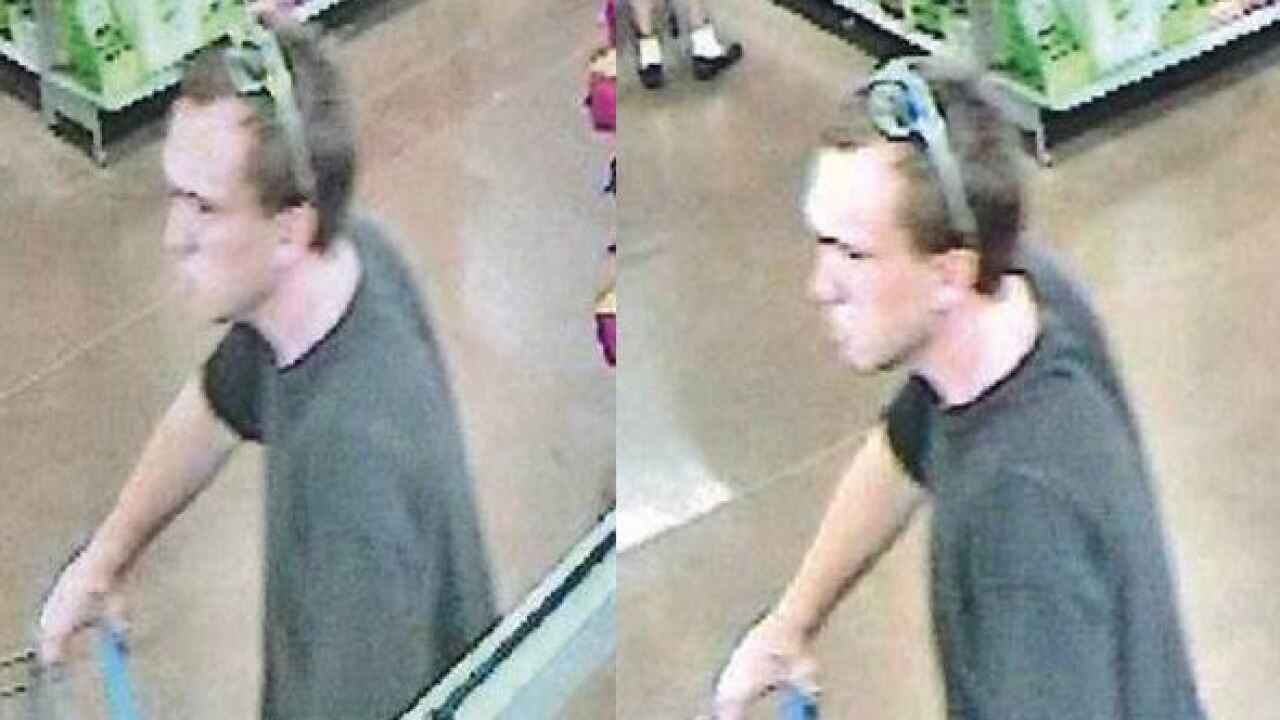 INDIANAPOLIS — Police are asking for the public's help to identify a suspected shoplifter who struck an officer with his vehicle as he was trying to escape.

Indianapolis Metropolitan Police Department officers were called to the Walmart at 4650 S. Emerson Avenue just after 5:45 p.m. on August 17 for a report of a shoplifter who had struck security. IMPD says an off-duty IMPD officer was working at the Walmart assisting with security when he attempted to apprehend a shoplifter. The shoplifter struck the officer with his vehicle, a silver four-door sedan, before driving away.

The officer was transported to the hospital with minor injuries and later released.

Detectives are asking anyone who may be able to identify the suspect above to contact them. You can reach Detective Carroll at 317-327-6331 or Crime Stoppers of Central Indiana at 317-262-8477.